What you need to know about hydroxychloroquine, Trump’s new favorite treatment for Covid-19 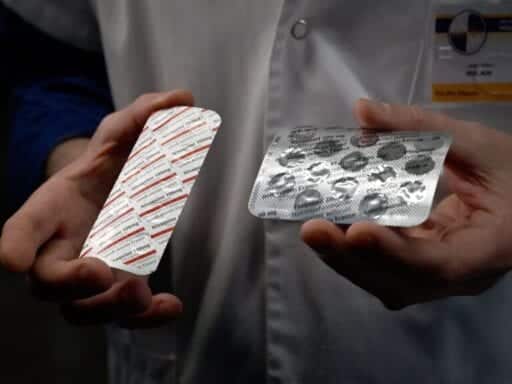 Trump wants to use the anti-malaria drug to treat the new coronavirus, but the evidence is lacking.

In one of the key moments of his March 20 press conference about the Covid-19 coronavirus pandemic, President Trump touted hydroxychloroquine, a common anti-malaria drug, as a potential treatment for the illness, even while the top health official beside him urged caution about it.

“This is prescribed for many years for people to combat malaria, which was a big problem and it’s very effective,” Trump said. “It was a strong drug.” He later added, “I sure as hell think we ought to give it a try.”

Dr. Tony Fauci, the director of the National Institute of Allergy and Infectious Diseases and a beacon of evidence-based policy in the administration’s botched pandemic response, had been asked by a reporter whether hydroxychloroquine could be used against Covid-19 after reports surfaced this week of doctors using it in other countries to treat patients. Fauci was clear: The evidence was thin and anecdotal. (Their extended exchange was bizarre and revealing, as my colleague German Lopez reported.)

But what is the deal with hydroxychloroquine, you ask? With the spread of the coronavirus across the world and increasing numbers of infected people, there’s now an international race to develop effective treatments for Covid-19. And hydroxychloroquine, a less-toxic derivative of chloroquine, another malaria drug, has emerged as one of the frontrunners. (Chloroquine itself is related to quinine, an ingredient in tonic water.)

Hydroxychloroquine, the less toxic version, is an appealing option mainly because it’s an off-the-shelf drug. Companies know how to make it, there are low-cost generic versions available, and the drug has already been tested and approved for use against malaria and to treat inflammation in conditions like arthritis.

But as Fauci noted, it has not been approved as a treatment for Covid-19, and right now, the evidence for its effectiveness is sparse.

Chinese researchers showed in lab cell culture tests that hydroxychloroquine can slow infections from the virus behind Covid-19, SARS-CoV-2, blocking it from entering cells. Some doctors in China and South Korea have also used it to treat patients. And a recent study by researchers in France found that the drug was “efficient” in clearing upper airways from the virus in three to six days in most patients. That timing is important because an untreated infected person can transmit the virus for 20 days or more, even without showing symptoms. So it’s important to shrink the amount of time a person carries the virus in order to limit its spread.

“Such results are promising and open the possibility of an international strategy to decisionmakers to fight this emerging viral infection in real-time even if other strategies and research including vaccine development could be also effective, but only in the future,” the French researchers wrote. “We therefore recommend that COVID-19 patients be treated with hydroxychloroquine and azithromycin to cure their infection and to limit the transmission of the virus to other people in order to curb the spread of COVID-19 in the world.”

But the researchers only looked at 36 patients and only 26 actually received hydroxychloroquine in the study — a tiny sample size. Hydroxychloroquine can also have side effects like headaches, dizziness, and diarrhea, so it’s not something that doctors can blanketly prescribe. And the study wasn’t blinded, meaning the patients knew what they were getting, nor was it randomized. That limits the scientific merit of the study.

That said, there are plans for wider testing. At least six clinical trials for hydroxychloroquine are recruiting patients or in planning stages around the world. In the meantime, health officials are scrambling to get enough Covid-19 tests and to build up the capacity to care for a looming surge in patients.

Right now, the most effective way to fight the virus remains not getting infected in the first place, which means using good personal hygiene like handwashing and social distancing measures.

“It all happened so fast”: 3 people on getting the Covid-19 vaccine by chance
Congress’s count of the presidential electoral votes, explained
How Leonardo da Vinci’s catapult worked
Surgical gowns cost my hospital 40 cents before the pandemic. Now they’re $9.
Trump reportedly hid details of his meetings with Putin from his own administration
Why Netflix’s Russian Doll keeps referencing Emily of New Moon