Where could the next coronavirus jump to humans? New research offers clues. 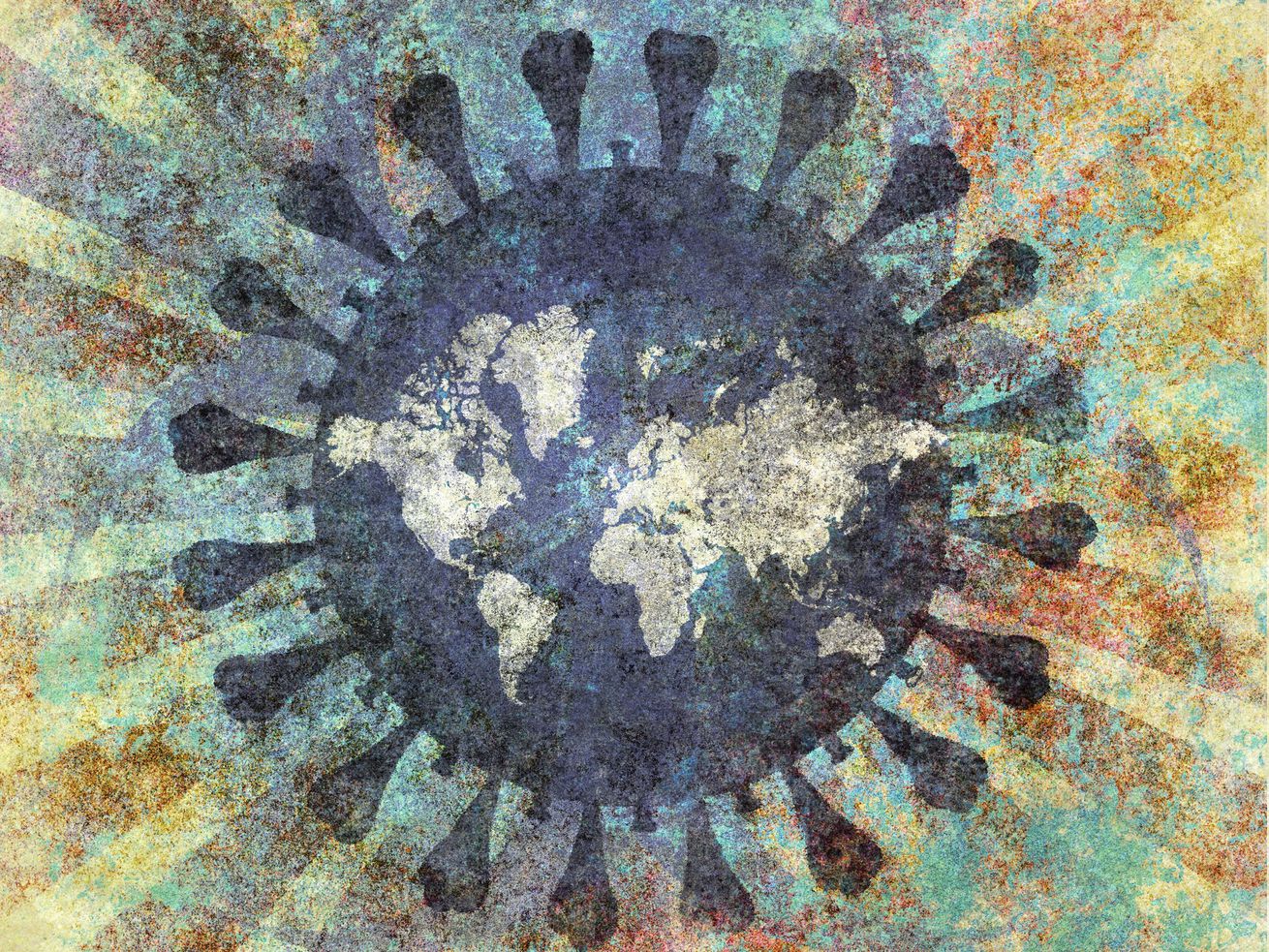 Scientists mapped regions where new coronaviruses may be most likely to spread from wildlife to people.

This story is part of Down to Earth, a Vox reporting initiative on the science, politics, and economics of the biodiversity crisis.

For well over a year we’ve been living through the devastating consequences of a highly transmissible coronavirus. While the pandemic it caused is unprecedented by many measures, the novel coronavirus that causes Covid-19 is just one of many SARS-related coronaviruses lurking among wildlife in some regions of the world, many of which could theoretically jump to human populations under the right conditions.

Figuring out what those conditions are is an urgent priority, and scientists have made a lot of progress on that front. They’ve learned, for example, that when forests get fragmented by deforestation or roads, it increases the likelihood of a virus “spilling over” from animal to human. What’s more of a mystery is where, exactly, those conditions come together to create the highest risk for the next coronavirus emergence.

A new analysis, published Monday in the journal Nature Food, begins to answer that important question — specifically, by pinpointing where another coronavirus could jump to humans from horseshoe bats, which are known to carry SARS-related coronaviruses. By combining data on horseshoe bat habitats, land-use change, human population density, and other factors known to increase the risk of spillover, the researchers produced a map of “hot spots” in Asia and Europe where the risk is highest.

While the study doesn’t offer new insights about the origins of the novel coronavirus, which researchers suspect came from bats, it does point out where similar coronaviruses could emerge in the future. Alarmingly, the study finds that in many regions, especially southern China, these spillover risks are high. And it provides yet more evidence that preventing the next coronavirus pandemic will require reducing the root causes of a spillover, such as deforestation — not just responding to outbreaks after they happen.

The perfect recipe for a spillover

Outbreaks of zoonotic diseases — that is, those stemming from animals — are on the rise. And, unfortunately, we’re largely to blame. Among the key drivers of pandemics are deforestation and the destruction of wildlife habitat, according to a report by the Intergovernmental Platform on Biodiversity and Ecosystem Services (IPBES). In fact, nearly a third of new diseases that emerged since 1960, such as Ebola, can be traced back to land-use change, the report indicates.

At its core, the problem with land-use change is that it creates more opportunities for humans to come into contact with wildlife. Fragmenting a forest, for example, increases the amount of forest edge — where forests meet human settlements — and drives wild animals into urban areas. “Tropical forest edges are a major launch-pad for novel human viruses,” a cadre of scientists wrote in Science last summer.

Research has shown that humans and their farm animals are more likely to come into contact with wildlife when more than a quarter of the original forest is gone, and that fruit bats are more likely to forage close to humans when their habitat is impacted. What’s more, destroying habitats may be making wildlife that can host human pathogens — such as bats and rodents — more abundant.

Land-use change is just one factor that scientists say could help a virus jump from animals to humans. Dense human populations also pose a risk, as do intensive farming practices. Livestock, for example, can harbor a number of pathogens and have been implicated in several major outbreaks, such as H1N1 influenza and Nipah virus. The risk is even higher among modern farm operations, which tend to pack a large number of animals into small spaces, and often, those animals have weak immune systems.

While these risk factors are pretty clear, what’s less obvious is where they converge and what that means for us.

Mapping the risk of a virus outbreak

To date, most research into coronaviruses has focused on how they jump from one human to another, said Paolo D’Odorico, a study co-author and a professor of environmental science at the University of California Berkeley. While that serves an obvious benefit, it’s left a gap in our understanding of how these viruses move from wildlife to humans, which D’Odorico and his co-authors sought to help fill.

When the lockdowns began last year, they started gathering data on land-use change, livestock density, human density, and a handful of other drivers of spillover. Then they overlaid that data with the habitat of horseshoe bats in Asia and Europe. Horseshoe bats are known to host a large number of SARS-related coronaviruses, including one closely related to SARS-CoV-2, the virus that causes Covid-19.

With all that information, researchers produced the hot spot map, which highlights areas where those risk factors overlap with bat habitats. The dark red dots indicate areas where there’s a high risk of a coronavirus jumping to human populations, said David Hayman, another co-author and a professor of veterinary science at Massey University in New Zealand. The blue dots, by contrast, indicate where there are relatively few drivers of spillover.

The key takeaway, Hayman says, is that there are still large parts of southern China where there’s a high risk that a new coronavirus could emerge. “The conditions [for spillover] are still there,” Hayman said. “That means that there may well be new emergence events.”

Importantly, the scientists also mapped out regions that are not yet hot spots but could soon become ones if there’s an increase in forest fragmentation or other known drivers of spillover. They include an area south of Shanghai, China, in addition to Japan and the north Philippines.

“These are the places you need to be doing disease surveillance to watch for new emerging infections,” Hayman said.

Two researchers who were not affiliated with the study said the research is important and adds a new dimension to the conversation about coronavirus outbreaks. Some previous efforts to pinpoint the next emergence have relied on the location of past outbreaks, which isn’t that useful, said Andrew Dobson, a professor of ecology and evolutionary biology at Princeton University. This research goes a step beyond that by focusing on what causes a spillover in the first place, Dobson said.

“This study very nicely paints a picture for where in the world there is an overlay of some of the most important factors that drive zoonotic viruses like SARS-CoV-2 to emerge,” said Jon Epstein, a vice president of science and outreach at EcoHealth Alliance, which is a nonprofit focused on wildlife and public health. (Epstein was not involved in the study; however, his colleague at EcoHealth Alliance, Peter Daszak, was involved in the World Health Organization’s effort to investigate the origins of the novel coronavirus earlier this year, which has sparked controversy.)

Just because a particular area has a higher risk of a spillover event doesn’t mean that one is likely to occur or that it will become a pandemic. Various measures, such as protocols to protect livestock from disease — which were not incorporated into the study — can lessen the risk.

When you’re living through the devastation of a pandemic, it’s hard to look toward the future, let alone prepare for another pandemic. But it’s critical that we do, scientists say. They estimate there are almost 1.7 million undiscovered viruses in mammals and birds, and half of them could be able to infect humans.

Covid-19 has been a wake-up call, Dobson said. “The most important thing is working out what we have to do to reduce the rate of these events occurring,” he said. And we already have a pretty good idea about where to begin: stemming deforestation and forest fragmentation.

People who live in hot spots, for example in southern China, “should put more pressure on politicians to address these mechanisms,” Dobson said. Policymakers can also use the analysis to figure out how to prevent certain regions from becoming hot spots in the future, said Cristina Rulli, the study’s lead author and a professor of hydrology at the Italian university Politecnico di Milano.

The cost of conserving forests and regulating wildlife trade would be far less than what we pay for pandemics, according to research by IPBES. Reducing deforestation also comes with all kinds of other benefits: Healthy forests absorb carbon dioxide, clean the air and water, and harbor biodiversity.

Meanwhile, the agriculture industry, which is growing rapidly, should take steps to prevent livestock from becoming infected, Epstein said. “As farms grow and intensify, they are vulnerable to outbreaks of wildlife viruses,” he said. “So, specifically, one thing we can focus on is biosecurity on farms.” That includes measures like ensuring that bats aren’t roosting around a farm.

We also have a lot more to learn, experts say, about the way spillover works and what’s happening on the ground in these regions.

“The biggest scientific problem of this century is understanding how natural ecosystems work,” Dobson said. We’ve known how to send a rocket into space for decades now, he said. But understanding how diseases spill over from wildlife to humans? Well, that is a “much harder set of mathematical problems.”

The last debate was crucial for the New Hampshire primary results
Weed was the real winner of the 2020 election
Quarantine horniness, explained by a sex researcher
Vox Sentences: Bye Bye Endangered Birdy
1,000 people sent me their addiction treatment stories. Here’s what I learned.
Terrazzo used to be kitschy. Now it’s on everything from Spalding basketballs to Madewell dresses.