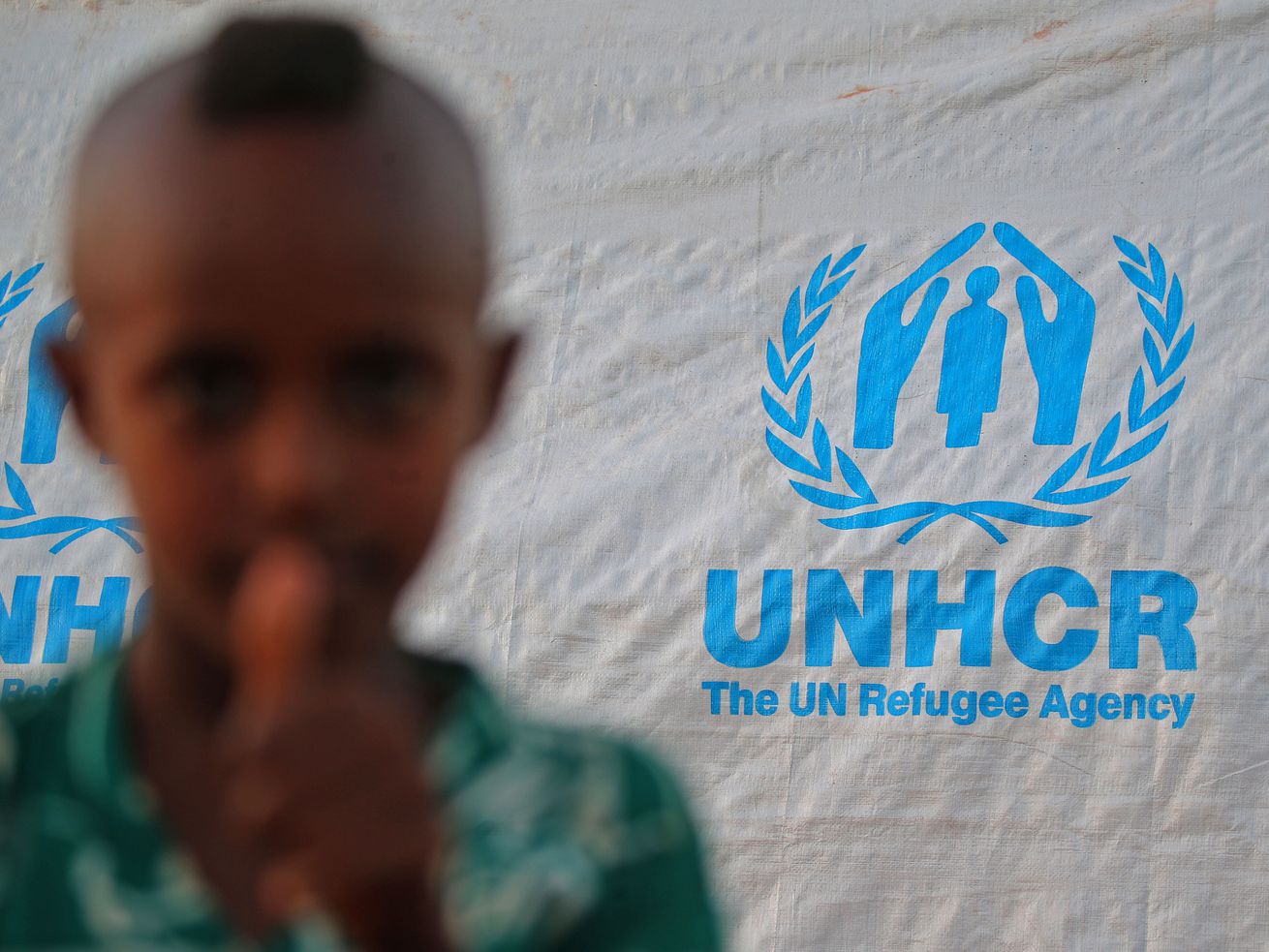 Conditions at the US-Mexico border have derailed Biden’s refugee agenda.

On Friday afternoon, President Joe Biden announced that he would not increase refugee admissions this fiscal year, saying that the current annual cap of 15,000 — a record low set by the Trump administration — “remains justified.”

Less than two hours later, after sharp blowback from Democratic members of Congress and refugee advocacy groups, the White House made an about-face, clarifying that Biden would actually be issuing an unspecified, increased cap by May 15.

White House press secretary Jen Psaki passed it off as a misunderstanding and told reporters on Monday that Biden always had the intention of increasing refugee admissions down the line if the US was able to reach the existing cap before the end of the fiscal year in October.

But the controversy confused and dismayed immigrant advocates who had expected Biden to take a more open-arms approach US refugee policy, particularly after promising on the campaign trail to raise the refugee cap to 125,000 or even higher — which Psaki described Monday as more of an “aspirational goal.”

It also laid bare the practical challenges of restoring an immigration system that former President Donald Trump sought to dismantle, and revealed the enduring political power of his anti-immigrant and anti-refugee rhetoric.

The White House has framed Biden’s failure to act on his promises to increase refugee admissions so far as the result of a scarcity of resources and manpower at refugee agencies that were hollowed out by the previous administration.

But it seems as though the arrival of record numbers of unaccompanied children at the southern border and Republicans’ efforts to label it a “Biden border crisis” may have also stymied momentum on refugee issues, which were once a bipartisan priority.

“The right-wing media ecosystem and Republican members of Congress are cranking this issue up every day and in every way,” Frank Sharry, executive director of the immigrant advocacy group America’s Voice, said in a statement. “If the President holds his nerve and resists the reflex to use cruelty to deal with political pressures, he can forge a workable immigration system that is, at once, both orderly and humane.”’

Unlike many of the president’s other policy priorities — some of which have been stalled in the 50-50 Senate — raising the refugee cap is something Biden could do unilaterally by issuing a presidential proclamation.

But Psaki said during a briefing on Monday that the “challenge is not the cap.”

“The challenge is the ability to process, the funding, the staffing [to] welcome refugees,” she added.

The Department of Health and Human Services’ Office of Refugee Resettlement, which assists in the resettlement and integration of refugees, is already overwhelmed by the immense task of caring for unaccompanied children arriving on the southern border.

Psaki said that the Biden administration has been considering reallocating funds to effectively address both the situation on the border and refugee admissions simultaneously, but that the administration is not yet weighing an emergency supplemental budget request to Congress.

Nongovernmental organizations that help resettle refugees are also in the process of rebuilding. Under Trump, they saw their federal funding decrease due to lower admissions levels, forcing them to substantially scale back their infrastructure and staffing to keep their resettlement programs afloat. More than 100 resettlement offices closed, and many government staff tasked with processing refugees abroad were laid off or reassigned.

The Covid-19 pandemic has further complicated things, particularly after the US paused its refugee program entirely for a period of months last year. It meant that the US only resettled a total of 11,814 refugees in the last fiscal year, falling well short of the ceiling for that year and leaving a total of 35,000 refugees who have already been vetted by the federal government stranded abroad.

Anticipating some of those challenges, Biden tempered his campaign promise to resettle 125,000 refugees once he took office, instead setting an initial goal of admitting 62,500 refugees this fiscal year. But Psaki said in a statement Friday that, after evaluating the status of the refugee program, even that reduced goal was looking “unlikely.”

“It took us some time to recognize how hollowed out these systems were,” she said.

The task of rebuilding is urgent. The pandemic has only deepened the plight of the world’s most vulnerable populations. There are more refugees, asylum seekers, and internally displaced people today than at any time since World War II, and those numbers are only growing due to ongoing crises in Hong Kong, Syria, Venezuela, and other countries.

Practical concerns weren’t the only factor in Biden’s decision not to immediately increase the refugee cap. Several media reports have cited administration officials who say that the humanitarian crisis at the border has made the White House wary of drastically increasing the refugee cap for fear of political fallout as the GOP tries to paint Biden as too soft on migration.

It’s a sign that Trump and his virulently anti-immigrant senior adviser Stephen Miller, were able to change the narrative around the refugee program, which had historically flourished under both Republican and Democratic presidents who acknowledged the US’s role in modeling how a powerful country should support people fleeing desperate situations in their home countries.

Even in previous Republican administrations seeking to curtail immigration, no one ever set the cap on refugee admissions as low as Trump did. President George W. Bush briefly cut the number of refugees admitted after the 9/11 attacks, but even then, the limit was set at 70,000.

Rather than deeming refugees worthy of protection, Trump portrayed them as a terror threat and a drain on US resources. On the campaign trail, Trump sought to stir up fear about Syrian refugees, baselessly suggesting that they were raising an army to launch an attack on the US and promising that all of them would be “going back” if he won the election. He said that he would tell Syrian children to their faces that they could not come to the US, speculating that they could be a “Trojan horse.”

And in September 2019, he issued an executive order that allowed local governments that do not have the ability to support refugees in becoming “self-sufficient and free from long-term dependence on public assistance” to turn them away, though courts prevented it from going into effect.

Miller also lobbied heavily to reduce the refugee cap to zero and has continued to do so since leaving the White House, arguing that the US is already fulfilling its obligations by absorbing migrants arriving on the southern border. In doing so, he disingenuously conflates asylum seekers with refugees. But the two categories are distinct, and the US must protect both populations under its own laws and international human rights agreements.

Migrants can apply for asylum only after they have arrived in the US or at the border and if their claim is found to be valid, the US is under obligation to offer them protection. There is no concrete limit on how many asylees the US accepts in a given year. Refugees, on the other hand, are typically processed by humanitarian agencies abroad and sent to the US for resettlement.

Despite the fact that the refugee admissions program and the asylum system are separate, the Biden administration has still used conditions at the border to justify maintaining Trump’s refugee cap, echoing some of the Trump administration’s talking points.

“Welcoming the persecuted is our moral and legal obligation, and it is not a zero-sum game,” Blaine Bookey, the legal director for the Center for Gender and Refugee Studies, said in a statement. “The United States is more than capable of both resettling refugees and instituting a fair process for families, children, and adults seeking asylum at the border.”

Beyond Dungeons & Dragons: A guide to the vast, exciting world of tabletop RPGs
The UK coronavirus mutation has been found in the US
Testing delays are ruining America’s chances of stopping Covid-19
A historian on the perils of chaotic White House transitions
“A great day for 30 percent of America”: SNL takes on Trump’s acquittal in its cold open
Reading Roald Dahl’s Matilda as a queer classic