Why NASA quarantined the Apollo 11 astronauts 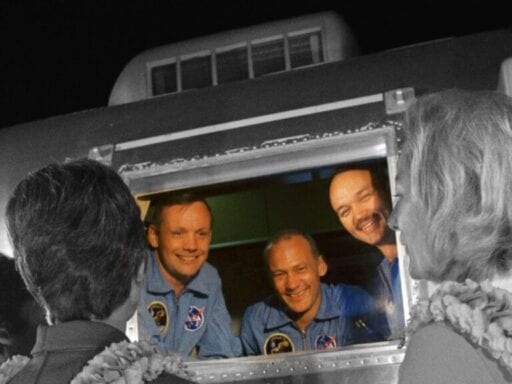 NASA wanted to stop a potential lunar plague. This is how it worked.

As shown in the video above, it was an unusual process for an unprecedented task: keeping potential moon germs from entering the Earth’s atmosphere (and affecting its population).

To isolate the Apollo astronauts from Earth, NASA went to extraordinary lengths, clothing them in “biological isolation garments,” transporting them on a converted Airstream trailer, and quarantining them for weeks in a Lunar Receiving Lab built specially for analyzing moon samples — and, of course, for holding the men who went there.

The quarantine was a strange capstone to the journey to the moon — but a necessary one that’s surprisingly resonant today.

Watch the conversation above to learn more.