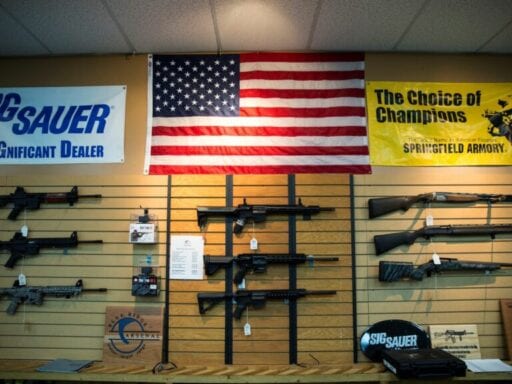 When we look at the top video game–consuming countries, there’s one clear outlier.

Republican leaders are again saying video games are the problem.

After two deadly mass shootings over the weekend in Ohio and Texas, which killed more than 30 people thus far, House Minority Leader Kevin McCarthy said that “video games that dehumanize individuals” are the problem.

There is plenty of research debunking video games as the cause. But since McCarthy and other Republicans continue to blame video games, here’s a simple chart showing the top video game–consuming countries and the number of violent gun deaths in each of them.

One of these countries is an outlier.

There is research showing violent video games can make people more physically aggressive — but this is true of people in all countries, not just the US.

But the story isn’t that Republicans are blaming video games. Rather, it’s that they’re blaming anything other than lax guns laws and the huge number of firearms in this country.

Correction: A previous version of the chart, above, had South Korea and China as the two countries with the most per capita video game revenue, with Japan in tenth position.

News comes at you fast. Join us at the end of your day to understand it. You can listen to Today, Explained wherever you get your podcasts, including Apple Podcasts, Google Podcasts, Spotify, and Stitcher.

This pregnant black mom was accused of hiding stolen goods under her shirt
SNL mocks the 6th Democratic debate — and turns it into the Jerry Springer show
A Republican effort to sabotage Obamacare was just rejected by the Supreme Court
Daniel Pantaleo, the NYPD officer involved in Eric Garner’s death, has been fired
Supernatural’s 15th season will be its last
The Handmaid’s Tale season 2 was masterful. But it may have broken the show.