Why you might feel the urge to overspend right now 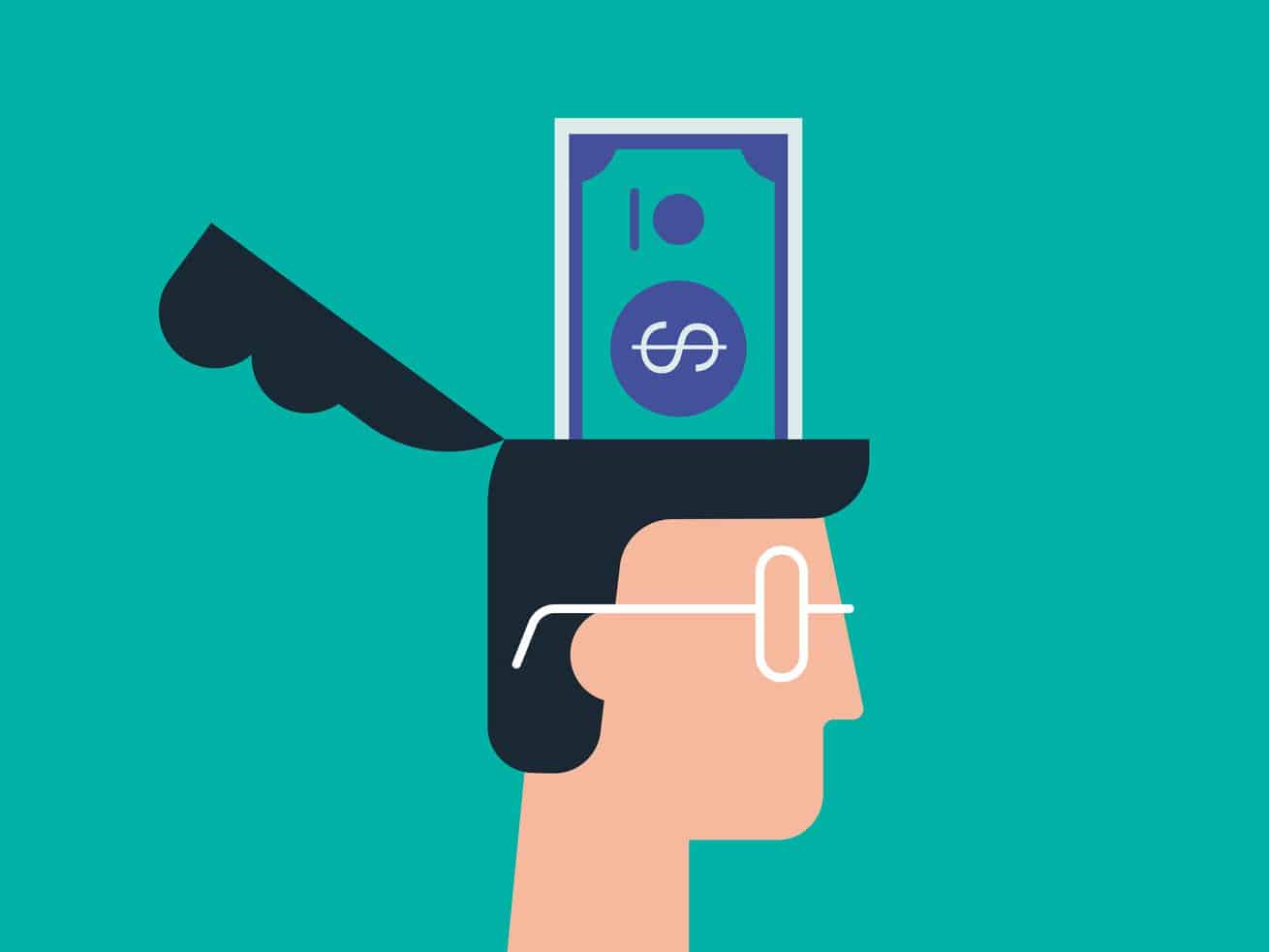 As the US opens back up, the impulse to spend money to alleviate tough emotions could take hold.

Yes, I had a budget on the day I looked up when my favorite outdoor venue would again open for concerts.

Yes, I had a financial plan in place when I saw the words “Tame Impala rescheduled” and felt a memory flash of standing in a crowd listening to that same band, on that same stage.

Yes, though I have a financial accountability coach, I lost consciousness and came to 90 seconds later with a two-Tame-Impala-ticket-sized hole in my budget.

Yes, I am concerned.

After this year of no — no festivals, no plays, no shopping in stores without concern for a deadly virus — “no you can’t” is slowly transforming, with 60 percent of adults in the US now having at least one dose of the vaccine, to “yes you can.” Many of us, regardless of disposable income levels, will and will and will, budgets be damned, if we don’t prepare for the powerful emotions about to swoop through our experience-deprived brains.

Our minds, it turns out, are not spreadsheets. That’s the idea behind behavioral economics, the fairly new field that studies how humans operate around this invention we call money. Unlike previous thinking from the field of economics, our decisions don’t come from formulas, but a mishmash of the feelings, reactions, and mental shortcuts whittled by evolution to keep us alive in the wild, within small tribes, without consideration for targeted Instagram ads for peep-toe espadrilles.

Behavioral economics has identified more than 100 ways people of all financial backgrounds fail to think straight when it comes to money. And as the pandemic shifts in the US, our thinking is about to get much blurrier.

Our minds, it turns out, are not spreadsheets

One reigning factor that stands out as a determinant of how we behave is where we fall on the spectrum of cold state to hot state. Ever been hangry? That’s a hot state. Seen a thirst trap? Hot state. It’s when emotions like fear or exhaustion take over.

“What has been building up for a year and what is about to be released is an enormous amount of pressure,” said Brooke Struck, research director at the Decision Lab, a behavioral design think tank. “We are all about to enter a massive hot state, more or less at the same time.”

Hot states aren’t necessarily a bad thing. They can be, as Struck describes them, some of the richest experiences we have. They’re intense and powerful, and they exacerbate other biases. They reduce us to something less like adults and more like toddlers.

“If you think you can talk yourself out of a hot state,” said Struck, “you don’t understand a hot state.”

In Daniel Kahneman’s Thinking, Fast and Slow, he describes our cold, higher thinking as slow thinking, and the hot thinking I did (or didn’t do) before buying those tickets as fast thinking. They’re not discrete, explains Struck, but a wrestling match inside our brains.

“That’s where humanity lives. We’re all struggling with these two things at the same time, all the time,” he said. “So when you see those tickets, what comes to mind is this extremely vivid, positive memory of having been in that place and having that experience … you just have this overwhelming desire of I want.”

The tsunami of want that’s about to crash over us as the country reopens is going to be, as Struck says, very dangerous for our budgets. The hot states will strike intensely, perhaps set off by songs, smells, or the sight of a cafe where you used to meet up for lunch with the friends you haven’t hugged in a year. He talks about it as though we’re all about to get very drunk, and the only thing we can do is make sure we put away the sharp objects ahead of time.

A drunk person, for example, isn’t known to carefully consider the future repercussions of their actions. Similarly, hot states exacerbate our present bias, which makes us overvalue what we have now and devalue what that stranger known as us in the future will have, a trait familiar to anyone with vacation credit card debt.

If you think this doesn’t apply to you and you’ll be fine, that could be your restraint bias talking, the bias that makes you overestimate your ability to resist impulsive behavior. If you think that because you’ve been so good, perhaps by spending an entire year wearing your mask and forgoing public displays of Bon Jovi karaoke, you deserve to be a little bad now, that’s moral licensing. It’s the bias that serves as a little devil on your shoulder, convincing you you’re still doing good, even if you sin just a bit.

You might want to watch out for the bandwagon effect, where you jump into the Roaring Reopening spending just because all the cool kids are doing it, in your real friend group and in the groups you just watch on your social media feeds. Worse, there won’t be a designated financial driver among us, because though our experiences have varied widely, with many Americans continuing to work in public during lockdown, chances are that nearly everyone you know will have some kind of wild emotions about the opportunity to gather in a bar booth, enjoy a funny movie in a sea of IRL laughter, or dance in a laser-light crowd of fellow humans. (Though of course, there will be some who are so traumatized by the last year that they’ll hold on to everything they have, the same way Nana saves the used Glad Press’n Seal bits because of how she was shaped by the Great Depression.)

But we can work with these biases, says Amanda Clayman, financial therapist and host of Financial Therapy. We just have to understand them first. “With awareness comes an opportunity for self-agency,” she says.

Biases didn’t evolve to trip us up. They originally came about to help us.

“Just the idea of a cognitive ‘bias,’ I think it’s a bit pejorative. It’s a shortcut. And when we call it a bias, it’s just us identifying where we consistently run into problems,” Clayman told me. “I think we should have as much affection and humor for these cognitive biases as we can.”

“Our sense of availability has been really reset. You acted as if a concert ticket is completely scarce because your availability heuristic has been reset around when something is going to be an option,” said Clayman. “Our entire sense of what is available when and what is normal has been skewed by this experience.”

You know who has studied your biases? Marketers. And they know exactly where to poke them. Clayman adds that capitalist society trains us from an early age to think that if we have a negative feeling, we can find a product to fix it. We’re all going to be tempted to “solve” the trauma of the last year, as if a wild night at Target on the credit card could cheer us right up after living through a plague that’s killed more than 3 million people and continues to rage in many parts of the world.

Capitalist society trains us from an early age to think that if we have a negative feeling, we can find a product to fix it

“There’s a very natural human tendency to just try to fill that hole with positive stuff, without acknowledging that a lot of positive stuff is going to go straight [through] the hole,” said Clayman. “It’s not the same thing as healing.”

She says that what we’ll really need is human connection, safe spaces to talk about what we’ve gone through, and the uncomfortable experience of sitting with our feelings. Without processing the emotions of the last year, we’ll just try to shovel fun, novelty, and pleasure into the pit, and the expense is going to add up before we realize it’s not working.

Natasha Knox, a certified financial planner and chair of the board of directors for the Financial Therapy Association, says to listen for the moral licensing words, “I deserve it because …” It might be because you’ve been through so much or you’ve worked so hard.

“This sort of permission-giving has truth to it. It is true, collectively we have been through a lot and many people do work really hard,” said Knox. “You’re not wrong. You do deserve it. But then there’s future you. What does that person deserve?”

In order to reconnect and enjoy a bit more freedom while also protecting your future self, start setting aside some cash now that is, as Knox describes it, “safe to spend” without putting yourself in financial danger. Then create some cooling space between you and spending. Unsubscribe from all those sale emails. Turn off one-click pay. Don’t save your credit card in your web browser. Try to wait 24 hours before buying something unplanned. Most importantly, keep close the deeper reasons you don’t want to go financially wild (whatever that means to you) over the next few months, in addition to simply not causing yourself more stress and chaos.

“It really does have to boil down to that first, because if we’re just denying ourselves for no reason, that’s not sustainable and it usually doesn’t work,” said Knox. “The bigger why has to be front and center. Because it’s hard, and it’s been a terrible year.”

She recommends finding a photo that represents something you’re working toward getting a year to a few years out and making that your phone’s home screen or otherwise keeping it close.

“When something has been as dramatic as this year, the longer-term picture gets a little fuzzy,” Knox said, “So we have to bring that back into focus.”

Like biases, spending itself is not a bad thing. I’m happy to support the venue, the band, and even, if they open in time, Scott and Cindi, the owners of the nearby private campground, whom I’ve been worried about because I watched their business grow for so many years. This is an inextricable truth: Our spending is part of what will alleviate the Covid-19-inflicted financial suffering of our fellow humans. Consumer spending constitutes about 70 percent of the GDP, after all. So I’ll spend, but, knowing what I know now, I’ll spend as slowly as I can, at places I care about, tentatively finding ways to enjoy the new normal, and without causing another crisis for myself.

Paulette Perhach writes about creativity, finances, tech, psychology, and anything else that inspires awe for places like the New York Times, Elle, and Glamour. She posts regularly at WelcomeToTheWritersLife.com.

Kristin Lavransdatter is an amazing novel about how God doesn’t care if we live or die
Elon Musk’s tweet about taking Tesla private has triggered a federal lawsuit
Wisconsin is still holding an election Tuesday. Here’s when we might see results.
The Supreme Court’s drastic shift to the right, cartoonsplained
The next global pandemic could kill millions of us. Experts say we’re really not prepared.
Harvey Weinstein’s trial matters. Here are 4 resources to help make sense of it.