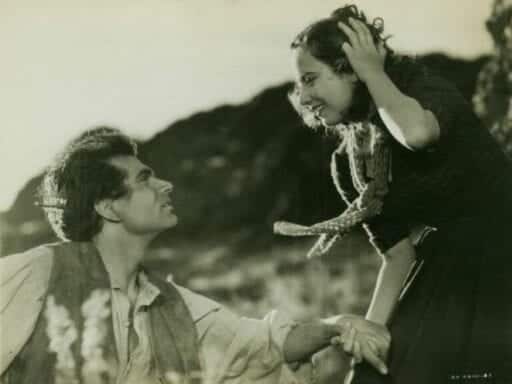 What makes Emily Brontë’s novel great is the way it thinks about abuse.

The cliché about bookish women and the novels of the 19th century is that you have to pick from three authors, and you’re only allowed to love one of them: Jane Austen, Charlotte Brontë, or Emily Brontë — you have to have one favorite, and whichever one it is says something profound about you.

Of the canonical three, personally, I will go to bat for both Austen and for Charlotte Brontë — witty women and sad men having charged conversations in the drawing room, sign me up. But Emily Brontë — with her child ghosts sobbing at the window and her brutal, violent men; Emily Brontë, whose 200th birthday is Monday — I have never quite known what to do with her.

In part, that’s because Emily’s whole thing is to be elusive, to make you not know quite what to do with her. She left behind very little documentation of her life: there’s a novel, Wuthering Heights, that is considered to be one of the greatest in the English canon, some astonishingly brilliant poetry, and almost nothing else.

Our ideas about Emily that persist into the modern day mostly come from a few descriptions written by Charlotte, who depicted her sister as a wild spirit of the moors, and, more colorfully, from Charlotte’s biographer Elizabeth Gaskell. We have no way of knowing how true Gaskell’s ideas are, but they created the image of Emily that we tend to rely on today: that she beat her dog with her bare fists to discipline him; that when she was attacked by a rabid dog she cauterized the wound herself with a red hot poker.

The few concrete facts we have about Emily tend to center on how little of her there is. Her lifetime was little: She died young of tuberculosis, at just 30 years old. Her body was little: She was so emaciated when she died that her coffin was only 16 inches wide (although it’s unclear that 16 inches was really quite so small at the time as it seems to us now). Her body of work is unfairly little: She had time to leave behind only Wuthering Heights and her poetry, plus the persistent, unconfirmed rumor that she was working on a second novel and that Charlotte burnt the manuscript after Emily died.

When I read Wuthering Heights for the first time in college, I read it under the belief that it was a romantic love story, and as such, I hated it.

That’s not to say that Wuthering Heights is not romantic, or that people who enjoy reading it as a love story are wrong; to an extent, this is a book that wants to be read as a love story. Heathcliff and Cathy are elementally connected: They scream each other’s names across the moors, and it’s all very wild and passionate. But I’ve never been able to root for the lovers to be happy, and when I try to read Wuthering Heights as though I should be rooting for them, I can’t stand anything about the book.

Heathcliff and Cathy are both such manifestly awful people — he tortures puppies and beats women and children; she plays elaborate intergenerational mind games — that I want them together only so that they will stop inflicting themselves on their friends and relations out of sheer spite. If Heathcliff and Cathy had the common decency to get married in Volume 1 like they clearly wanted to, they would have saved everyone around them a great deal of time and trouble for generations to come.

To appreciate the greatness of Wuthering Heights, I had to stop trying to read it as a love story. It’s when I began to read it instead as a story of intergenerational abuse, and how that abuse creates monsters, that I started to understand why it’s such a beloved book.

Wuthering Heights is widely considered to be a romantic novel because of Heathcliff and Cathy. Their semi-incestuous bond is the emotional core of the novel; the passages between them are forever throbbing with so much feeling that the only way for them to possibly express it is to refuse to marry and just spend their lives gazing longingly at each other across the moors while they ruin the lives of everyone around them.

The nightmarish quality of the world around Cathy and Heathcliff seems to be almost a consequence of their violently passionate love, not the other way around, and the pleasurable appeal of the fantasy that their love embodies — of someone loving you so deeply that all they can do is burn down the world in response — is hard to overstate.

But Brontë pays just as much attention to the nightmarish world around Heathcliff and Cathy as she does to their doomed, passionate love, and it’s because of that attention that Heathcliff is also the central monster of Wuthering Heights. As part of his plan to wreak revenge against his abusive adoptive brother Hindly, Heathcliff manages to do the following over the course of the novel: he ruins Hindley, marries and abuses Cathy’s sister-in-law, abuses the ensuing son, abuses Hindley’s son, and then forces his own son to marry Cathy’s daughter. Also he hangs a puppy with a handkerchief somewhere in there.

What makes Heathcliff psychologically compelling is that his monstrousness has a clear cause: He was abused by Hindley, whom he considered a brother for most of his childhood, and who forced him to live and work as a servant for the family as soon as he inherited the family home.

It is Hindley’s abuse that leads to Heathcliff’s abuse, and Heathcliff in turn creates his son Linton, the cruelest and most selfish of the novel’s younger generation. It is only the capacity of Cathy’s daughter, Young Catherine, and Hindley’s son, Hareton, to rise above the abuse showered upon them by the older generations that creates the possibility of redemption at the novel’s end.

As a portrait of the cycle of abuse, this is heady stuff. Wuthering Heights takes place in a viciously brutal world, one in which casual interfamily violence is the norm, and it is clear-eyed about the emotional dynamics that build such a world and allow it to flourish.

But that world is a nightmare. It’s an undeniably well-crafted nightmare of deep psychological resonance, and it is rich and immersive, so that when you read it, you feel that you are trapped on the moors and there are people screaming all around you. It’s an incredible literary effect and Emily Brontë was probably a genius to achieve it, and holy god I want no part in it.

So on Emily Brontë’s 200th birthday, here’s to the monumental achievement of a woman who left very little behind. Wuthering Heights is one of the only windows we have available to the interior life of its fiercely private author, and it is a staggering accomplishment.

Please never force me to read it again.