5 years in, HBO’s Last Week Tonight is a lot more than “just comedy” 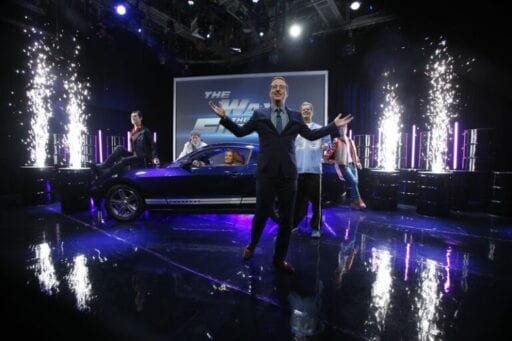 When Last Week Tonight premiered on HBO in 2014, it was growing in the shadow of Jon Stewart’s hugely influential Daily Show, and not just because Last Week host John Oliver had come to fame as a “Senior British Correspondent” on Stewart’s show. (Oliver had even hosted The Daily Show in Stewart’s place for an eight-week stretch in 2013, when Stewart was away making the film Rosewater.) Both shows covered current events from a comedic perspective with a liberal slant, but the biggest similarity between them lay in what they claimed not to be: definitely, definitely not journalism.

Stewart had long winkingly insisted that his show was comedy, not journalism. It was an increasingly silly assertion, possibly a way of slightly absolving himself of certain journalistic responsibilities. But the best reason to keep repeating it was that it skewered the actual, often less informative news programs his own show parodied. If The Daily Show was more informative than the actual news, things had to be bad, right?

“I call bullshit,” Suebsaeng wrote in response, noting that even in Last Week Tonight’s nascent stages, it was clear that the show was interested in doing more than making fun of the news in the style of Saturday Night Live’s long-running “Weekend Update” segment. Last Week Tonight was actually calling up government agencies and asking for comment, and airing long segments on relatively obscure issues that were only sometimes directly relevant to American politics. The first episode contained a surprisingly lengthy segment on the Indian general election. The second featured a 12-minute segment on capital punishment. By the show’s second season, Oliver was flying to Moscow to meet with and interview Edward Snowden, visibly nervous about something going terribly wrong.

Clearly, Last Week Tonight was not “just” a comedy show — something its continued influence on the comedy-news landscape since its debut richly illustrates. Its long explanatory and investigative pieces are of course mingled with more comic or even absurd ones, propelled along by Oliver & co.’s obvious delight in blowing their HBO budget on things like outlandish costumes and song-and-dance routines, buying wax figures of US presidents, and, in the most recent season, purchasing the jockstrap that Russell Crowe wore in Cinderella Man and presenting it as a gift to one of the four remaining Blockbuster Video stores in America, located in Alaska.

But while the stunts are funny, and recurring segments like “How Is This Still a Thing” (about, say, voting on Tuesdays, or the Sports Illustrated swimsuit edition) and “The Most Patient Man in the World” (my personal favorite, featuring Steve Scully, the long-suffering host of the call-in show on C-SPAN) ease into the longer topical segments, it’s the topical segments that anchor each episode.

They often run for more than half of Last Week Tonight’s (usually half-hour) runtime, and the show has established a tradition of mixing issues of obvious significance to the American-centric news cycle, with a wonkish bent — voting rights, gerrymandering, the Trump administration’s family separation policy, the Equifax security breach — with topics that may never have crossed viewers’ radar: human rights in Tibet (with special guest the Dalai Lama), legal guardianship in elder care, the Scottish independence referendum.

Those are not particularly sexy news topics, with the result being that Oliver occasionally seems to be competing in his own private Olympics of dull topics, to see if he can make them interesting. Last Week Tonight is a show for the nerds, for people who like having income inequality or prisoner reentry explained to them in an accessible way, but with a side of dick jokes and a heavy dose of exasperation from Oliver that validates their frustration with the state of things.

The show’s sixth season premieres on February 17, and it’s been renewed for at least two more seasons beyond that. The format will remain the same, Oliver told journalists at a press event ahead of the premiere, noting that the only story he wished he’d been able to cover in the wild three-month news cycle that elapsed after the end of season five last November was the “British family terrorizing New Zealand” in January.

But it’s interesting to note, five years after its debut and with Trevor Noah’s Daily Show seeming to exert less cultural influence than Stewart’s once did, that Last Week Tonight has in some ways slipped into the position of chief comedy news influencer. Not the jokes so much — though Monday morning web headlines inevitably suggest Oliver “eviscerated” this person or “destroyed” that policy on Sunday evening — but rather that long, strange, unsexy middle section.

You can detect Last Week Tonight’s influence on the broader news-comedy landscape in Seth Meyers’s recurring segment “A Closer Look,” which debuted the year after Oliver’s show. In each edition of “A Closer Look,” Meyers spends a little time — usually around 10 minutes — unpacking a news story from the week in more detail, which is a bit unusual for the host of a traditional late-night network comedy show. Meyers’s segment is more like a funny fact-check with one-liners than a deep-dive explanation, but the lines between the two are visible.

Or you can find it in Patriot Act, the weekly half-hour Netflix show from Oliver’s fellow Daily Show alum Hasan Minhaj, which sees the comedian devote each episode to exploring an issue of particular interest to him, as an Indian-American millennial: affirmative action, Amazon, the mega-popular clothing brand Supreme. He delivers the whole segment on his feet, as a monologue, in front of a visible live audience, from a high-tech stage on which words, figures, and diagrams appear as he speaks. It doesn’t look like Oliver’s suit-and-tie delivery from behind a news desk, but its DNA still feels shared with Last Week Tonight.

The same goes for the longer explanatory segments on Daily Show alum Samantha Bee’s weekly half-hour TBS series Full Frontal. And for the pieces that sometimes appeared on Larry Wilmore’s terrific (but now canceled) The Nightly Show. While Last Week Tonight frequently takes a longer, more international angle and pays more attention to stories from around the globe than its primarily America-focused cohort, its structure — jokes, a deep-dive into a story supported with facts and evidence and reporting, and an argument to be made, sometimes with a personal plea — is the same.

The key component in all these approaches is that the viewers aren’t just watching the host riff on the news; they’re being presented with additional information, often in far more depth and detail than they’d get from a news article, that helps draw connections between the story or phenomenon and the culture around it. They’re not just watching people deliver monologues or weak parodies or easy potshots at the headlines, à la the current incarnation of Saturday Night Live.

And there might be a reason this is so appealing, in a way that seems counterintuitive if you accept common (though probably wrong) assumptions about people’s shortened attention spans in the digital age. If you want to watch people shout at each other about what’s happening in the world, you can turn on any cable news network, or YouTube. But actual information — lucid, fact-checked information — delivered watchably can feel in short supply on the small screen; a thorough investigation that takes the audience’s intelligence seriously and lasts more than a few minutes is increasingly rare.

So a lot of the deeper analysis has increasingly fallen to comedy shows, and Last Week Tonight — which by its very nature can’t cover things as they are happening, since it only airs once per week — has figured out a way to make the news entertaining without making it merely entertaining. Heading into 2019, with the presidential primary machine cranking into action, authoritarianism on the rise around the world, and the hyperactive news cycle making it harder and harder to see how things that happen are related to one another, the deep-dive comic news piece is a lot, lot more than “just” comedy.