Hate crime or hoax? The drama behind the Jussie Smollett case, explained 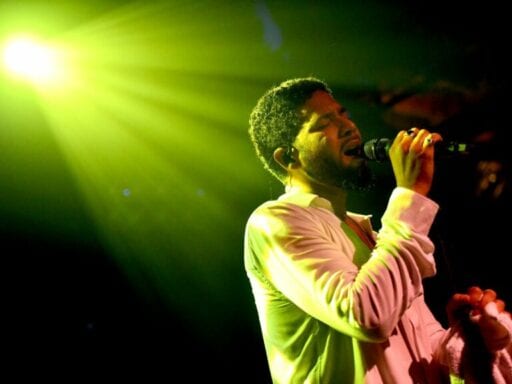 The ‘Empire’ actor is being accused of orchestrating his own attack.

It’s been nearly three weeks since actor and singer Jussie Smollett came forward saying he was likely the victim of a hate crime in an attack that briefly left him hospitalized. But now rumors are starting to surface that call Smollett’s story into question, fueling a firestorm of outrage and confusion over what to believe and how to feel about the case.

Smollett, who is black and gay, plays a queer character in the FOX drama Empire. News of his story was met with an almost immediate outpouring of support from Smollett’s colleagues and the LGBTQ community at large. Empire co-creator Danny Strong, for example, condemned the attack and tweeted his support of Smollett.

Chicago police made clear from the outset that they were treating the incident as a possible hate crime. Media reports followed every development in the unexpected case of a celebrity who claimed to be a victim of targeted violence and hate.

…whoever did this, do not forget that you are nothing but hate filled cowards while Jussie’s talent and activism will continue to shine a bright light on to the world for decades to come.

But in the weeks since Smollett’s story first made headlines, the narrative has taken a number of twists and turns — from assumed tragedy to suspected hoax. Several reports, citing unnamed sources, suggest that police are investigating whether Smollett helped orchestrate his own attack.

Though much of what happened on that January night is still unclear — or perhaps because it’s unclear — the story has activated virtually every lightning rod issue dividing America today, from racism and homophobia to the distrust in media and politically motivated attacks. Here’s what we know so far.

Smollett says he was attacked on Jan. 29 by two masked men at the entrance of the Loews hotel in Chicago. He claims they yelled racist and homophobic remarks — making references to his show Empire and President Donald Trump’s signature slogan, Make America Great Again. Smollett says one attacker tied a noose around his neck and poured a substance on him that he believed was bleach, then the two fled.

Police were unable to find surveillance video of the attack even though it was in a heavily trafficked area with plenty of cameras nearby. They did, however, release images from surveillance video a day after the incident that showed two shadowed people walking down a sidewalk. Authorities wanted to take them in for questioning.

On Wednesday, police arrested two Nigerian men, Olabinjo Osundairo and Abimbola Osundairo, brothers who were later found to have known Smollett prior to the incident. Their lawyer says one of them had worked as an extra on the set of Empire; Smollett’s lawyer says another was his personal trainer for a brief stint, though neither attorney specified which brother served which role, or whether they were both talking about the same person.

Police raided their homes in search of the liquid suspected of being poured on Smollett. They recovered Empire scripts, a phone, and a black mask.

Until Friday, the brothers were being treated by authorities as “persons of interest.” But by that afternoon, the narrative had turned. Police released them both, saying new evidence has “shifted the trajectory of the investigation.”

Mostly unnamed sources are driving rumors of a hoax. Smollett has since lawyered up.

Rumors began circulating earlier this week that Smollett was somehow involved in his own attack, and that he may have even orchestrated it all. By Saturday, police spokesman Anthony Guglielmi said they were looking to re-interview Smollett. (Though authorities still haven’t indicated why.)

Initially, local media outlets were primarily the ones driving the story. According to CBS Chicago, two unnamed sources with “intimate knowledge of the investigation” said Smollett was potentially behind the attack and had involved the two brothers. ABC7 ran another story, again with unnamed sources who claimed that police were investigating whether the attack was staged “allegedly because Smollett was being written off of ‘Empire.’” More unnamed sources told CBS News that the Osundairos told investigators that Smollett had paid them off. The brothers claimed to have purchased the rope found around Smollett’s neck at a nearby hardware store.

Guglielmi, the Chicago police spokesperson, pushed back on the reports, tweeting on Thursday that the reports of a hoax were unconfirmed by detectives and that the ABC7 sources in particular “are uninformed and inaccurate.”

Media reports anout the Empire incident being a hoax are unconfirmed by case detectives. Supt Eddie Johnson has contacted @ABC7Chicago to state on the record that we have no evidence to support their reporting and their supposed CPD sources are uninformed and inaccurate. pic.twitter.com/iSO5YFv452

In his first televised interview since first reporting his alleged attack, Smollett on Thursday told ABC host Robin Roberts he was “pissed off” that critics doubted his story.

.@JussieSmollett to @RobinRoberts on attack: “I will never be the man that this did not happen to. I am forever changed…I do subscribe to the idea that we have the right & responsibility to make something meaningful out of the things that happen to us.” https://t.co/3HbyU2SFxe pic.twitter.com/QPeSISqOXf

Stories soon surfaced that Smollett had hired a high-profile defense attorney Michael D. Monico, who is most well-known for representing Michael Cohen, but those reports appear to have been premature. Instead, Smollett is being represented by Chicago defense attorneys Todd S. Pugh and Victor P. Henderson. On Saturday they released a statement saying Smollett is “angered and devastated” to find that he knows the alleged perpetrators in the case.

”He has now been further victimized by claims attributed to these alleged perpetrators that Jussie played a role in his own attack. Nothing is further from the truth and anyone claiming otherwise is lying,” the statement continued.

The rumors feed into a conservative conspiracy around media bias

Underpinning all of the twists in Smollett’s story is his suggestion from Day One that his alleged assailants supported Trump. The actor said in his statement to police that his masked attacker told him, “This is MAGA country,” along with racist and homophobic remarks. He later had to push back on reports that they were wearing MAGA hats while pinning him down.

“They called me a f****t, they called me a n****r. There’s no which way you cut it. I don’t need some MAGA hat as the cherry on some racist sundae,” Smollett said in his interview with Roberts on Thursday.

So once rumors began to surface suggesting that Smollett manufactured his attack, conservative media and pundits quickly pointed to his story as evidence of a broad conspiracy aimed at vilifying Trump supporters. As conservative CNN commentator S.E. Cupp noted over the weekend, Trumpers were “giddy” in their reaction to reports speculating of a hoax. And it’s clear from the responses to Cupp’s tweet that Smollett’s critics saw the new developments as validation that Trump supporters — not minorities, LGBTQ individuals, or other disadvantaged groups — are the people who are actually being persecuted.

The giddiness among Trumpsters over the Smollett news is gross. This story is awful. He allegedly abused police resources, exploited raw divisions in this country, and made it harder for every victim of a hate crime to report. This is sad no matter your politics.

It’s very similar to the “validation” seen last month after the Covington Catholic School teens were dragged online for seeming to harass Native American elders. Once it became clear there was more to the story, conservative media quickly coalesced behind the students, saying they were the real victims in this case: victims of liberals’ instinctive dismissal of anyone wearing a MAGA baseball cap.

As Vox’s Zack Beauchamp wrote at the time, the Covington drama became something of a Rorschach test, with “each side seeing what it wants to in a way that’s more revealing about their own worldviews than the actual incident.” For the right, it revealed several of their “core animating assumptions”:

From their point of view, the liberal reaction to the video, and not the footage itself, was the biggest problem. It reveals a culture where white men are acceptable targets of hate who deserve no sympathy and no due process, and where the left-wing mob wields tremendous power through its command of the public sphere.

That view connects to a broader assumption shared by many conservatives: that white Christian men are a persecuted minority in modern America.

Then, as with now, the ensuing backlash to the initial news reports also ignited anti-media sentiment among conservatives. Even though most coverage of the actor’s attack directly reflected police statements, and it was clear the investigation was ongoing, the developing narrative is being taken as a sign that journalists blindly accept any stories with a careless regard for the facts — particularly those stories that support liberal ideals.

In both the Covington and Smollett cases, liberals were quick to immediately condemn what was, on first glance, unacceptable behavior. In the latter case, even President Trump, who is often criticized for taking his time before commenting on cases where the victims are minorities or from disadvantaged groups, denounced Smollet’s alleged attack as “horrible.”

“It doesn’t get worse, as far as I’m concerned,” he said from the Oval Office days after news broke.

No matter how the facts shake out — for all the speculation, police are still not calling Smollet a “suspect” — the case now hits at the core identity that Trump shares with his supporters, perpetuating a dangerous world-view that the media is corrupt and the stories of racism and bigotry are better off not being believed.