A deleted chapter from Malcolm X’s autobiography has resurfaced 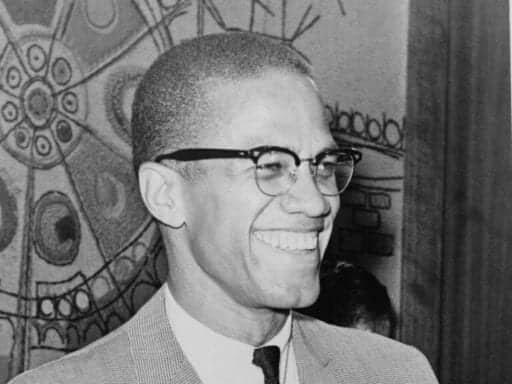 And the rest of the week’s best writing on books and related topics.

Welcome to Vox’s weekly book link roundup, a curated selection of the internet’s best writing on books and related subjects. Here’s the best the web has to offer for the week of July 22, 2018.

It was a weird story: I had bought a computer in 1993, and I was one of the first illustrators to switch to the computer. [Scholastic art director Dave Tomasino] knew that. The first three Animorphs books were done by another artist, but Scholastic wasn’t happy with that artwork. They knew that they wanted someone to do morphing, so Dave called me up and he said, “We heard that you knew how to do morphing.” I’d actually never done any morphing at all, and I thought, “What the hell?”

She brought Craig Clifton, a chef from the U.S., to that retreat in Provence, France, but stranded him there, owing him $1,300, Clifton says. When he asked for his money, she messaged him: “if you want to get into a public pissing match — i do not — but if you do, just remember mine comes with pictures and video. pick someone else to be rude bad boy too — i’m over it.”

Hayes-Brady’s talk gave us exactly what we wanted; perhaps what many of us came to Normal to find: a cogent and nuanced permission structure within which to a) continue reading Wallace (none of us were ever going to stop doing this, anyway) and b) justify our continued reading to others — others who, like anyone with a political conviction in 2018, are fundamentally unpersuadable, and who either way wouldn’t take well to being accused of neoliberalist sympathies.

It begins with a blast: “The Western World is sick. The American society — with the song of Christianity providing the white man with the illusion that what he has done to the black man is ‘right’ — is as sick as Babylon. And the black man here in this wilderness, the so-called ‘Negro,’ is sickest of them all.”

The text, which appears to have been written before Malcolm X’s break with the Nation of Islam, makes little reference to his own life story. Instead it gives a broad, unsparing analysis of what he considered the hypocrisies of white America and the delusions of “integrationist” blacks — a word he repeatedly puts in scornful quotation marks — who seek its acceptance.

Jonathan Lethem: But when I say I’m the last of the old times, rather than one of the first of the new kind, what I mean is that, for us, Brooklyn was a place to get out of. Brooklyn was not an identification to be sought. It was an identification to be contended with or processed. Henry Miller is from Brooklyn. Robert Stone is from Brooklyn. They did the John Travolta from Saturday Night Fever thing: they got the hell out. That’s what Brooklyn is for. Yes, it might be an enriching and conflicting and fascinating experience that you got from this place, but it’s thorny, and you’ve gone elsewhere to make your life.

In October 1815, a few months after finishing “Emma,” she was visiting her brother in London, when word came through a chance encounter with the Prince Regent’s doctor that His Royal Highness was a great admirer. An invitation for a visit to his library at Carlton House followed, during which his librarian, James Stanier Clarke, conveyed that the Prince Regent (who was not present) would not object if she dedicated her next book to him — the royal equivalent of an offer you can’t refuse.

This posed a dilemma for Austen, who in an 1813 letter had expressed her sympathies for the Prince Regent’s wife, Caroline of Brunswick, despite her own bad behavior. “Poor woman, I shall support her as long as I can, because she is a Woman, & because I hate her husband,” Austen wrote.

In Geoffrey Chaucer’s “Nun’s Priest’s Tale,” the rooster Chaunticleer dreams of a threatening fox invading the barnyard, whose “color was betwixe yelow and reed.” The fox was orange, but in the 1390s Chaucer didn’t have a word for it. He had to mix it verbally. He wasn’t the first to do so. In Old English, the form of the language spoken between the 5th and 12th centuries, well before Chaucer’s Middle English, there was a word geoluhread (yellow-red). Orange could be seen, but the compound was the only word there was for it in English for almost 1,000 years.

A few years ago, we might not have met. Until recently, you were likelier to have seen a snow leopard in Manhattan than to meet Kakutani in the wild. She is a workaholic who routinely writes through the night. She has everything sent to her Upper West Side apartment, from vintage dresses found on eBay (“Vintage stores in New York got really picked over”) to grilled cheese sandwiches. “I’m not much of a cook,” she says. “I used to keep books in my gas oven, until someone told me it was a fire hazard.” Yet in person, she’s talkative and prone to laughter. We step out into the night, wandering in a vaguely downtown direction, stopping to snap anything that looks cool along the way.

The US is sending 5,000 troops to the border. Here’s what they can and can’t do.
How the air travel industry is scrambling to convince people to fly
At last, a climate policy platform that can unite the left
These huge new wind turbines are a marvel. They’re also the future.
Sarah Sanders and the failure of “civility”
Republicans’ ongoing smear campaign against Joe Biden is devastating to his theory of politics