A man is dead in Louisville after police fired on a crowd: What we know 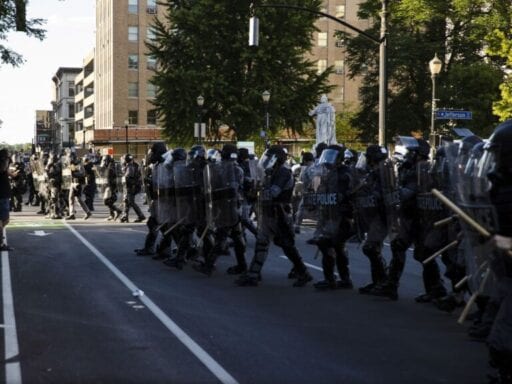 His death came amid ongoing violence by police at protests around the country.

A man was shot and killed in Louisville, Kentucky, on Sunday night after police officers and National Guard troops began firing into a crowd.

Residents have taken to the streets of Louisville, like thousands of Americans around the country, to protest the killings of black people at the hands of police — specifically, George Floyd, who was pinned in the neck by a Minneapolis police officer, and Breonna Taylor, who was shot in her Louisville apartment in March by officers who were looking for someone else. At many protests across America, police have attacked protesters, beating them with batons, shooting them with rubber bullets, and driving cars into a crowd.

In downtown Louisville on Sunday night, police and the National Guard were sent to break up a crowd that had gathered in a parking lot, Louisville Metro Police Chief Steve Conrad said in a statement, according to NBC.

Officers “were shot at,” Conrad said, and they “returned fire.” Now, a man is dead.

Officials have not yet confirmed his identity, or who fired the shot. But here is what we do know about the incident on Sunday that ended in his death.

Court documents provide new details about alleged Russian spy Maria Butina
Do “untranslatable words” really exist?
How Wisconsin’s election disenfranchised voters
How does the coronavirus outbreak end?
Why Democrats want you to make a plan to vote
The problem with comparing health care workers to soldiers on Memorial Day