A new government study shows how Trump’s tariffs have backfired 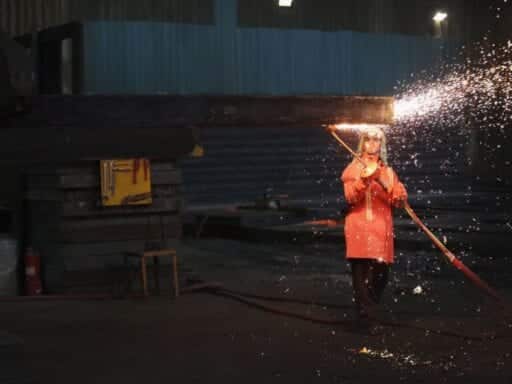 Trump promised to revive manufacturing with tariffs. A Federal Reserve study finds he did the opposite.

President Donald Trump has promised throughout his presidency to revive American manufacturing by slapping punishing tariffs on foreign competition.

But a new study from the US Federal Reserve suggests that his efforts have backfired — and that the manufacturing sector is worse off than it was before the president began his protectionist trade policy.

Economists Aaron Flaaen and Justin Pierce, who describe their study as “as the first comprehensive estimates of the effect of recent tariffs on the US manufacturing sector,” argue that the data shows that any benefits from protection from foreign competition have been more than canceled out by retaliatory tariffs from trading partners and an increase in the rise the need for US manufacturers to source components abroad.

As a result, US manufacturing has seen job losses and higher prices for consumers.

“We find the impact from the traditional import protection channel is completely offset in the short-run by reduced competitiveness from retaliation and higher costs in downstream industries,” the authors say.

The findings affirm predictions from trade economists across the political spectrum who have warned that Trump’s tariffs were more likely to damage the US economy than help it — particularly in a globalized economy, where any major departure from free trade norms comes with an array of costs.

The findings also directly contradict what Trump says the effects of the tariffs have been. Trump has argued that “the U.S. is taking in massive amounts of money” and has claimed “Billions of Dollars are pouring into the coffers of the U.S.A. because of the Tariffs.”

The study finds the tariffs he has imposed on things like steel, aluminum, and Chinese goods have not done this at all. Given Trump’s adversarial relationship with the Federal Reserve, though, it seems unlikely the president will be swayed by the work of his experts, meaning the study probably will not alter his calculus on trade policy.

Tariffs punish foreign competition — but also hurt the US

The new Federal Reserve study compared how manufacturing industries benefited from tariffs (border taxes on imports) to how much of a hit they took from a rise in input cost (the cost US manufacturers pay for foreign-made components and materials) and retaliatory tariffs.

An example of a more expensive input cost for a US manufacturer would be a steel part for an American-made car sourced from China that has been made more expensive by tariffs on steel.

This dynamic cuts the other way as well: China is one of the many countries that have slapped tariffs on US products in retaliation for American tariffs on foreign products. That tit-for-tat process — which can escalate continuously — is the central dynamic of a trade war.

The new study found that the industries that were hardest hit and made less competitive by retaliatory tariffs include automakers and producers of iron and steel; aluminum sheet; leather goods; and magnetic and optical media.

The study also found that producers of aluminum sheets, steel products, transportation equipment, boilers, and household appliances were among those industries whose consumer prices went up the most after tariffs went into effect.

Higher consumer prices make products less competitive on the market. So if Trump’s aim with a tariff is to give US products an advantage, that aim is undermined by manufacturers having to raise prices because it costs more to make what they sell.

There’s also evidence that other sectors, like the agriculture industry, are suffering due to retaliatory tariffs from the US’s trading partners. Trading partners will often deliberately target US exports that they know are produced by politically powerful economic players in order to maximize domestic political pressure on the government. For instance, some US agricultural goods — particularly those made in states Trump will rely on in 2020 — have really taken a serious hit, as Vox’s Emily Stewart explained in an analysis of tariff blowback last year:

China, Mexico, and Canada have responded to the US’s measures with taxes on American soybeans, dairy, pork, apples, and potatoes, among other products. Prices for soybeans have dropped to a 10-year low, and soybean exporters rushed to get their product out of the country earlier this year ahead of the impending trade war.

The authors of the new study note that the long-term effects of the tariffs are not yet known. But, as of now, the evidence indicates that the tariffs have not served the manufacturing sector the way Trump has promised.

Activist groups say it’s not time to march against a Trump coup — yet
19 books from the 2010s we can’t stop thinking about
Tesla needs to fix its deadly Autopilot problem
Trump acts like he’s above the law because Mitch McConnell lets him
Rudy Giuliani cancels paid appearance at a pro-Russia conference
Michael Cohen’s claim that President Trump is threatening his family, explained