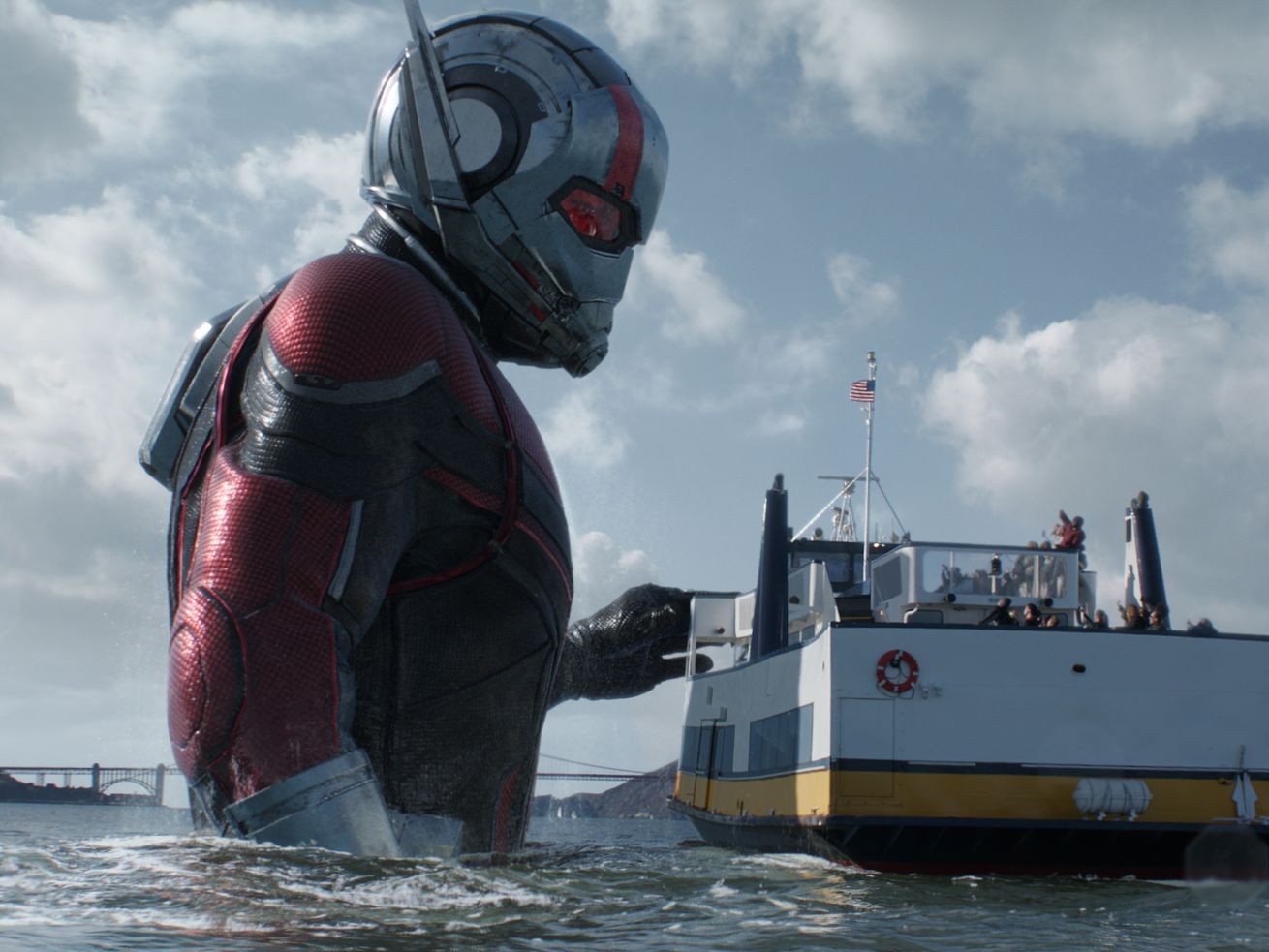 Ant-Man and the Wasp has two credits scenes. The first is a mid-credits scene that ties into Infinity War, while the other, a post-credits sequence, is a tag that embodies the silly spirit of the film.

Over the past several years, mid- and post-credits scenes have become a Marvel tradition, something fans look forward to every time the studio puts out a new release. Sometimes they contain huge reveals that hint at future movies (see: Thanos intercepting Thor’s Asgardian spaceship at the end of Thor: Ragnarok, which sets up the starting point of Infinity War, or Infinity War’s post-credits scene, which teases the introduction of Captain Marvel).

Other times, they serve as little winks from Marvel to its biggest fans or callbacks to the company’s history. (see: Howard the Duck dropping by at the end of the first Guardians of the Galaxy, or Captain America musing on the virtue of patience at the end of Spider-Man: Homecoming as if to imply that post-credits scenes won’t always feature big reveals.)

Ant-Man and the Wasp and the infamous snap

What happens: In the mid-credits scene, everyone — Scott, Hope, Janet, and Hank — is reunited and doing some science-y stuff with the Quantum Realm. No one says why they’re fooling around with something as unpredictable as the Quantum Realm, but Scott is supposed to be collecting particles from it — possibly to better explain what happened to Janet during her prolonged existence in the Quantum Real and the newfound powers she’s manifesting.

Hope, Janet, and Hank are waiting in the real, life-size world, while Scott shrinks down. We see the team lose contact with Scott, but he eventually comes back on the communication device. It’s then that the sequence flips to his point of view, and we see him collecting particles. He tries to make contact with his team and hears nothing but radio silence. The point of view then shifts back to the real world, and where Hope, Janet, and Hank had been standing are three piles of ash.

What it means: The mid-credits scene is Ant-Man and the Wasp’s only tie-in to Avengers: Infinity War, which Marvel’s president, Kevin Feige, previously said would “directly connect” with this film. Infinity War infamously ended with Thanos snapping his fingers and vaporizing half of the Earth’s population, including some of our favorite heroes, who are decimated into dust. Though we don’t see this happen in the mid-credits sequence, it’s safe to assume that Hope, Janet, and Hank — as evidenced by their dust piles — are among those vaporized.

But as I’ve previously explained, fans shouldn’t be that worried about these heroes’ fates since it seems likely all these dustings will soon be reversed, in large part because of Marvel’s scheduled sequels.

The bigger question now is who will save Ant-Man, as he’s stranded in the Quantum Realm. We’re told several times in the movie it’s a dangerous place, one that changes the people who enter it (see: Janet’s new powers).

One of the big rumors surrounding Avengers 4 is there will be a time jump and that Marvel was reportedly casting for an older Cassie Lang. We don’t see Cassie being vaporized on screen, and the casting rumor could indicate that she survives the snap. This is significant in that Cassie could be one of the people who helps find Scott as she’s one of the few people who might know he was with his team.

Moreover, in Ant-Man and the Wasp, we are told she wants to be a hero (Cassie Lang does become a superhero in the comic books), and finding and rescuing her dad seems like a perfect rite of passage for a young superhero.

This isn’t to say it’s for sure that Cassie is Scott’s savior. But he will need someone to find him if he’s to help at any point during the next stage of the Infinity War.

Speaking of that next stage …

Will Ant-Man and the Wasp Return?

What happens: The end-credits scene is a little sillier and more straightforward. In it, we catch up with the ant that’s been wearing Scott’s house-arrest ankle bracelet and are treated to one last drum solo from the ant. The scene ends with the words “Ant-Man and the Wasp will return.”

What it means: It’s a tradition for Marvel movies to say, at the end of the credits, that the characters will return, sometimes plugging the next movie. (Infinity War trolled this a little bit and plugged Thanos’s return instead of its heroes.) The twist here, though, is that a question mark appears, turning the declarative statement into something more uncertain: “Ant-Man and the Wasp will return?”

In the wake of the mid-credits scene, this is a pretty big hint at the possibility that they might not come back (but they will totally come back).

Google’s Larry Page gave $400 million in Christmas donations. Not a penny went straight to charity.
Canada has designated the Proud Boys as a terrorist organization
Trump’s last stand on immigration
Rent the Runway stops accepting new customers as operations melt down
Racial justice groups have never had so much cash. It’s actually hard to spend it.
New conservative climate plans are neither conservative nor climate plans