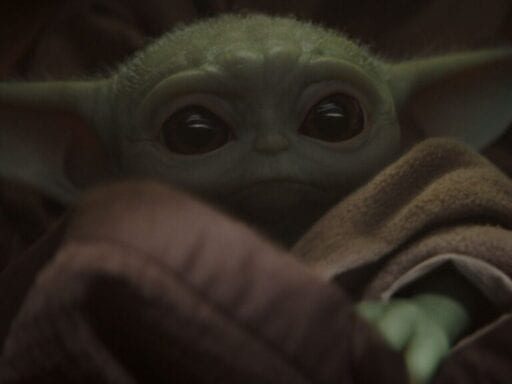 The streamers want your money, which means they’re going to spend lots of money making stuff you want to watch.

We don’t know who is going to win the Streaming Wars in the long run.

In the short run, though, the Streaming Wars look very good for you, if you like to watch TV and don’t mind going to different places to find the stuff you want.

But these wars look like they’ll be very, very expensive for the people trying to get you to watch TV shows. And they look very scary for people who need you to subscribe to pay TV bundles.

That’s the big takeaway from a fascinating presentation from analyst Michael Nathanson, the co-founder of MoffettNathanson Research, who debuted a new batch of data for the attendees of the Code Media conference in Hollywood this month. You can see Nathanson’s slides and his entire talk below.

But before you dive in, let’s highlight the big, connected ideas Nathanson is highlighting here:

That spending is almost certainly going to benefit you, the viewer, in the near term: You might not like all of the stuff these companies are going to make, but you’re certainly going to have plenty of choices. It’s also good news for lots of people who make money making TV shows and movies — not just the creative moguls like Shonda Rhimes, who are getting huge deals to work exclusively with Netflix and other streaming services, but also for the armies of workers that put these projects together: sound mixers, art directors, hair and makeup artists, and many, many others (the next time you finish a movie or TV show, stick around and really look at the credits).

That spending boom seems very unlikely to continue in the long run; most people I talk to in the industry assume we are in a land grab phase, and that things will become more rational as winners and losers shake out. Until then, if you’re the kind of person who likes the idea of some of the biggest companies in the world spending billions of dollars a year to entertain you, you’re in luck.

Dr. Deborah Birx says, “Social distancing will be with us through the summer”
Hand sanitizer was one of the most sought-after products on the market, even before the coronavirus ...
Pfizer and BioNTech have applied for emergency approval for their Covid-19 vaccine
Bernie Sanders wants to ban police use of facial recognition tech
2 Reuters journalists jailed in Myanmar for covering atrocities against Rohingya were pardoned
Lockdowns work against coronavirus. But they take a few weeks to show they’re working.