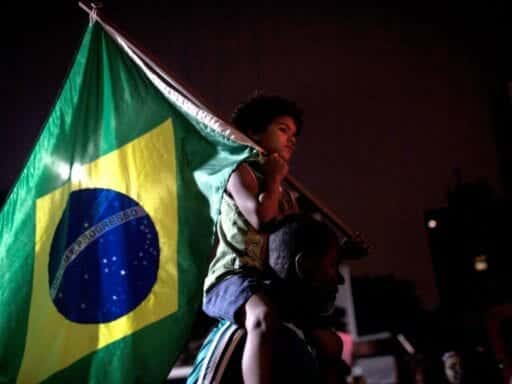 Is this how democracy starts to die?

In advance of this Sunday’s second-round presidential election between far-right politician Jair Bolsonaro and center-left candidate Fernando Haddad, Brazilian media are reporting that Brazilian police have been staging raids, at times without warrants, in universities across the country this week. In these raids, police have been questioning professors and confiscating materials belonging to students and professors.

The raids are part a supposed attempt to stop illegal electoral advertising. Brazilian election law prohibits electoral publicity in public spaces. However, many of the confiscated materials do not mention candidates. Among such confiscated materials are a flag for the Universidade Federal Fluminense reading “UFF School of Law – Anti-Fascist” and flyers titled “Manifest in Defense of Democracy and Public Universities.”

For those worrying about Brazilian democracy, these raids are some of the most troubling signs yet of the problems the country faces. They indicate the extremes of Brazilian political polarization: Anti-fascist and pro-democracy speech is now interpreted as illegal advertising in favor of one candidate (Fernando Haddad) and against another (Jair Bolsonaro). In the long run, the politicization of these two terms will hurt support for the idea of democracy, and bolster support for the idea of fascism.

In the short run, the raids have even more troublesome implications. Warrantless police raids in university classrooms to monitor professor speech have worrisome echoes of Brazil’s 1964-1985 military regime — particularly when the speech the raids are seeking to stop is not actually illegal.

Perhaps the most concerning point of all is that these raids are happening before Bolsonaro takes office. They have often been initiated by complaints from Bolsonaro supporters. All of this suggests that if Bolsonaro wins the election — as is widely expected — and seeks to suppress the speech of his opponents, whom he has called “red [i.e., Communist] criminals,” he may have plenty of willing helpers.

Kristen Welker is moderating the final presidential debate. Trump is already attacking her.
7 daring movie adaptations of literary classics
Predictions are hard, especially about the coronavirus
You may not have to pay anything — for now — to see new shows on Apple TV+ and elsewhere
A post-debate focus group of undecided voters shows that Kamala Harris faces an uphill battle
Read: Amy Coney Barrett’s opening statement lays out her position on the role of the courts