Can US companies solve the Trump tariff problem by manufacturing in the US? It’s complicated. 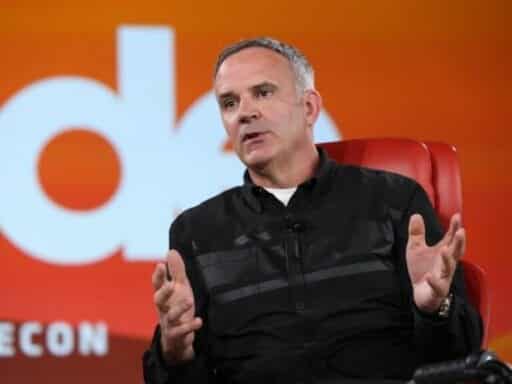 Harley-Davidson CEO Matthew Levatich talked with Kara Swisher at Code about US manufacturing in the era of Trump — and trade wars.

Should United States companies just start making everything in the United States in light of President Donald Trump’s trade wars? Harley-Davidson president and CEO Matthew Levatich says it’s complicated — but once you leave, it’s hard to come back.

“To me, innovation comes from know-how,” Levatich, who was named president and CEO of the Milwaukee-based company in 2015, told Recode’s Kara Swisher at the 2019 Code Conference in Scottsdale, Arizona, on Monday. “[Innovation] comes from the daily practice of doing something, and because you do something, you’re able to figure out how to do it better. And conversely, once you stop doing something, you no longer have the ability to be excellent at it, because you’re starting from scratch. And there are industries that have left the United States that would be difficult to resurrect here in the United States, certainly at scale.”

Levatich pointed to textiles, leather, and footwear as industries that left the US years ago and now probably can’t return easily. “Apparel is difficult to source at volume in the United States, because the know-how left decades ago, and you can’t snap your fingers and create it at scale,” he said.

When it comes to technology companies, the situation may be even more difficult. Trump, for example, has in the past called for Apple to do all of its manufacturing in the United States instead of China and demanded it “start building new plants now.” (As Vox explained last year, making the iPhone in the US would be pretty complicated.)

Apple prices may increase because of the massive Tariffs we may be imposing on China – but there is an easy solution where there would be ZERO tax, and indeed a tax incentive. Make your products in the United States instead of China. Start building new plants now. Exciting! #MAGA

On Monday, Levatich also discussed the effects tariffs have had on Harley’s business, as well as President Trump’s public criticism of the company for the business measures it took to mitigate these tariff impacts. He said that Harley remains “heavily invested in American manufacturing” but acknowledged that Europe’s response, specifically, to the United States’ trade aggressions has been detrimental to the company.

“The EU’s response was a very specific retaliation toward Harley-Davidson, Levi’s, and bourbon,” he said.

Trump invited Harley executives and union representatives, including Levatich, to the White House in February 2017 and claimed Harley’s business would flourish under the Republican Party’s new policies on trade and taxes. And the company enjoyed the GOP tax bill, passed in December 2017, after which it announced $700 million in stock buybacks in February 2018.

But the tax cuts couldn’t fix everything at Harley — including in light of Trump’s approach to trade. Days before the stock buyback announcement, Harley announced plans to close a Kansas City factory.

And later that year, Harley said it would shift some of its production for its Europe-bound motorcycles overseas as a result of trade tensions between the US and Europe and Trump’s decision to withdraw from the Trans-Pacific Partnership. Trump complained on Twitter about the decision.

Surprised that Harley-Davidson, of all companies, would be the first to wave the White Flag. I fought hard for them and ultimately they will not pay tariffs selling into the E.U., which has hurt us badly on trade, down $151 Billion. Taxes just a Harley excuse – be patient! #MAGA

A Harley-Davidson should never be built in another country-never! Their employees and customers are already very angry at them. If they move, watch, it will be the beginning of the end – they surrendered, they quit! The Aura will be gone and they will be taxed like never before!

Trump even suggested a Harley boycott.

Many @harleydavidson owners plan to boycott the company if manufacturing moves overseas. Great! Most other companies are coming in our direction, including Harley competitors. A really bad move! U.S. will soon have a level playing field, or better.

Swisher asked Levatich what it was like to see a tweet from President Trump. “I wouldn’t say we expected it,” he said. “So yes, it was a surprise.”

The Supreme Court has delivered a devastating blow to the US asylum system
Hawaii is facing a rare threat: a major hurricane
The successful Asian coronavirus-fighting strategy America refuses to embrace
Now that the UK is stockpiling food, maybe it’s time to admit Brexit is a mistake?
A court has convicted the French government of failing to meet its climate goals
Trump impeachment inquiry begins after allegations about Trump and Ukraine