Disney’s Lion King remake is just like the original, but without the magic 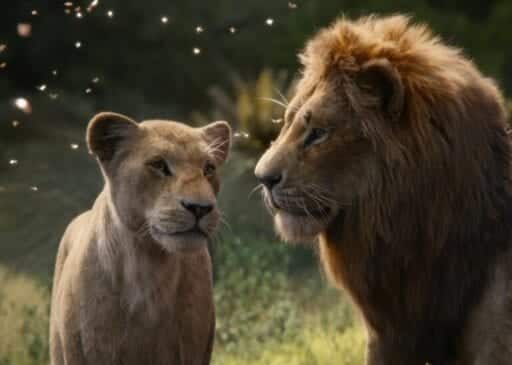 Among Disney’s recent so-called “live action” (actually CGI) remakes of its classic animated features, The Lion King may be the one debuting to the most excitement. It’s not that Disney’s previous faithful-to-the-original reprises — Beauty and the Beast, Cinderella, Pete’s Dragon, Jungle Book, Dumbo, and Aladdin — weren’t hotly anticipated. It’s just that Lion King, in addition to being a massive box office hit when it came out in 1994, spawned one of Broadway’s biggest hit shows; by 2017, 20 years after its 1997 opening night, the show had made $8.1 billion and was the No. 1 entertainment property in history.

The movie has become a fixture of pop culture, to the point where it’s possible to forget that the lackadaisical catchphrase “hakuna matata” and the ubiquitous Elton John ballad “Can You Feel the Love Tonight?” originated 25 years ago in a hand-drawn animated Disney movie. (Even if you, like me, were part of a religious community that boycotted the film upon release — for reasons ranging from the mysticism of the “circle of life” idea to the rumor that the word “sex” appeared in the clouds briefly — you’re familiar with these.) Elevating the hype for the 2019 version is its who’s who cast of voice talent, from James Earl Jones reprising his 1994 role as Mufasa to Donald Glover as Simba, Seth Rogen and Billy Eichner as comic relief warthog/meerkat duo Pumbaa and Timon, and Beyoncé as Nala.

So the remake roars into theaters poised to become the hit of the summer, no matter what. But this Lion King exists in a world saturated by Lion King nostalgia specifically and Disney movies more broadly, and it is extremely concerned with not upsetting anyone who loves either.

Which means that while a new generation of children will surely be charmed by this version of Lion King, it’s hard to say why it’s needed when the first one already exists. And it’s a good example of why Disney’s mass porting of its famous animated properties over to live action, while lucrative and largely harmless, is still not doing anyone — other than Disney — any favors.

The Lion King pays close attention to the original

This new Lion King follows the contours of the 1994 version so closely that for a while, I wondered if they just reused James Earl Jones’s audio tracks from 25 years ago. They didn’t — although the story never diverges from the original, some aspects are expanded a little — but it’s striking how similar they are. It’s as if Disney handed the script to the Disney Nature team, which makes the company’s wildly lucrative documentaries, and let them roll, then recorded the dialogue over the footage.

Of course, this isn’t a documentary, and the lions (and most everything else) are motion capture animation, not real animals. They sure look real, though. Too real.

The animation is so photorealistic that it’s disconcerting to see these lifelike animals walking (and singing) through the familiar drama. Simba (J.D. McCrary voices the cub version) is born to Mufasa (Jones), king of the pride, and his queen Sarabi (Alfre Woodard); during a ceremony held before the entire savannah, Rafiki (John Kani) announces Simba as their next king. Within a few years, Simba is romping around and learning life lessons, watched over by the frenetic bird Zazu (John Oliver) and accompanied by his pal Nala (Shahadi Wright Joseph).

Glowering on the outskirts is Scar (Chiwetel Ejiofor), Mufasa’s younger brother, who (it is strongly implied) made a play for Sarabi himself in his younger years and got his titular scar in return. (What was he named in his childhood, then, you ask? Don’t think about it too hard.) Scar was next in line to be king until Simba was born, so he resents the cub along with Mufasa. He plots — with the lions’ sworn enemies, the hyenas — to kill them both and take the crown.

I don’t think I have to say much else about what happens, other than that Glover and Beyoncé take over the voices of Simba and Nala once they’ve grown up, and therefore sing their own duet of “Can You Feel the Love Tonight,” some version of which will surely arrive on wedding playlists this fall. (Beyoncé also recorded one of the two original songs written for the movie, “Spirit,” which seems obviously headed for an Oscar nomination because, well, Beyoncé. The other is “Never Too Late,” written by the movie’s original songwriting duo Tim Rice and Elton John; it plays over the credits and is bad.)

Does this all sound like it could be a shot-for-shot remake of The Lion King? You’re not wrong! Having just watched the original film prior to seeing the remake, I can confirm that many, if not most, of Lion King 2019’s shots and lines are replicas of Lion King 1994, except photorealistic.

Which is, I think, the problem.

The new Lion King loses some of the original’s magic

The original Lion King presents itself more as myth than anything else; I was surprised, upon my recent viewing, by how thin the storytelling feels compared to Disney movies of the same vintage: The Little Mermaid, Beauty and the Beast, and Aladdin. All of them are drawn from old fairy tales and legends, but Lion King feels the most archetypal: The animals fit into types, and the film on the whole vibes with a pro-monarchical view of leadership, laced with a historical anti-colonialist critique. (A community in Africa discovers its resources and home are decimated after a power-hungry would-be leader stages a coup, then collaborates with rapacious enemies from a foreign land who overhunt and suck their land dry? That’s not the only thing that’s happening in The Lion King, but it’s indisputably one of the things.)

To say the original Lion King has a simple plot isn’t a critique at all. In fact, it’s quite beautiful, an epic in gloriously rendered art — Disney, in a way, at its most artful. The original’s gorgeously drawn images turn that archetypal plot into something timeless and richly imaginative.

That’s especially true when it comes to the more magical sequences: The stylized look of the “I Just Can’t Wait to Be King” number, for instance, or the scene in which Mufasa, conjured by Rafiki, appears to Simba in the night clouds and tells him to remember who he is. Imagining a world where animals sing and talk makes sense when we’re looking at pictures of animals, like we’re reading a picture book.

That all changes when the story is ported over to photorealism. The new visual style only half worked in Jungle Book as well (directed, as this one is, by Jon Favreau), but when it worked, it was because a human character played by an actual human (that is, Neel Sethi’s Mowgli) appeared among the animals and talked to them. The suspension of disbelief required to accept familiar voices coming out of animals without seeing the humans’ familiar faces behind them was easier to adopt.

Here, there are no humans. The photorealism is striking and impressive, but something feels weird about the voices. It’s not like people can’t imagine talking lions, of course. But it’s distracting in a way that’s not ideal — it’s uncanny and disjointed at the same time, as if real zoo animals are being anthropomorphized.

And yet it’s the loss of the magical sequences that chafes most. Instead of having a blocky, colorful, stylized “I Just Can’t Wait to Be King” song-and-dance number, Simba and Nala just run around with other animals. Mufasa’s voice doesn’t come from a cloud that looks a bit like Mufasa; it’s just a big cloud (and lightning).

All of this won’t be a deal breaker for The Lion King’s devotees. But the staid nature of these scenes does highlight, perhaps more keenly than any of its other remakes, that these reimagined films are designed mostly to cash in on properties Disney knows will likely be reliable, effortless hits. Sure, kids who watched Lion King obsessively are now adults, maybe with kids of their own, who probably have become obsessed with The Lion King too. There’s a measure of pleasure in watching your favorite songs and story retold in a slightly different fashion, with a few added flourishes. (One Disney in-joke is either particularly delicious or eye-rolling, depending on how you feel about it.)

And there’s enough to The Lion King to recommend it as a pleasant summer diversion: The action is legitimately tense, the sunsets are beautiful, and while some of the most prominent voice actors feel like they’re just reading their lines (including, unfortunately, Beyoncé), some of the voice acting — from Rogen, Eichner, and Ejiofor in particular — is great. (Give Timon and Pumbaa a spin-off.)

But as an expansion of the 1994 film, The Lion King says and adds little. It’s a half-hour longer than the original, but for no discernible reason. Scar has gone from being creepy to some kind of beta incel. Some of the campiness of the original, particularly from the hyenas, is gone, and even a (very) slightly expanded role for Nala still fails to offer anything interesting. The Lion King has always been a film with quite a lot to say bubbling below its surface. But 2019’s telling adds bloat, and nothing more.

So The Lion King now has its very own pristine cover album, rendered in intricate, realistic detail, a high-fidelity B-side for its many devoted fans. But it might, in the end, leave you wishing for the slightly scuffed-up vinyl original.

The Lion King opens in theaters on July 19.

Deepwater Horizon led to new protections for US waters. Trump just repealed them.
Why Walmart thinks TikTok is the future of its business
What is Signal, and why is everybody downloading it right now?
What Brett Kavanaugh’s defenders get wrong about women’s anger
Who pays the lowest taxes in the US?
Vox Sentences: China’s national pork crisis