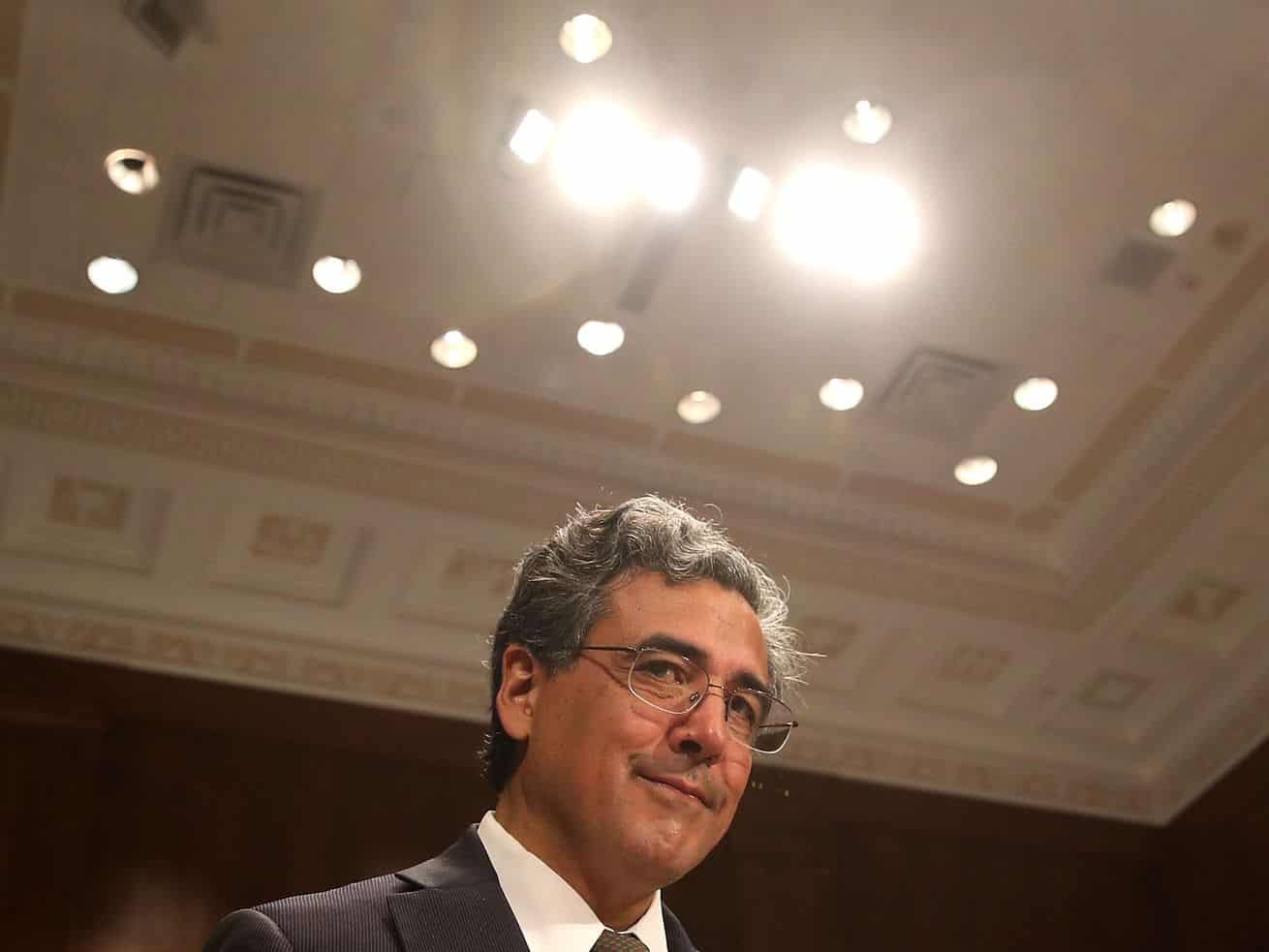 A frivolous lawsuit seeking to repeal Obamacare is still before the Supreme Court.

One of former Solicitor General Noel Francisco’s final acts as the Trump administration’s top litigator was to sign a brief claiming that Obamacare should be struck down by the Supreme Court. The arguments in that brief, as well as the arguments raised by the plaintiffs in California v. Texas, are widely viewed as absurd even by conservative scholars who have, in the past, tried to convince the courts to dismantle Obamacare.

This traditional practice exists for a very good reason — changing positions after a case has already been briefed tends to piss off the justices. During his tenure as solicitor general, Francisco did not adhere to the Justice Department’s ordinary practice, leading Justice Sonia Sotomayor to ask him during a 2018 oral argument “how many times this term already have you flipped positions from prior administrations?” (According to Georgetown law professor Marty Lederman, the answer to Sotomayor’s question was at least a dozen times.)

The Biden administration appears to have decided to treat Francisco’s brief in the Texas case with the same regard that Francisco held for his predecessors’ arguments. In a letter filed with the Supreme Court on Wednesday, Deputy Solicitor General Edwin Kneedler officially informed the Court that “the United States no longer adheres to the conclusions in the previously filed brief.”

The case remains active, and the justices could still conceivably accept the arguments in the withdrawn Trump administration brief — although, as explained below, two key members of the Court’s Republican majority appear unlikely to do so.

Kneedler’s letter states that acting Solicitor General Elizabeth Prelogar is recused from the case, and Kneedler is a career Justice Department lawyer and not a political appointee. The fact that a career DOJ lawyer took the unusual step of reversing the government’s position in a pending Supreme Court case is the most recent sign that the Justice Department’s permanent staff had serious reservations about the Trump administration’s case against Obamacare.

Indeed, when the Trump Justice Department initially took the position that Obamacare should be struck down, Joel McElvain, a veteran DOJ lawyer with over two decades of experience, resigned from the department in protest.

The Trump administration’s legal arguments in Texas, and the arguments presented by the plaintiffs in that case, are some of the weakest arguments to reach the Supreme Court in recent memory. If they prevail in the Supreme Court, an estimated 20 million people could lose health coverage overnight.

As originally enacted in 2010, Obamacare’s individual mandate required most Americans to either carry health insurance or pay at least $695 in additional taxes every year. The Court upheld this mandate as a valid exercise of Congress’s power to levy taxes in NFIB v. Sebelius (2012).

After Trump became president, Republicans spent the better part of 2017 trying to repeal the Affordable Care Act. Ultimately, however, they did not have enough votes to make a broad attack on the law. They did, however, include a provision in a 2017 tax law that effectively repealed the individual mandate.

Though the 2017 amendment to Obamacare left in place the original law’s language stating that most Americans must carry health insurance, it reduced the tax penalty on people who don’t to zero dollars. So the individual mandate now does absolutely nothing.

The Texas plaintiffs and the Trump administration claimed that this zeroed-out mandate is unconstitutional. If the fully functional mandate was valid as an exercise of Congress’s taxing power, they argued, then the ex-mandate must be struck down because a zero-dollar tax is no tax at all.

After making this clever, but largely academic, attack on the zeroed-out mandate — who cares if a provision of the law that does nothing at all is constitutional or not? — the Texas plaintiffs then claimed that the entire Affordable Care Act must fall due to this flaw in a single, non-functional provision. (The Trump administration, for what it’s worth, claimed that some parts of the law shouldn’t be struck down immediately, for complicated procedural reasons that even many of the judges hearing this case struggled to understand.)

Kneedler’s letter abandons both of these positions. It argues that the ex-mandate is constitutional because the original mandate was upheld “as a valid exercise of Congress’s constitutional power because it offered a choice between maintaining health insurance and making a tax payment.” The zeroed-out mandate does the same thing, it’s just that the amount of this tax payment is now zero dollars.

Likewise, Kneedler explains that, even if the nothingburger mandate is struck down, the rest of the law should be upheld.

When a court strikes down part of a larger statute, it sometimes must conduct an inquiry known as “severability,” which asks “‘whether Congress would have wanted the rest of [a statute] to stand, had it known that’ one or more particular provisions of the statute would be held invalid.” In this case, that’s a very easy inquiry because “the 2017 Congress that reduced to zero the amount of the [tax payment] simultaneously left in place the remainder of the ACA.”

The Supreme Court heard oral arguments in Texas last November, shortly after Biden won the 2020 election, and a majority of the Court appeared likely to reject the lame-duck administration’s arguments.

Conservative Chief Justice John Roberts, at one point during that argument, told one of the lawyers attacking Obamacare that ”it’s hard for you to argue that Congress intended the entire law to fall if the mandate was struck down,” when Congress didn’t repeal the whole act. Similarly, Justice Brett Kavanaugh, a Trump appointee, told a lawyer defending Obamacare that “I agree with you that this is a straightforward case for severability under our precedents, meaning that we would excise the mandate and leave the rest of the act in place.”

Nevertheless, the Justice Department’s decision to abandon the position it took under Trump remains quite unusual, and it is an early sign of how the Biden administration might try to rebuild some DOJ’s longstanding norms now that lawyers like Francisco are no longer calling the shots.

Why we’re not overreacting to the coronavirus, in one chart
For the first time in 800 years, you can watch a “great conjunction” of Jupiter and Saturn
The fate of the ACA could turn on Judge Kavanaugh’s appointment
The single worst idea proposed at the Democratic debate
Today’s dramatic Federal Reserve announcements, explained
Can US companies solve the Trump tariff problem by manufacturing in the US? It’s complicated.