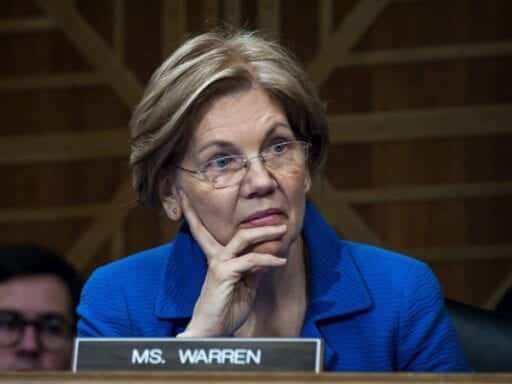 Eight months after the Trump administration declared a public health emergency over opioids, Warren is asking for real action.

Sen. Elizabeth Warren (D-MA) wants to know what, exactly, President Donald Trump is doing in response to the opioid epidemic.

“Experts and observers have concluded that your efforts to address the opioid crisis are ‘pathetic’ and ‘ambiguous promises’ that are ‘falling far short of what is needed’ and are ‘not … addressing the epidemic with the urgency it demands,’” Warren wrote in a new letter to Trump. “I agree, and I urge you to move quickly to address these problems.”

The letter points out that Trump, on the campaign trail and as president, has repeatedly promised to take serious action on the crisis, vowing to “liberate our communities from this scourge of drug addiction” and declaring the opioid epidemic a national public health emergency in October.

The letter asks Trump to clarify what actions his administration is taking, as well as whether he will extend the public health emergency declaration next week and what other steps he will take if so. (Read the full letter.)

Warren, as a senator for one of the states hit hardest by the opioid crisis, has been a vocal critic of Trump’s handling of the epidemic — repeatedly writing to his administration and watchdog groups to get answers over what the administration is doing. With the death toll continuing to climb, and the Trump administration’s actions lagging far behind what many experts and advocates hoped, the letter presses the administration to take far more action than it has yet.

The opioid epidemic is the deadliest drug overdose crisis in US history. A record 64,000 people died in the US of drug overdoses in 2016, at least two-thirds of which were tied to opioids like painkillers, heroin, and fentanyl. Based on preliminary data from the Centers for Disease Control and Prevention (CDC), 2017 was even worse.

In response to the crisis, experts have recommended focusing on public health measures — boosting access to addiction treatment and harm reduction efforts and reducing the number of opioid painkiller prescriptions (while keeping the painkillers accessible to those who actually need them).

Access to addiction treatment is a major cause of the ongoing crisis: According to a 2016 report by the surgeon general, only 10 percent of people in the US with a drug use disorder obtain specialty treatment, which the report attributed to a lack of access to care. And even fewer get medication-based treatment in particular (such as methadone or buprenorphine), which is considered the gold standard for opioid addiction care.

When Trump first came into office, it looked like he might do something serious about the opioid epidemic — a crisis that has disproportionately hit some of the states, like Ohio and Pennsylvania, that flipped for Trump in the 2016 election. Soon after, Trump appointed a commission to study the epidemic and make recommendations, and he embraced its first recommendation to declare a public health emergency. Maybe this could help unlock more access to treatment, experts said at the time.

Yet in the months after, Trump’s response has dwindled. Since Trump’s opioid commission released a final series of recommendations that largely focused on treating the crisis as a public health issue, Trump has adopted only around a handful of dozens of proposals. And the administration’s other moves have done little to significantly boost addiction treatment resources.

Meanwhile, Trump announced a plan in March that, despite vague mentions of more treatment and fewer opioid prescriptions, focused almost entirely in substance and rhetoric on using the death penalty on drug traffickers. The “tough on crime” approach, experts argue, is not in any way effective, given the recent track record of the war on drugs in preventing or slowing the current opioid crisis — but it seems to be what Trump favors.

Some good news has come from Congress: Lawmakers agreed to an additional $3.3 billion a year to tackle the opioid epidemic, on top of the extra $500 million a year that Congress had already approved through the Cures Act. Experts and advocates welcomed the extra funding, but they also said it fell short of the tens of billions that are likely needed to fully confront the epidemic. (For reference, a 2016 study estimated the total economic burden of prescription opioid overdose, misuse, and addiction at $78.5 billion in 2013, about a third of which was due to higher health care and drug treatment costs.)

Congress has made other proposals. But most have yet to pass both chambers. And they tend to be mild — focused on small regulatory changes that would unlock treatment here and there but fall short of the dramatic expansion that’s needed. As Dr. Leana Wen, the health commissioner of Baltimore and an advocate for more action on opioids, previously told me, “Many of these policies seem to be tinkering around the edges.”

Warren and Rep. Elijah Cummings (D-MD) introduced what they described as a Ryan White–like law for the opioid epidemic, a reference to a program launched in the 1990s and named for a boy who was diagnosed with AIDS. The program created a health care safety net for people with HIV and communities hit hardest by the disease. Warren and Cummings’ bill would allocate $100 billion to the opioid crisis over the next 10 years. Wen, for one, supports the bill, describing it as “finally, a proposal that stands a chance of making difference.” But the proposal hasn’t gotten any serious traction in Congress.

So now we have another letter asking similar questions: Will more be done? And when?

For more on the solutions to the opioid epidemic, read Vox’s explainer.

The coronavirus could tear the EU apart
India and China just had their deadliest clash since the 1960s
Sarah Sanders kicked out of Virginia restaurant by owner
The fraught return of working at home
The White House has 2 testing standards: One for Trump and another for everyone else
The fate of Trump’s policy of sending migrants back to Mexico now rests with the Supreme Court