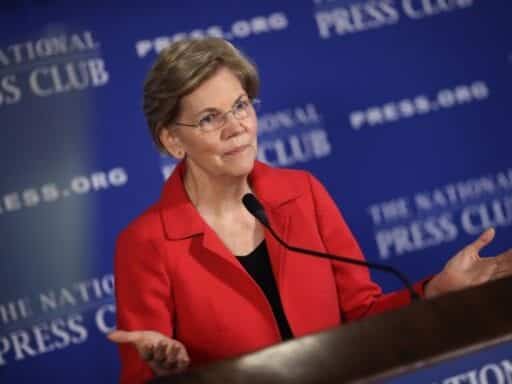 Sen. Elizabeth Warren’s (D-MA) release of a DNA test she took that “strongly” suggested she had Native American heritage has rankled the Cherokee Nation and sparked further insults from President Donald Trump.

Warren took the DNA test after persistent questions about her claims of Native American heritage, including a challenge from Trump in July to take the test.

The DNA analysis, performed by Stanford University professor Carlos Bustamante, concluded that while the “vast majority” of Warren’s ancestry is European, the results “strongly suggest” Native American heritage six to 10 generations ago. Warren’s team first released the results to the Boston Globe.

But the Cherokee Nation argues that this alone isn’t enough for Warren to call herself Cherokee, because having a documented Cherokee ancestor, not genetics, is what makes the difference.

As Vox’s Dylan Matthews explained in February, Warren has consistently said that her mother is part Cherokee, even though Warren herself isn’t an enrolled member of the three federally registered Cherokee tribes. Her ancestors don’t appear on the Dawes Rolls, an official list of members of the Cherokee, Choctaw, Creek, Chickasaw, and Seminole tribes put together in the early 20th century. Having a direct ancestor on the rolls is a requirement for enrollment in the Cherokee Nation.

“Using a DNA test to lay claim to any connection to the Cherokee Nation or any tribal nation, even vaguely, is inappropriate and wrong,” the statement from Cherokee Nation secretary of state Chuck Hoskin Jr. read. “Senator Warren is undermining tribal interests with her continued claims of tribal heritage.”

The Massachusetts senator is up for reelection in November. She is widely expected to win, but she’s also not shy about the fact she’s considering a 2020 presidential bid — she has said that once the midterms are over, she will “take a hard look” at running for president.

In September, the Boston Globe’s Annie Linskey took a deep dive into whether Warren’s identification as Native American contributed to her rise in legal academia. Linskey’s investigation determined it had no bearing on her hiring at distinguished universities, including Harvard.

But given the persistent needling from Trump, Warren decided to clear up the questions.

“I won’t sit quietly for @realDonaldTrump’s racism, so I took a test,” Warren tweeted on Monday. “But DNA & family history has nothing to do with tribal affiliation or citizenship, which is determined only — only — by Tribal Nations. I respect the distinction, & don’t list myself as Native in the Senate.”

I won’t sit quietly for @realDonaldTrump‘s racism, so I took a test. But DNA & family history has nothing to do with tribal affiliation or citizenship, which is determined only – only – by Tribal Nations. I respect the distinction, & don’t list myself as Native in the Senate.

The Cherokee Nation response to Warren’s analysis couldn’t have been better fodder for Trump, who gleefully seized on the statement in his own Tuesday morning tweet.

Pocahontas (the bad version), sometimes referred to as Elizabeth Warren, is getting slammed. She took a bogus DNA test and it showed that she may be 1/1024, far less than the average American. Now Cherokee Nation denies her, “DNA test is useless.” Even they don’t want her. Phony!

Warren’s test may have opened up new lines of attack

Warren was clearly trying to put the question of her Native American heritage to rest, but in doing so, she may have opened up new lines of attack that Trump and other critics can use. The president and Republicans have focused much more on Warren’s claims of Native American heritage than they have on her sweeping policy proposals to clean up corruption in Washington, lower the cost of housing, and hold corporations more accountable.

By taking the test, Warren appears to have angered at least one prominent tribe. Rather than settling the speculation by responding to Trump’s challenge, she’s prompted an entirely new argument about whether she should have taken the test at all.

The National Indigenous Women’s Resource Center — an organization raising awareness about violence toward Native American women and families, and the charity Warren requested Trump donate $1 million to as part of his bet about her DNA test — defended the senator on Monday.

“We appreciate Senator Warren’s push to bring awareness to violence against American Indian and Alaska Native women and families, who all too often are invisible to most Americans,” the center said in a statement. “As marginalized communities, we often struggle to bring tribal interests to the center of the debate.”

Warren and her allies are trying to steer the focus back to policy rather than a continued focus on her heritage. But the statements from the Cherokee Nation and Trump suggest the issue won’t go away so easily.