Game of Thrones season 8: everything we know so far 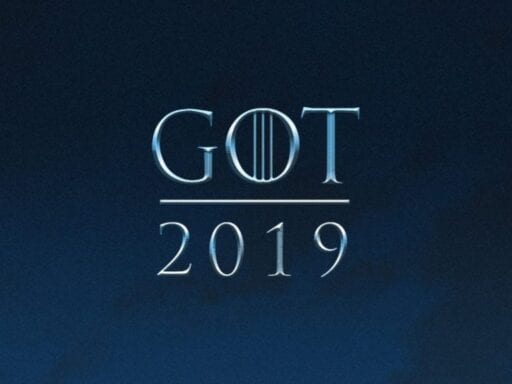 The show is slated to return in the first half of 2019.

Game of Thrones wrapped up its seventh and penultimate season in August 2017, leaving fans with plenty to speculate on the fates of their favorite characters in season eight. Naturally, it also left many people with questions about when the show will return for its swan song, and what we already know to expect.

Alas, many of the details surrounding Game of Thrones’ eighth and final season are just as much a cliffhanger as the Night King knocking down the wall and Jon Snow having sex with his Aunt Dany. But we do have at least some info to go on. Here’s what we know (and what we don’t) about season eight so far.

According to a statement that HBO released in January, Game of Thrones will return for its final season in 2019. The season’s debut window has since narrowed a bit: While speaking to reporters at the Television Critics Association summer press tour in July, HBO programming president Casey Bloys announced that the season eight will premiere in the first half of 2019.

Send a raven.#GameofThrones returns to @HBO for its eighth and final season in 2019: https://t.co/FpWV0O0L9i

According to the Hollywood Reporter’s account of Bloys’s comments at TCA, “he was tight-lipped about what to expect” from the final season, aside from teasing, “It’s pretty great.”

The long wait between seasons has to do with the extensive amount of production time the show requires. As Bloys warned the Hollywood Reporter in 2017, before the 2019 debut was confirmed:

HBO previously announced that Game of Thrones showrunners David Benioff and D.B. Weiss, as well as David Nutter and Miguel Sapochnik, will be the directors for season eight, and that the season will be written by Benioff, Weiss, Bryan Cogman, and Dave Hill.

At the conclusion of Game of Thrones’ sixth season in 2016, showrunners Benioff and Weiss said that they were planning to end the show after another 13 episodes that would be split between two final seasons.

Season seven ran for seven episodes — so simple arithmetic suggested that season eight will be six episodes long. In January 2018, HBO confirmed that it will indeed contain six episodes.

It’s easy to wonder how the show could possibly wrap up all of its existing storylines in just six episodes, without speeding up its storytelling and ignoring the concept of time more than it already has.

But the good news is that even though the season itself will be short, Vanity Fair reported in July 2017 that each episode may be expanded to feature length — 80 minutes or longer — meaning that “a conservative estimate would put the entirety of Season 8 at about eight or nine hours long.”

And with some of Game of Thrones’ season seven episodes running longer than an hour — including the finale, which clocked in at around 80 minutes — it would stand to reason that Game of Thrones’ remaining six episodes likely will too.

In 2017, Bloys spoke at Moravian college and told an audience there that in an effort to safeguard against spoilers and leaks, the show was going to film different endings.

One Good Thing: Netflix’s Dash & Lily is a sweet TV rom-com with a Christmas twist
A short history of the long road to Brexit
The Covid-19 pandemic is threatening vital rainforests
Mike Bloomberg shakes up the digital shop that Joe Biden is thinking about hiring
The Morning Show’s producers say many of its critics are “Apple haters”
A Trump second term