Having a bad day? Dave Eggers can help. 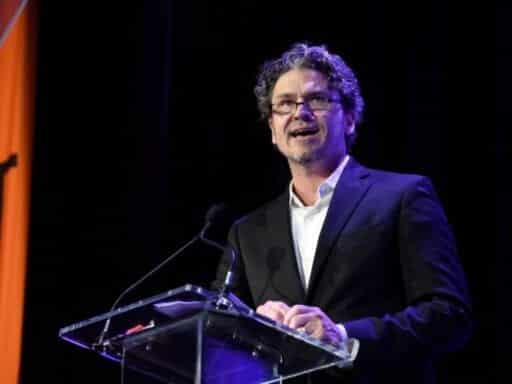 David Eggers and I discuss satire, the Trump presidency, and the importance of disconnecting from technology on The Ezra Klein Show.

I’ve wanted to have Dave Eggers on the The Ezra Klein Show for a while now. Eggers has not only written a vast range of books (a deeply ironic personal memoir, a heartwarming novel about a Sudanese refugee, a futuristic story about a tech dystopia), but he’s also founded the national tutoring nonprofit 826 Valencia, started the literary magazine McSweeney’s, co-authored the screenplay of Where the Wild Things Are, and much more. I’m fascinated by people who are able to do a variety of wildly different things, all successfully. Dave Eggers is one of those people.

So, we start this conversation by discussing Eggers’s life’s work, his recent book The Captain and the Glory, and Donald Trump. But then — somewhere around the halfway point — the conversation transforms into something I can only describe as, well, therapeutic. Eggers doesn’t own a smartphone or have wifi in his house, and hearing the way he talks about the internet, social media, and our relationship to them put me in a sort of quasi-meditation state that I can’t describe adequately with words.

This one is a little strange, but it may just make your day. It certainly made mine.

The Custom of the Country by Edith Wharton

The Age of Innocence by Edith Wharton

The House of Mirth by Edith Wharton

If you enjoyed this episode, you may also like:

You will love this conversation with Jaron Lanier, but I can’t describe it

Sandra Bland recorded her traffic stop. The video is finally public, years after her death.
Early polls show voter support for impeachment is growing
In 1991, a group of 8 people isolated themselves for 2 years. Spaceship Earth tells their story.
Hurricane Delta: What we know about the Category 3 storm
The Oscars’ new “popular film” category is a bad idea from a panicked organization
TikTok offered details about how its most popular feed works. Experts seem unimpressed.