House Democrats have launched an investigation into voter suppression in Georgia 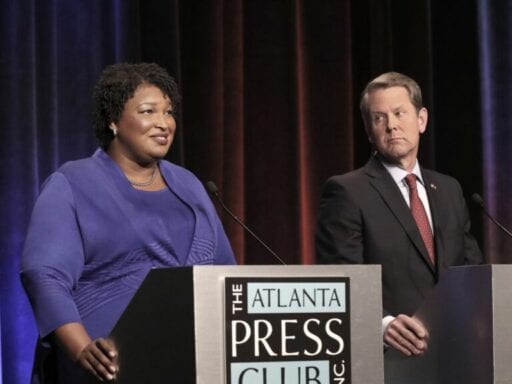 In a letter to Gov. Brian Kemp, lawmakers say they are looking into reports of “matters affecting the ability of people in Georgia to exercise their right to vote.”

The House Oversight Committee has launched an investigation into allegations of voter suppression in Georgia — a hugely controversial issue in last year’s midterm elections.

In a pair of letters sent Wednesday to the state’s governor and secretary of state, Committee Chair Elijah Cummings (D-MD) and the chair of the Subcommittee on Civil Rights and Civil Liberties, Rep. Jamie Raskin (D-MD), announced that they were investigating recent reports of serious problems relating to “voter registration, voter access, and other matters affecting the ability of people in Georgia to exercise their right to vote.”

The lawmakers have requested a number of materials from Georgia Gov. Brian Kemp and Secretary of State Brad Raffensperger, including documents “related to closing, moving, or consolidating polling sites,” details about voting machines, and communications related to the thousands of voter registrations placed on hold for failing to clear an “exact match” policy that compares voter registration information to state and federal documents like driver’s licenses and Social Security cards.

The letter to Kemp also requests any documents related to “ethical or legal obligations or possible conflicts of interest.” Kemp, who did not resign as secretary of state during the election, was criticized for overseeing an election he ran in.

Lawmakers requested that Kemp and Raffensperger turn over all relevant materials by March 20. In a statement provided to Vox, Raffensperger’s office acknowledged that it had received the letter, adding that “our office looks forward to an open dialogue and a thorough process.”

Kemp’s office referred Vox to comments made by the governor during a signing ceremony earlier Wednesday. In those comments, Kemp said that Democrats “need to quit playing politics.”

Voting rights were a huge issue in Georgia’s 2018 election

The investigation — which comes months after the conclusion of the high-profile gubernatorial contest between Kemp, a Republican, and Democrat Stacey Abrams — is likely to call renewed focus to an election that was mired in controversy. The contest drew more attention in its final weeks as a number of voting problems fueled allegations of voter suppression, with civil rights groups arguing that Kemp’s office intentionally worked to undercut the power of Georgia’s nonwhite voters.

The Georgia election has since become a rallying point for Democrats, who point to the contest as a powerful example of voter suppression. The investigation is the latest development, with voting rights advocates arguing that the problems in 2018 are proof that the state’s entire election system must be changed.

In the weeks before the election, Kemp was repeatedly criticized for measures taken by his office, including voter purges that removed more than a million names from the state’s voter rolls between 2012 and 2016. He has also faced several complaints and lawsuits alleging that he was suppressing minority voters, particularly black voters, in an effort to keep Abrams from winning the election.

Several voting and civil rights groups, Abrams’s campaign, and former President Jimmy Carter all called for Kemp to resign from his position as Georgia’s top elections official, arguing that it was a serious conflict of interest.

Those calls intensified after an October report from the Associated Press found that 53,000 voter registrations, 70 percent of them from black applicants, were being held by Kemp’s office for failing to clear an “exact match” process that compares registration information to Social Security and state driver records.

While Kemp’s office responded by arguing that these voters would be allowed to vote on Election Day if they presented an ID, a number of voters reported problems when they tried to vote, and some said they were turned away from the polls. Other voters dealt with issues at predominantly nonwhite voting precincts, and some struggled to cast absentee and provisional ballots.

Questions about what happened in Georgia have not been answered

Kemp has maintained that there is nothing wrong with Georgia’s elections system, arguing that any problems that did occur in November were the result of local mismanagement and not his office.

But critics argue that this does not explain the actions his office did take, like his last-minute claim — with zero evidence — that Democrats had attempted to hack into Georgia’s voter system days before the election. In December, the Atlanta Journal-Constitution reported that zero information supporting Kemp’s “unsubstantiated claims” was found.

These issues have remained front and center as Fair Fight Action, an organization led by Abrams’s allies and backed by the former candidate, filed a lawsuit last year seeking to overhaul the state’s controversial election system, arguing that the current system violates the constitutional rights of voters of color.

Other issues have also been raised. In February, a report from the Root, a black news outlet, detailed how a nonprofit group called the Coalition for Good Governance found an “extreme undervote” in the election, with more than 100,000 votes not being recorded for the state’s lieutenant governor.

In a statement, Fair Fight Georgia CEO Lauren Groh-Wargo noted that the new investigation was a welcome development. “We are glad to see our leaders recognizing the magnitude of problems Georgians faced in 2018 due to the Secretary of State’s malfeasance, as well as the state’s continued refusal to guarantee the right to implement meaningful reforms in the 2019 legislative session,” she said.

Why the RNC blamed “restorative justice” for the Parkland shooting
The Supreme Court will hear my case today. Trump will not win on DACA.
In SNL’s cold open, Trump lawyer Alan Dershowitz meets his biggest fan in hell
Vox Sentences: Mar-a-Lag-Oh-No
Trump just made a highly controversial decision about Israel — again
NPR’s sanitizing of Trump’s Milwaukee rally shows how he’s broken the media