How Kanye West’s brand survives his controversies, explained by a crisis PR expert 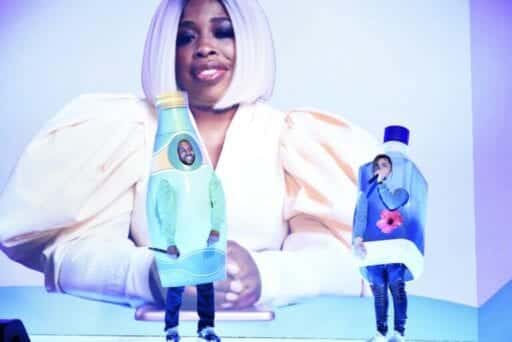 Kanye West is an enigma — or perhaps he just wants to be perceived that way. The fact that the public can’t quite figure him out may be part of his enduring appeal. In 2004, he released his debut album, The College Dropout, and despite how many outbursts he’s made, microphones he’s commandeered, or Twitter beefs he’s started since then, Kim Kardashian’s husband remains a fixture in entertainment.

The rapper is a walking contradiction. He supports Donald Trump, a president with a long history of racial discrimination allegations. But after Hurricane Katrina struck in 2005, West accused President George W. Bush of not caring about black people due to the government’s slow response to the African-American communities decimated by the disaster.

Fans have marveled at the fact that the man who took on Bush is now one of Trump’s most ardent fans. And just last week, West wore a MAGA hat along with a sweater bearing the words “Colin Kaepernick,” the kneeling athlete Trump famously described as a “son of a bitch.”

Over the weekend, West broadcast his love for Trump during an appearance on NBC’s “Saturday Night Live.” He not only wore a MAGA hat but also discussed why he backs the president.

“It’s so many times I talk to, like, a white person about this, and they say, ‘How could you like Trump? He’s racist,’” West said. “Well, if I was concerned about racism I would have moved out of America a long time ago.”

His comments elicited boos from the audience and disapproval from some cast members, but it’s a safe bet they won’t appreciably hurt his career. Since West sparked outrage in May for suggesting that “slavery was a choice” for African Americans, he’s been criticized, cursed out, and canceled. He sparked a similar controversy recently by tweeting that the 13th Amendment, which abolished slavery, should be overturned. Yet his Yeezys and music continue to sell. West announced plans to release his next album in November. In fact, West might even headline Coachella in 2019.

That his career appears to be Teflon stems from a combination of factors. Many fans are still attached to the entertainer they regard as “the old Kanye,” the one who only got political to stand up for the oppressed. Some simply regard him as a troll trying his best to be provocative; West, after all, has branded himself as an eccentric genius. And countless consumers genuinely like his clothes, shoes, and music.

I spoke with Erik Bernstein, vice president of Bernstein Crisis Management, a PR firm featured in the New York Times, USA Today, and other publications, about how West has sparked and deflected one controversy after another. Is he the rare invincible celebrity?

How would you explain Kanye West’s enduring appeal? He’s always in the news for making some wild comment, and yet these controversies haven’t hurt his career.

He has been in the news every single day for the last two weeks. We didn’t [recently] hear a lot about him before then. Kanye doesn’t do crazy things until he’s about to drop a new project. I think some of his behavior is more calculated than people think. I really believe he’s leaning into this for publicity. There’s a rarefied air that only major celebrities, athletes, movie stars, live in. As long as he keeps delivering his product, pretty much nothing else matters.

It’s not exactly that any publicity is good publicity. If he had something like #MeToo allegations, that would be a problem, even for Kanye. But his controversies really don’t harm his career.

Is it surprising that his Trump support hasn’t hurt him more?

Many of the people buying his products aren’t Trump fans, but his support is not such a big deal, given that he’s not in control of anything he’s talking about. He’s not a politician. He’s not a lawmaker. He doesn’t work with [the Trump administration] in any way to influence anything.

He’s also quite wealthy and may like the moves Trump has made politically because they tend to benefit the wealthy. His Trump support hasn’t hurt because some fans just want to know: “Where’s the album? Where are the shoes?”

Do you think Kanye’s age has anything to do with his antics? After all, he’s 41, and rap is largely a young person’s game, unless you’re Jay-Z or Eminem. Are these controversies a way for him to stay relevant when many other rappers bow out of the industry after a certain age?

Yes, especially when you have kids coming into rap who are 16 or 18 years old, blowing up the charts left and right. So, the level that Kanye stays in the news is impressive. He stays trending on social media. He posts videos of himself. That is far more strategic than most people think. A lot of people say Kanye is crazy, but he’s being strategic.

If Kanye were to come out in a sweater vest and quietly make a statement, people would wonder what’s wrong. Kanye was just at a college jumping on a table, talking about flying cars.

I haven’t asked about Kanye’s marriage to Kim Kardashian. Has this union just amplified everything he does?

Oh, 100 percent. He and his wife amplify each other’s presence on social media in particular. They’ve been extremely successful at what they do and getting in the news when they have something to push.

People expressed shock that Kanye grabbed the microphone to discuss Trump as “SNL” ended on Saturday. But how shocking is this? How many mics has he wrangled at this point to make an outburst?

I think one thing that’s shocking about it is that “SNL” does have a mystique about it, and there’s certain behavior that’s expected, and he broke that mold a little bit. But the cast members saying they’re so shocked are also getting publicity. I agree that I wouldn’t be so shocked if he grabbed the mic at an event I was at.

What’s next for Kanye? Should we expect more of the same, more shenanigans right around the time he’s dropping a new album or collection of Yeezys?

At this point, these controversies have been very effective for him. Anything he does will get news coverage, and it goes wild, and it’s free. You get the kind of publicity that you can’t buy.