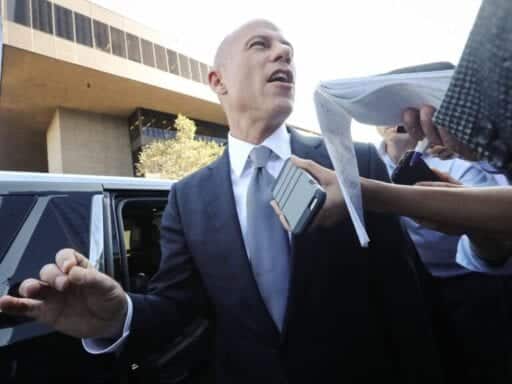 Avenatti says if his client isn’t part of the FBI probe, he’ll take his case to the American public.

Since Michael Avenatti and his client Julie Swetnick, who claims she witnessed Supreme Court nominee Brett Kavanaugh sexually assault girls in high school and says he was at a party where she was gang raped, came forward, they have insisted they want an FBI investigation into her claims. Now the FBI is probing “credible allegations” against Kavanaugh — but it’s not clear where that leaves Avenatti, or his client.

The Senate on Friday agreed to allow the bureau to conduct a “supplemental FBI background investigation” into the allegations against Kavanaugh. The move came after Arizona Republican Sen. Jeff Flake during a Senate Judiciary Committee hearing heavily implied, but did not say outright, that he would vote against Kavanaugh’s confirmation on the Senate floor unless a one-week investigation was opened.

On Thursday, Kavanaugh and Palo Alto University professor Christine Blasey Ford testified before the committee about her allegations that he sexually assaulted her in high school. Ford says that while at a party in the early 1980s, Kavanaugh pinned her down, tried to take her clothes off, and put his hand over her mouth as she screamed while one of his friends, Mark Judge, looked on. Kavanaugh vehemently denied Ford’s allegations, and all other allegations of sexual misconduct.

The Senate in a statement announcing the week-long delay in a confirmation vote on Kavanaugh said that FBI would look into “credible allegations” against him. That certainly includes Ford’s claims. It’s not clear whether that means the bureau will also look into claims made by Deborah Ramirez, who says Kavanaugh exposed himself to her while they were both drunk at a party in college, or the allegations from Swetnick.

On Wednesday, Avenatti posted on Twitter a sworn affidavit from Swetnick in which she alleges that Kavanaugh, Judge, and others targeted women with drugs and alcohol to cause them to “lose their inhibitions” so they could be “gang raped” — and says she was a victim of one of these “train” rapes. (She says that Judge and Kavanaugh were present when she was raped but does not accuse them of participating.)

But even before she was named, Avenatti has been tweeting about Swetnick’s claims — and insisting that she sit down with the FBI to tell her story. As the Judiciary Committee was preparing to vote on advancing Kavanaugh’s nomination on Friday, Avenatti tweeted he and Swetnick would “thoroughly enjoy embarrassing” Republican members of the panel over the weekend “when her story is told and is deemed credible.” He added that he doesn’t “traffic in nonsense.”

And if you think I am bluffing, you have not been paying attention the last 7 months. I don’t traffic in nonsense. I traffic in facts and evidence.

Avenatti’s threat was contingent on the committee advancing Kavanaugh’s nomination, which it did, but with the stipulation of the week-long FBI investigation. It’s not clear whether that’s appeased the combative lawyer, or whether his client will be involved. After Flake’s request became public, Avenatti tweeted another email he sent Friday afternoon reiterating his request that Swetnick be able to speak to the FBI. He also retweeted a tweet from screenwriter Allison Burnett saying that Swetnick’s claims are true.

Buckle your seatbelt: I just heard from an impeccable FIRSTHAND source that @MichaelAvenatti‘s client’s claims are true. The culture at Georgetown Prep was debauched and sexually criminal.Only a “gentleman’s code” keeps it secret. Ideally this is the week that it ends.

Trump himself has also responded to Avenatti, calling him a “third rate lawyer who is good at making false accusations” in a tweet.

Avenatti is a third rate lawyer who is good at making false accusations, like he did on me and like he is now doing on Judge Brett Kavanaugh. He is just looking for attention and doesn’t want people to look at his past record and relationships – a total low-life!

Whether Avenatti and his client have more to say — or whether they’ll take part in the FBI’s Kavanaugh investigation — remains to be seen. At the moment, Avenatti appears to be getting at least part of what he’s wanted, including for Judge, Kavanaugh’s friend, to cooperate with the FBI.

In an appearance on MSNBC’s AM Joy on Saturday, Avenatti said that if the Senate Judiciary Committee Republicans try to “hide” his clients and witnesses and they aren’t included in the FBI investigation, he’ll keep pushing. “Then we’re going to take our case to the American public,” he said, “and we’re going to let them decide who’s telling the truth and who’s lying to them.”

When the cherry trees bloom for no one
A new attack ad says Antonio Delgado’s rap career is “offensive”
Trump just got bad news from Neil Gorsuch’s mentor in a big Medicaid case
Ask a Book Critic: What can I read that will make me feel better about being scared?
Why your pet is acting like a weirdo during quarantine, explained by animal behaviorists
The Trump presidency was a catastrophe for American Christianity