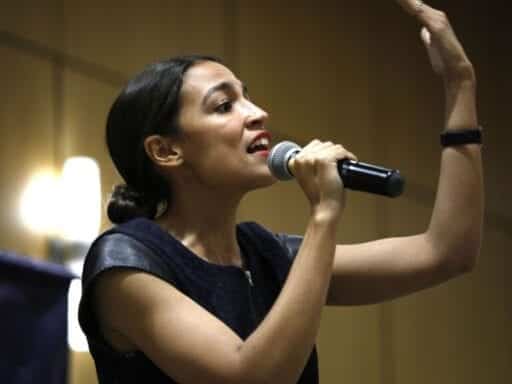 The 29-year-old democratic socialist from the Bronx has already garnered national attention.

Democrat Alexandria Ocasio-Cortez pulled off the biggest upset of the primary season when she defeated Rep. Joe Crowley in New York’s 14th District. At 29, she would become the youngest woman elected to Congress if she wins in November — and in a solidly blue district, she’s heavily favored to do so.

A democratic socialist, she ran on a proudly leftist agenda and supports Medicare-for-all, abolishing ICE, and a creating federal jobs guarantee program. She positioned herself as a woman of the people, and her win was a major victory for progressives. Crowley had served in Congress since 1999 and was widely seen as House Minority Leader Nancy Pelosi’s eventual successor; Ocasio-Cortez’s victory showed that Democrats can run on socialist ideas and win, even against establishment favorites.

While she’s faced harsh criticism from conservative pundits, Ocasio-Cortez has already become a breakout star of the Democratic Party, campaigning for other candidates of color across the country leading up to Election Day.

Her win is likely to be historic as the youngest woman elected to Congress — at 29, she would beat out Republican Rep. Elise Stefanik, the previous youngest at 30.

The wild Peter Strzok congressional hearing, explained
Hope Hicks will testify in front of the House Judiciary Committee next week
Vox Sentences: 3 governors in 5 days
A political scientist explains why the GOP is a threat to American democracy
Here’s Trump’s latest offer to end the shutdown — and why Democrats aren’t interested
Tuesday’s impeachment hearings were a disaster for Republicans