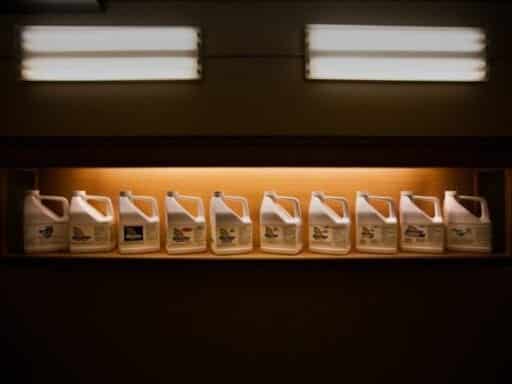 There are thousands of other similar cases pending.

A California jury on Friday ordered Monsanto to award $289 million in damages to a former school groundskeeper who claims its weed killer, Roundup, gave him terminal cancer. The decision, which the agricultural company has said it will appeal, could open the floodgates for thousands of other pending lawsuits claiming the herbicide causes non-Hodgkin’s lymphoma.

Here’s what happened: A jury in the San Francisco Superior Court sided with claims made by DeWayne “Lee” Johnson that years of working with Roundup and Ranger Pro, both made by Monsanto, gave him terminal cancer. They awarded him $289 million in damages — $39 million in compensatory damages, the rest in punitive damages.

“This jury found Monsanto acted with malice and oppression because they knew what they were doing was wrong and doing it with reckless disregard for human life,” Robert F. Kennedy Jr., a member of Johnson’s legal team, told the Associated Press. “This should send a strong message to the boardroom of Monsanto.”

Johnson, now 46, applied Roundup 20 to 30 times a year while working as a groundskeeper for a school district in the San Francisco area, according to CNN, and testified that he had two accidents in which he was soaked with the product entirely. The first incident was in 2012, and he was diagnosed with non-Hodgkin’s lymphoma in 2014, when he was just 42.

He once even contacted the company after developing a rash but was never warned the product could cause cancer. One of his attorneys said the company never called him back.

Now, Johnson is terminally ill, and lesions cover much of his body. His case was given an expedited trial because doctors say he’s near death.

Monsanto vice president Scott Partridge issued a statement after the verdict saying the company is “sympathetic” to Johnson and his family but held that glyphosate — the active ingredient in Roundup — does not cause cancer, citing hundreds of studies. “We will appeal this decision and continue to vigorously defend this product, which has a 40-year history of safe use and continues to be a vital, effective, and safe tool for farmers and others,” he said.

There are thousands of other cases pending

The World Health Organization’s International Agency for Research on Cancer in 2015 said that glyphosate probably has the potential to cause cancer in humans. But as CNN notes, Monsanto has long said Roundup doesn’t cause cancer and that the WHO report is outnumbered by studies that say it’s safe, including ones from the Environmental Protection Agency and the National Institutes of Health.

Timothy Litzenburg, one of Johnson’s attorneys, told CNN that the interaction between glyphosate and other ingredients in Roundup have a “synergistic effect” that makes the weed killer more dangerous. Johnson’s lawyers said the effects of glysophate had been insufficiently tested and accused employees of ghostwriting favorable scientific articles and studies.

2 million federal workers are poised to get paid parental leave for the first time ever
Many businesses oppose Trump’s deregulatory agenda. Here’s why.
The moral cost of America’s meat-supply obsession
Sudan’s longtime leader was ousted in a military coup. Protesters still want democracy.
American happiness is plummeting. Could a few words change that?
Why you might not see any athletes protest at this summer’s Olympics