Most investors don’t want to touch media anymore. But Axios is going to raise another $20 million. 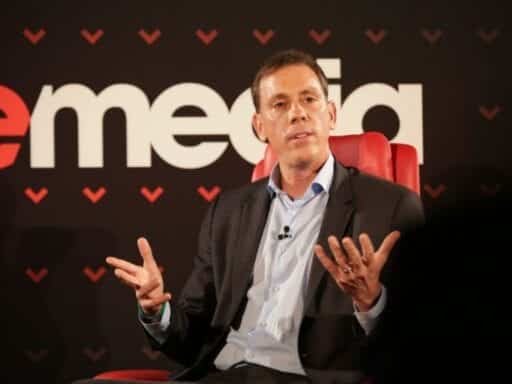 The new deal should value the political publisher at $200 million or more.

A few years ago, investors were eager to throw money at digital media startups. Not anymore.

But there are some exceptions: Axios, the three-year-old publisher best known for its short, fast-paced reports about the Trump White House and the rest of Washington, is close to a deal that will add millions to its balance sheet.

Axios is likely to soon raise at least $20 million in a funding round led by Glade Brook Capital, which will value the company at about $200 million, according to people familiar with the deal. Both Axios and Glade Brook declined to comment.

This is the the third time Axios has raised money, though people who work there tell Recode the publisher has barely spent any of the $20 million it raised in 2017. The new round is supposed to be “opportunistic” — meaning Axios is taking the money because it’s available on good terms.

That’s a very different scenario than the one facing many other digital media publishers, many of which found it relatively easy to raise money five or six years ago. At the time, investors thought a new class of tech-savvy content companies who knew how to harness Facebook and Google would reach huge audiences and generate enormous amounts of ad revenue.

That hasn’t panned out, for several reasons — a major one being that Facebook and Google themselves have been hoovering up most digital advertising budgets. So companies like Vox Media, which publishes this site, as well as BuzzFeed and Vice, which had raised hundreds of millions of dollars very quickly, aren’t able to find easy money anymore. And smaller publishers like Mic and Mashable have run out of money entirely, and have been sold for fire-sale prices.

Like an earlier generation of digital media companies, Axios makes money from advertising, and says it generated $25 million in revenue in 2018, its second year of operation.

But instead of trying to reach a giant audience on Facebook, Axios has focused most of its efforts on finding corporate advertisers, like Johnson & Johnson or Koch Industries, who want to reach its newsletter and web posts’ smaller audience of influential readers.

Now, sources say, it’s trying to generate a new source of revenue by selling those same advertisers a software product that’s supposed to help them make a sort of white-label version of Axios, which they could stock with their own content and messages and distribute on their own. The idea, as we understand it: Instead of reading Washington insider Mike Allen’s daily newsletter, a corporate client could create its own briefing.

Axios was co-founded by Allen, Jim VandeHei, and Roy Schwartz, who helped create Politico, a politics-obsessed publication that became a must-read for Washington denizens. It also served as a farm team for political reporters who have since gone on to high-profile spots at outlets like the New York Times and the Washington Post.

Now that trio is likely to have the backing of Glade Brook, a late-stage investment firm based in Greenwich, Connecticut, with roots in the hedge fund world. One of the so-called “Tiger Cubs” that descended from the hedge fund pioneer Tiger Management, Glade Brook — led by founder Paul Hudson — landed early stakes in Airbnb and WeWork, part of a new trend of East Coast investors who traditionally focus on public stocks but are working to gain access to promising Silicon Valley companies before, rather than after, they go public.

The Information had previously reported that Axios was looking to raise money.

Vox Sentences: 3 governors in 5 days
Recode Daily: The NSA collected the wrong data a second time
Trump said “nobody could have predicted” coronavirus. White House memos show his advisers did.
Will the coronavirus drive down housing prices? This real estate broker says no.
2018 Republican nominees don’t want to talk about Trump
Inception is the most imperfect of perfect movies. 10 years later, I still love it.