Rep. Adam Kinzinger’s new PAC hopes to pull the GOP away from Trump 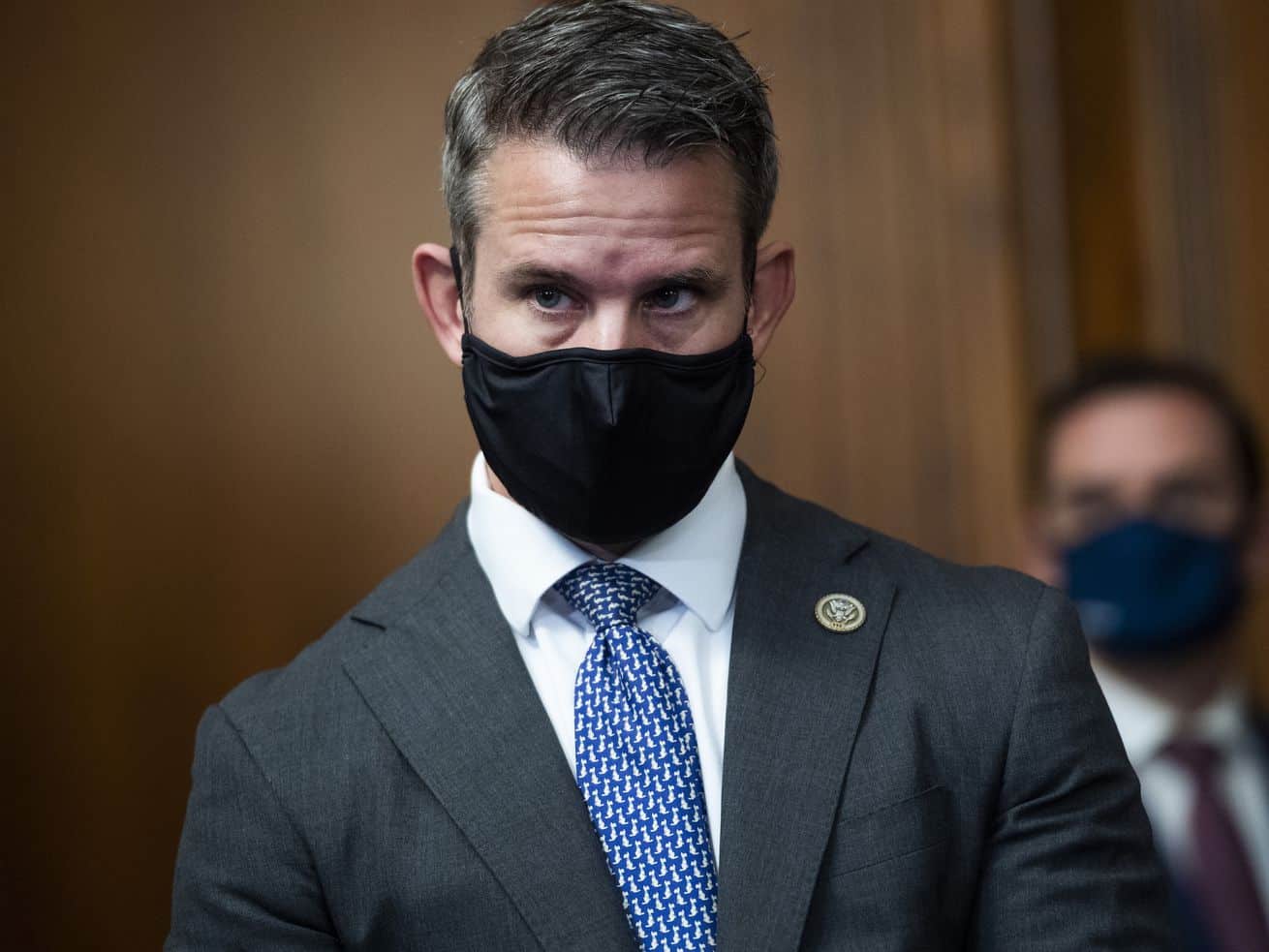 Rep. Adam Kinzinger (R-IL) has been one of former President Donald Trump’s loudest — and only — critics among Republicans in Congress. Now, after recently voting to impeach the former president for a second time, Kinzinger is launching a political action committee to support anti-Trump Republicans and purge the GOP of Trump’s influence.

“What the Republican Party needs to be [is] the optimistic party in the future,” Kinzinger said while announcing the initiative, called Country 1st, on Sunday’s Meet the Press. “And we need to quit being the party that even an iota defends an insurrection, a dead police officer, and other dead Americans on the Capitol. There is no equivalency to that. And we have to run from that as fast as we can.”

While few Republican leaders are openly defending the violent insurrection that followed a Trump rally in Washington, DC, on January 6, few have been critical of the rhetoric that led up to it, including Trump’s efforts to overturn the results of the election. Only 10 Republicans in the House voted to impeach Trump over his role in inciting the insurrection — and 147 Republican lawmakers, including 138 in the House, refused to certify President Joe Biden’s electoral win.

And Trump remains the influential head of the Republican Party. The former president remains overwhelmingly popular with GOP voters and seems poised to weigh in on coming elections — through endorsements, but also financially. As the New York Times has reported, Trump’s PAC has raised $31 million since November, with additional money raised jointly with the GOP, giving him a post-presidential total of $70 million to spend as he sees fit.

Kinzinger argued on Sunday that this influence has led to even those GOP lawmakers who oppose Trump prioritizing their short-term electoral prospects over the principles of conservatism.

“I was disappointed over the last few weeks to see what seemed like the Republican Party waking up and then kind of falling asleep again and saying, ‘Well, you know, what matters is if we can win in two years and we don’t want to tick off the base,’” Kinzinger said on Meet the Press.

Kinzinger’s PAC is meant to counter this influence and give Republicans an alternative to turning to Trump. But how successful the PAC will be in raising funds, and how many candidates it will successfully support, remains to be seen.

Today, @RepKinzinger ignited a movement to restore the GOP by putting principles first. It’s time to call out the lies and leave the vitriol behind. Now, we must put the country first for a better future.

Kinzinger was one of just 10 House Republicans to vote to impeach, and his anti-Trump stance is a lonely one within the Republican caucus and beyond. Family members have written to him to denounce him, with one even saying he is possessed by demons. The Illinois GOP is upset with him. And he is likely to face a primary challenge from the right in 2022.

The GOP is staying loyal to Trump

Kinzinger seems to be banking on the opposition to Trump being larger than it has appeared over the past few weeks. House Minority Leader Kevin McCarthy met with Trump just weeks after the insurrection. In both the House and the Senate, members have signaled they remain behind the former president.

At the state level, too, Trump continues to have strong support. State-level parties have censured members for speaking out against him. In a telling sign of where matters stand, Kinzinger was supposed to appear on Meet the Press as part of a group of Republicans who had stood up to Trump, according to host Chuck Todd; instead, he appeared solo.

Kinzinger came into office with a class of fellow GOP members who pursued obstructionism and elevated culture wars above all else. And As Vox’s Zack Beauchamp explored in a Q&A with historian Rick Perlstein, this style of governance directly set the stage for Trump and the fringe figures that have risen in his wake, including QAnon adherent Rep. Marjorie Taylor Greene.

With House Republicans more willing to take action against Rep. Liz Cheney (R-WY) for voting for impeachment than Greene for her promotion of QAnon, school shooting denialism, and a host of anti-Semitic and racist theories, Kinzinger appears to be in a minority position, for now. He has not ruled out running for statewide office in 2022, though he’s denied that his vocal anti-Trump positions are for campaign purposes.

However, if he does lose his seat to a primary challenger, the PAC could provide Kinzinger with an exit strategy to continue his intraparty battle — even if he is the only one doing it.

Why science can’t replace religion
Where Biden and Trump stand in the final presidential election polls
In leaked audio, Sen. David Perdue compares the risks of Covid-19 to car crashes
Washington Democratic debate: March 15, 2020
Dwayne “The Rock” Johnson is not running for president in 2020. Good.
Surprise: Woody Allen’s memoir has come out in the US after all