Shooting at Jacksonville, Florida video game tournament: what we know 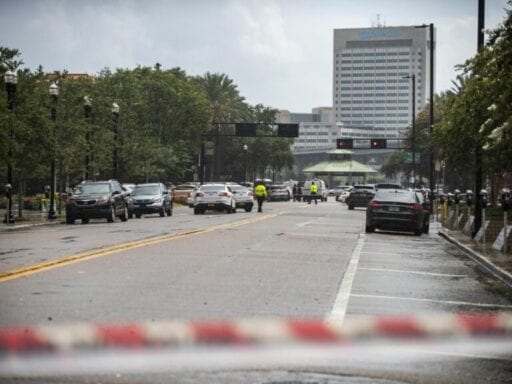 Multiple people were killed in the shooting, which happened during a video game tournament in the area.

There was a mass shooting in Jacksonville, Florida, on Sunday.

A shooter opened fire at Jacksonville Landing, a marketplace and entertainment area in downtown Jacksonville, during a video game tournament there, police said. At least three people, including the shooter, were killed, and 11 others were injured.

The shooting reportedly took place at the Chicago Pizza in Jacksonville Landing, next to the GLHF Game Bar, which was hosting a Madden NFL video game tournament at the time.

The tournament was being streamed on the internet platform Twitch when the shooting occurred, and video and audio of the shooting and aftermath swept across the internet shortly after. The content is extremely disturbing and graphic.

Here’s what we know so far.

We are finding many people hiding in locked areas at The Landing. We ask you to stay calm, stay where you are hiding. SWAT is doing a methodical search inside The Landing. We will get to you. Please don’t come running out. #TheLandingMassShooting https://t.co/qBJvkaO7xT

Im good and safe. Not gonna report anything but a community that’s filled with love, friends and family needs some prayer

The tourney just got shot up. Im leavinng and never coming back

I am literally so lucky. The bullet hit my thumb