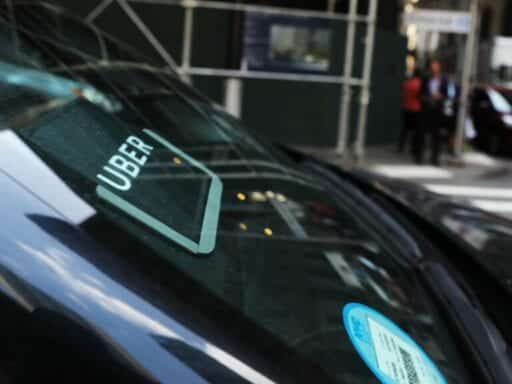 The online platform economy is a small but growing part of the gig economy.

Last year, in the New Yorker’s dive into whether the sharing economy would persist, writer Nathan Heller compared the gig economy to the “Conscious III” people from Charles A. Reich’s 1970 book The Greening of America who “simply do not imagine a career along the old vertical lines.” The gig economy aligns well with the desire for flexibility and pushback on traditional work hours.

Though the share of the population participating in it varies depending on how you define the term — from less than 5 percent for strictly online platforms like Wag and Airbnb to 40 percent for any type of freelance or contract work — the consensus is that those numbers will continue to grow. So how are all these gig workers faring financially?

A new JPMorgan study looked specifically at how the online platform segment of the gig economy has changed since 2013 by examining transactions between Chase bank accounts and 128 online gig platforms. The study found that those who are using apps and sites to lease their assets, whether an apartment or a car or a parking space, saw a 69 percent increase in income.

Why people turn to gig work has a lot to do with how old they are. According to a 2018 study, Gen X-ers work the most hours per week of any generation and usually have a high school education. They are also more likely to rely exclusively on gig work for income. Baby boomers usually have high degrees and are retired. They use on-demand service platforms to make money they may not be getting in retirement. Millennials use it as a side gig way to pay off debt and are often more highly educated as well. Both millennials and boomers say they enjoy the flexibility offered by gig economy jobs.

But the freedom so often marketed with gig economy jobs is not as liberal as it seems. Cases about whether drivers are considered full-time employees or contractors have plagued online platform companies across industries. This year, a Grubhub driver brought a case against the food delivery platform, saying it controlled a significant amount of his time the way a manager controls employee shifts, and therefore, he should be offered minimum wage, benefits, overtime pay, and reimbursement for expenses. The court disagreed and said Grubhub drivers are independent contractors, relieving Grubhub of providing any full-time employee benefits. Uber has also faced suits from drivers saying the algorithm Uber uses exerts control of a driver’s schedule, but no court has ruled for drivers to be treated as full-time employees.

So will the gig economy eventually overtake traditional employment? Does this decrease in wages and increase in participants foreshadow an even more precarious future for all gig economy workers? I asked four sharing-economy experts for their views on the current state of the gig economy and where it might be headed.

Paris Marx, author of Freedom From Jobs: How Automation Will Revolutionize the Future of Work

Gig economy jobs will not overtake full-time jobs, nor was it ever likely for that to happen. The growth in the number of people engaging in the gig economy, as reported by JPMorgan, is not a hopeful statistic, but an incredibly worrying one. It does not show the growth of a positive new employment sector, but illustrates the growing precarity of the American people.

But if things continue as they’ve been, with wages continuing to stagnate (or grow very little), health insurance getting more expensive, and the rich capturing the bulk of economic gains, then yes, the gig economy will keep growing because desperate people will seek out some way to earn extra income and the barrier to entry is often lower in the gig economy than in traditional employment.

However, if proper living wages are instituted, Medicare-for-all is adopted, and taxes are hiked on rich people and corporations to reinvest in infrastructure renewal and a Green New Deal — programs which could create millions of well-paid jobs — people would be less likely to turn to the gig economy and there would be greater pressure to increase the labor standards that those companies have to abide by.

This entrepreneurial spirit is what is driving this new, flexible workforce, or new service economy. We also see the budding proliferation of the on-demand business model that is built on the very nature of people wanting immediate access to goods and services from the convenience of their smartphone.

The only gap in all this is the way these companies recruit and hire this dynamic and changing workforce. Companies have spent resources in optimizing services to their consumers but have not put this same investment in their hiring practices. For this new service economy, barriers need to be removed from the hiring process.

The biggest one is the sourcing and hiring process. The easier companies make it for candidates to apply, the faster they can meet their workforce demands. For the candidate, having this effortless access to immediate work makes the success of their livelihood possible.

The gig economy is expanding, companies are adapting to this growth, and the result will be that companies who make the hiring process easiest, will win over the most qualified workers. Companies, however, that continue to look for gig workers with outdated methods and tools will continuously lose the battle for candidates and become stagnant.

In principle, one real advantage of the gig economy is that workers can use it on a temporary basis when they face shortfalls in income from their primary employment, or when they experience unexpected expenditures. But on the other hand, we should be aware that people working primarily or exclusively in the gig economy generally lack labor protections (e.g., collective bargaining rights) and non-wage benefits (e.g., health insurance) that are more often associated with traditional employment.

The technologies and business practices that make the gig economy possible are still relatively new, and it seems likely that entrepreneurs will find more opportunities to expand the gig economy. I think it remains to be seen whether that expansion will result in any large shift in workers’ primary employment.

Low-skilled workers who are poorly paid and don’t have access to benefits is a problem of our economy and our society, and it’s not specific to the gig economy. That Uber driver is actually worse off in the traditional economy.

The problems of lower-skilled workers not being paid and not having access to benefits, that’s a systemic problem. I think if you’re looking at Uber driver or a lower-skilled worker, what are the current alternatives? In a traditional job economy, they could be working at a fast food restaurant or retail, and under those options their economic situation is similar. The difference is when they’re an Uber driver, they can control how much they work. They can control their life. In the traditional jobs economy, they are given shifts.

The gig economy is here to stay, and it’s only growing. People want to work differently. But as long as we have a labor market which penalizes you if you are not a full-time employee, I think it’s unlikely that the gig economy will be the predominant way of working.

The difference between the DNC and RNC, in one tweet
The law that’s helping fuel Delhi’s deadly air pollution
US sees layoffs, China reports no new local cases: Thursday’s coronavirus news
The Zelensky call also shines a light on Trump’s financial corruption
Most Americans say they really are social distancing
A pro-gun activist lobbied for “constitutional carry” by showing up at Texas lawmakers’ homes. Now t...