The immense physical labor of narrating an audiobook 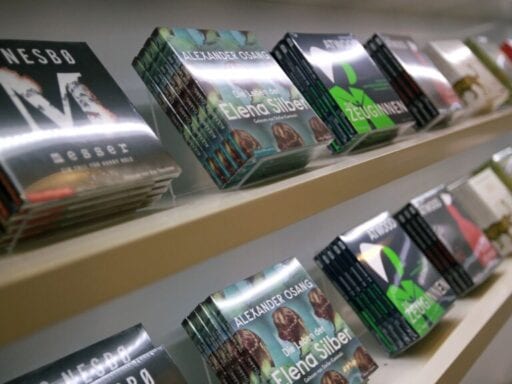 Welcome to Vox’s weekly book link roundup, a curated selection of the internet’s best writing on books and related subjects. Here’s the best the web has to offer for the week of November 17, 2019.

No one can say for certain how much he contributed to the poem, but his name is, as Andrew George says, “a convenient identifier for whatever intellect it was that produced the standardized text that was the vehicle for the Gilgamesh narrative in the first millennium.” The Standard Babylonian poem loses some of the directness and freshness of the Old Babylonian stories he was working from. His is not primarily what we would call a poetic imagination. Was he perhaps, as George suggests, “a profound thinker, who gave the poem a structure and tone that were certainly the result of a deliberate and consistent policy to focus less on heroic grandeur and glory and more on human frailty and failure?”

I do have a penchant for an antiheroine/hero. I prefer not to know exactly how I feel about a character. I definitely started walking like a badass while reading Lisbeth Salander. I was horrified yet set alight by the brutal amorality of Sebastian Dangerfield from J. P. Donleavy’s “The Ginger Man,” and I’ll never quite shake the impact of Cheryl Glickman from “The First Bad Man,” by Miranda July. Humbert Humbert in “Lolita” was the most unforgettable, uncomfortable relationship I’ve had with a character I can remember. There are so many!

It would seem as if few times in history could be less hospitable to literature. Not even 20 years ago we mostly read about things in lag, on thin slices of tree, whereas now we do — well, this, whatever this is. Yet instead of technology superannuating literature once and for all, it seems to have created a new space in our minds for it.

In 2011, I quit my big executive-director job running a global nonprofit to embark full time making my first book, The Yellow House. I had a book deal, and an advance that I thought would last longer than the year it did. I had no idea what I was doing.

I thought, at first, that I would simply follow the chain of the title to write an autobiography of a house. I had no idea of the tentacles, the ways in which the story would transfigure. I hadn’t known at the outset that I would ultimately need to find a foundation, a structure for the book solid enough to hold the story of my growing up on sinking and subsiding soil. Had not known how excruciating the task!

“I am the proud and happy writer of popular fiction,” says novelist Jennifer Weiner, “and I would never argue that it matters as much as the award-winning, breathtaking, life-changing meditations on love and humanity and the Way We Live Now.” This is an admirable attitude, but a misapplied one — in 16 books Weiner has meditated on love, humanity, and current mores. In fact, Weiner’s Mrs. Everything, as well as Elizabeth Gilbert’s City of Girls, two of the blockbuster publications of 2019, are both decades-spanning historical novels about women in America that together pose an important question about the “Way We Live Now.” Specifically: Can fiction be adequate to represent the lives of women while offering both solace and entertainment?

To a second grader, reading is like throwing confetti in the air and getting back music or diamonds; sometimes, on a bad day, only dust motes. My girl isn’t a purist like her mother. I prefer the book as a physical object, novels preferably, the bound pages humming with secrets. But she’ll read anything: comics and graphic novels, chapter books, e-books on her Kindle (she has one; I don’t), engineering manuals, visual encyclopedias, books her dad and I made for her, stapled-together pages she’s started writing and will likely never finish, stories she’s started on my laptop. In the early days, I thought it all a performance, a child’s idea of what reading was supposed to be. I didn’t know then that pretending (to read, to write, to cook, to dance) was the beginning of the thing itself.

Much in the spirit of an adult woman with a Disney+ subscription and a lingering fondness for the concept of mix CDs, I have a technological resistance to e-books, and prefer paperbacks for their familiarity as much as the experience they provide. As many others do, I like the smell of the pages and holding my progress in three dimensions. But I can stay up for hours staring at my stupid phone, and I cannot say the same for a paperback book.

Even those that don’t rate the shop — who think the stock isn’t good enough or complain that it’s too crowded — recommend visiting, talking of its history and its proximity to Notre Dame. As a Paris landmark, which turns 100 this month, it is ranked below the Eiffel Tower and above the crumbling angels of Père-Lachaise cemetery. But how does a bookshop become a place of pilgrimage, a tourist trap and an emblem for a city, all at once?

Narration may sound like an easy way to make money — you just sit there and read — but I can assure you, it isn’t. I narrated my own audiobook in 2014, an experience that I described at the time as being akin to an exorcism: three long days in a dark room, tripping through the minefield of my own words. All I could think was: if I’d known I was going to have to say this whole book out loud, I would have written a better one. Or maybe I wouldn’t have written one at all.

Here’s the week in books at Vox:

Biden wants actual scientists to advise him on Covid-19
Trump’s closing message is lying about the coronavirus at rallies that spread infection
World leaders react to Biden’s win as Americans take to the streets in celebration
Christine Blasey Ford’s Coke bottle, OJ Simpson’s Bronco, and the inevitability of brands
America’s top election official explains why Trump may be committing crimes
How an ill-fated undersea adventure in the 1960s changed the way scientists see the Earth