The longest lunar eclipse of the century is on July 27 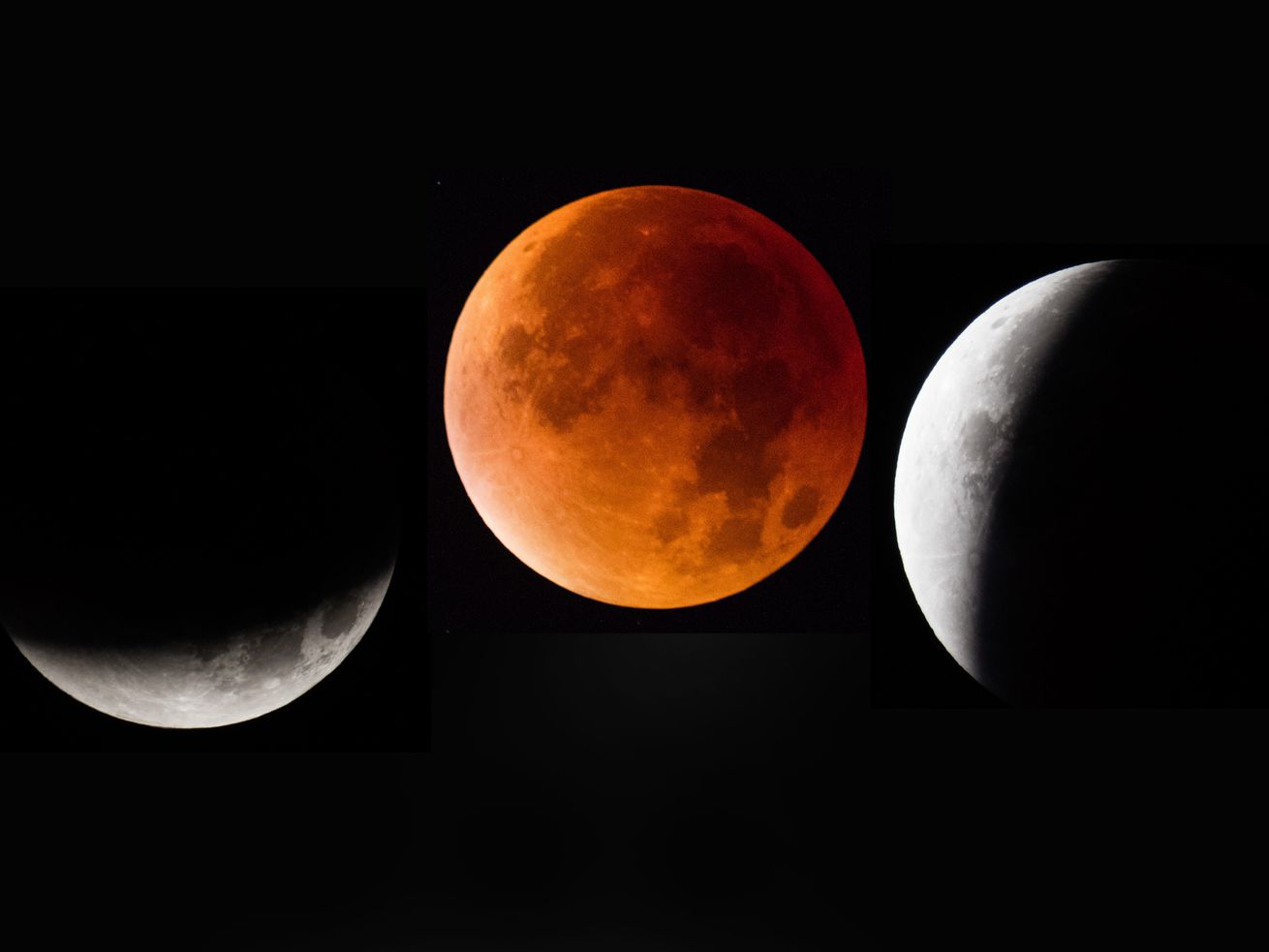 Most of the world will get to see a total lunar eclipse today. Here’s how to watch.

On Friday, July 27, the full moon will pass through the shadow of the Earth. For 103 minutes, the usually silvery moon will turn blood red and ochre. It will be the longest “blood moon” lunar eclipse of the century, lasting 26 minutes longer than the last total lunar eclipse, in January.

Here’s the good news: The vast majority of people on planet Earth will be able to see this lunar eclipse.

Here’s the less good news: Those of us in North America (save for a slice of Newfoundland, Canada) will not see it at all.

Sadly, by the time night falls in North America and the full moon rises here, the eclipse will already have ended. The moon will have finished traversing Earth’s shadow, or umbra. We’ll have to wait until January 21, 2019, when the next full lunar eclipse will be viewable here.

For readers in Australia, Asia, Africa, Europe, and South America, all you have to do is go outside at 17:14 Universal time (1:14 pm ET) and look for the moon. That’s when the partial phase of the eclipse starts. The full eclipse begins at 19:30 UTC and then lasts a full hour and 43 minutes! (Check out precisely when the eclipse will occur where you live on TimeandDate.com.)

Enjoy! And tell us how it went! Tweet pictures to @voxdotcom. We won’t be totally jealous or anything.

If I can’t see it, can I at least live-stream it?

It’s 2018. You don’t have to do much without leaving your couch — eclipse viewing included.

The astronomy education website Slooh will live-stream coverage of the eclipse starting at 1 pm Eastern on July 27. Watch it right here.

The eclipse will still be very cool to watch, even just on YouTube. Here’s a time-lapse replay of the last full lunar eclipse in January. You can see the Earth slowly cast an orangey-red shadow on the moon.

For more outdoor sky-gazing opportunities this summer, check out our guide. July 27 is also the best day to view the planet Mars, as it will be directly in line with Earth and the sun.

Why do we have lunar eclipses?

The simple answer is “because the moon sometimes passes through the shadow of Earth.” But there’s more to it than that.

For one, it has to be a full moon. When the moon is full, it means the sun, Earth, and moon are in alignment, like so:

Now, you might be thinking: “Why don’t we have lunar eclipses every full moon?”

No one is completely sure why — but it might have to do with how the moon was likely formed: from a massive object smashing into Earth.

This means during most full moons, the shadow misses the moon, as you can see in the diagram above.

There are two points in the moon’s orbit where the shadow can fall on the Earth. These are called nodes.

For a total eclipse to occur, the moon needs to be at or very close to one of the nodes.

When the sun, Earth, and moon are aligned at a node, voila! The moon falls into the path of the Earth’s shadow.

There are usually two or three lunar eclipses in a given year, and everyone lucky enough to be on the night side of Earth during a lunar eclipse has a chance to witness it.

You don’t need any special equipment or protective glasses to view it (unlike with a total solar eclipse). But a pair of binoculars will give you a better, more detailed view of the moon’s geography as it darkens in shadow.

Why does the moon turn red during a lunar eclipse?

During a total solar eclipse — like the one North America saw last summer — the entire brighter-than-bright disc of the sun turns black, revealing the sun’s atmosphere.

What happens during a total lunar eclipse is a bit less dramatic, but beautiful nonetheless.

When sunlight passes through the atmosphere, the gases therein trap and scatter the blue light in the spectrum. (This is why the sky appears blue.) The red, orange, and yellow wavelengths pass through into Earth’s shadow and get projected onto the moon.

Basically, as Vox’s Joss Fong has explained, a total lunar eclipse is like projecting all the sunsets and sunrises onto the moon.

Threats, misogyny, hypocrisy — Trump’s post-impeachment speech had a little of everything
Trump released a tweet-like statement denouncing violence. He still needs to do more.
My cousin was killed in the Charleston church shootings. Here’s what happens after the cameras leave...
How Democrats can talk about race and win
That famous cello prelude, deconstructed
Covid-19 vaccine side effects, explained