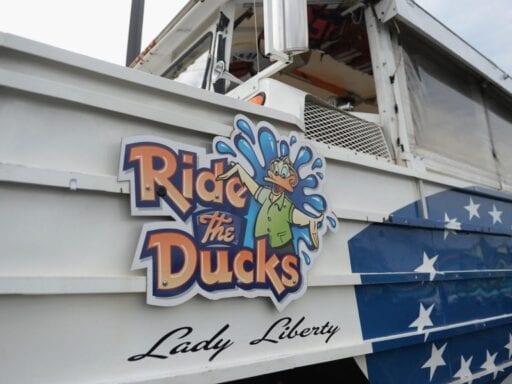 The tragedy has reignited the debate about about weather safety and heeding meteorological warnings.

The Missouri duck boat accident that left 17 people dead has reignited the debate about weather preparedness and the importance of heeding meteorological alerts.

On Thursday evening, a Ride the Ducks tourist boat carrying 31 people capsized on Table Rock Lake in Branson, Missouri, after a strong storm hit the lake. Seventeen people, including nine from the same family, were killed in the accident, and multiple others were injured.

Jim Pattinson Jr., who owns the duck boat company’s parent company, Ripley Entertainment, told CBS This Morning on Friday that the boat “shouldn’t have been in the water” but at the same time suggested the storm came on as a surprise. The strong winds “came basically out of nowhere,” he said.

But weather experts have pointed out that’s not the case: The line of storms was fast-moving, yes, but there were plenty of warnings a storm was coming that should have kept the boat from going out.

“The radar clearly showed a very large complex of storms approaching the lake,” Marshall Shepherd, former president of the American Meteorological Society, told the Springfield News-Leader. “If I had been at the lake under that situation, I would not have gone out.”

The National Weather Service released a timeline of its weather warnings, watches, and reports in the hours before the tragedy. The Storm Prediction Center issued a severe thunderstorm watch at 11:20 am on Thursday, and the NWS issued multiple warnings for neighboring areas that evening as the storm approached the lake. The severe thunderstorm warning for Table Rock Lake came at 6:32 pm, about half an hour before authorities received their first call about the capsizing boat. Those warnings included the potential for dangerously high winds.

At the nearby Branson Airport, a 63 mile-per-hour wind gust was detected at about 7:30 pm. The winds were likely stronger on the lake.

“This is a reminder that you should always take severe thunderstorm warnings as seriously as you take tornado warnings,” Jonathan Erdman, a senior meteorologist at weather.com, wrote.

Radar of the SW MO thunderstorm complex with warnings and storm reports.

Even before the severe thunderstorm warning was issued for Branson, warnings were issued upstream with numerous reports of wind damage.

As stated by many, this storm did not “come out of nowhere”. pic.twitter.com/f85MOUaJU5

In May, the American Meteorological Society adopted a statement advising organizers of sporting, entertainment, and recreational events to have a hazardous weather plan in place. The AMS’s recommendations include proactive weather monitoring, risk communication planning, and developing a hierarchy for decision-making regarding dealing with the weather.

It also points out that many venues have inadequate plans, if they have one at all. It cited multiple examples of weather-related tragedies that might have been preventable had more attention been paid to meteorological warnings.

Shepherd, the former AMS president, in a recent piece for Forbes invoked the example of a 2011 incident at the Indiana State Fair in which a wind gust caused a stage to collapse during an outdoor concert by the band Sugarland. Seven people were killed, and 58 were injured. The AMS statement notes that the same day, an Indianapolis Symphony Orchestra performance nearby was evacuated, with thousands of attendees exiting safely from an outdoor theater.

“Organizations that operate these kinds of venues have to plan for weather events, and not just hope it misses them,” Shepherd told the Springfield News-Leader.

those saying the cliche “weather was not predictable” or that “it came without warning”, NO NO NO, plenty of warning to make a decision on whether the #duckboat should have been in the water.. @ametsoc just provided guidance on these types of things https://t.co/pnhGQiCXUd https://t.co/Gnfh05wedA

Run the Jewels’ new album is shocking, funny, relentless — and 2020’s most required listening
Moderate Democrats’ political dilemma on impeachment, explained
5 fascinating stories about Lee Israel, the real person behind Can You Ever Forgive Me?
15 groundbreaking, unsettling, joyous documentaries to look for this year
Watchmen becomes an aching, beautiful love story in its next-to-last episode
7 key moments from Joe Biden’s inauguration special