The public doesn’t trust GMOs. Will they trust CRISPR? 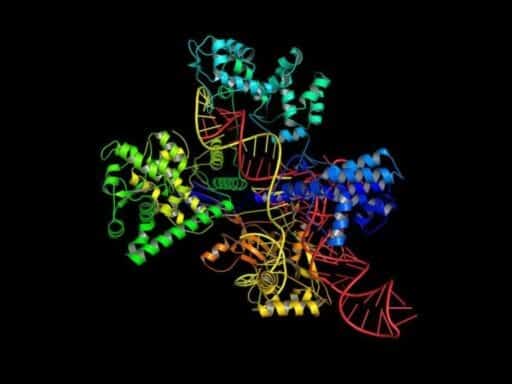 There’s a huge opportunity to improve agriculture with gene editing. But we need to give CRISPR a chance.

The National Academies of Sciences, Engineering, and Medicine today released a report on how to address the most pressing problems of American agriculture. The list of those problems is long and scary: climate change, food waste, water scarcity, food-borne illness, pests, and disease. “Agriculture is confronting a crisis no less epic than the dustbowl of the 1930s,” said Thomas Grumbly, president of the Supporters of Agricultural Research Foundation, which commissioned the NASEM report, in a statement.

The fifth is gene-editing. If the past is a predictor, that one will raise hackles. Nothing in agriculture is as divisive as a modified genome.

But does the past have to be a predictor? Is it possible that new gene-editing techniques like CRISPR — along with new applications, new players, and a new way of talking with the public — give science the chance to press the reset button on genetic modification?

We can argue about the impact of the genetically modified organisms, or GMOs, already in our system, modified to be toxic to insects, resistant to herbicides, or both. It’s been a mixed bag, with decreases in insecticide and our most toxic herbicides on the plus side, and an increase in herbicide-tolerant weeds on the minus side.

But the argument against GMOs has never been just about the GMOs themselves. It is about a corporate-dominated, industrialized food system that’s focused on animal feed, processed foods, and biofuels and insufficiently attentive to soil health, environmental degradation, and biodiversity. GMOs have been a convenient handhold on a big, slippery problem.

For one, CRISPR is academic to GMO’s corporate. The technology was born at the University of California Berkeley and the Broad Institute at Harvard and MIT. Most of the GMO crops we eat were created by Monsanto.

It’s also transparent to GMO’s opaque. The scientists developing CRISPR are making information about the technology and its applications public in a bid to avoid the kinds of accusations the agriculture industry faced of sneaking GMOs into the food system.

It’s cheap to GMO’s expensive, so cheap that you can buy a kit to CRISPR a bacterium right at home for $159. The biotech industry estimates that it takes $130 million to bring a genetically modified crop to market. Of course, that $130 million includes all kinds of things besides the actual gene editing, but the fact that you can practically CRISPR in the kitchen sink means that it’s not just the companies with the deepest pockets who can edit genomes. (This is also a risk, no doubt.)

It’s accessible to GMO’s proprietary. Although there are patents — and a patent fight — within CRISPR technology, the Broad Institute has committed to sharing the technology, gratis, with all academic researchers and nonprofit institutions.

Most of the academic scientists working on CRISPR don’t stand to benefit financially (although a few patent-holding scientists do). And they are instead in it to tackle the world’s pressing priorities: climate change, human health, and the nutrition needs of a growing population.

Making the technology available means making it available to industry as well, and the industries at issue (agricultural and medical, primarily) will, presumably, continue to try to develop money-making products.

But all of this is happening in the bright light of day. CRISPRCon, the annual conference about the technology, has become the forum where stakeholders are having critical discussions about the applications and implications of our new-found ability to edit genetic material.

At this year’s CRISPRCon, held in Boston in June, every session included perspectives from different communities — religious, indigenous, minority — and the conversation was about transparency, consensus building, and public trust. There were scientists and skeptics, doctors and farmers, businesses and philanthropies, all recognizing that, when we’re talking about editing genomes, everyone with genes (or who grows genes, or eats genes, or treats genes) has skin in the game.

WIll the public buy in? Can CRISPR earn the public trust, squandered in the tone-deaf, insular roll-out of GMOs?

Take proprietary data. One of the problems with the roll-out of GMO crops was the lack of public access to the industry safety data that our regulatory agencies used to make decisions. According to the National Academies’ 2016 report on the state of genetically engineered crops, that kind of opacity “creates distrust” in some stakeholders. “Transparency and public participation are critical,” the report concludes.

Having seen what happened with the GMO roll-out, Kevin Esvelt is determined not to make the same mistakes.

Esvelt, assistant professor at the MIT Media Lab, is working on Mice Against Ticks, a project to use gene-edited mice to control Lyme disease on two islands where it runs rampant, Nantucket and Martha’s Vineyard, just off the Cape Cod coast. Mice are the disease carriers, and immunizing them against Lyme can stop transmission to people.

Esvelt and his team understood early on that releasing gene-edited mice on an island required community buy-in. In a series of meetings with residents, they presented the options and solicited suggestions, questions, and opinions.

“It’s an example of responsive science,” he wrote me in an email. “Researchers go to communities to ask whether they might be interested in one of several potential new technologies that might help solve an apparent problem, the communities decide which (if any) they prefer, and the scientists act as their technical hands.”

It’s as though they took the GMO roll-out as a blueprint of what not to do — and they got community approval to proceed. “Our approach is a conscious departure from historical mistakes,” he said.

Those mistakes lost the goodwill of some of the people who care most about the health of both our environment and us. The corporate control, the emphasis on pesticides, the proprietary technology, and the tin-eared GMO PR alienated large swaths of the engaged public. Even clear GMO benefits (like a marked reduction in insecticide spraying) weren’t very compelling when the crops in question went into cars and pigs.

Eliminating malaria with CRISPRed mosquitoes, though, that’s pretty compelling. So is Mice Against Ticks. At CRISPRCon, we heard about gene-editing cassava to eliminate cyanide-producing compounds, gene-editing pigs to resist a deadly virus, and gene-editing rice for higher yields (rice CRISPRs!). There’s the potential for drought resistance, nutritional improvements, and removal of allergens. The list is very, very long.

Public acceptance of CRISPR is not a slam-dunk. The academic labs are also partnering with big pharma and ag companies, and corporate involvement could poison the well.

Recent studies suggest that cells CRISPRed to treat disease might increase cancer risk, and that using the technology could cause significant collateral DNA damage; those won’t be the only studies to fuel fears. But, given the potential of the technology, it’s hard to imagine a future in which we decide, as a society, not to use it.

CRISPR may not win minds and hearts overnight, and we still have much to study and learn about it. But here’s hoping that transparency, community involvement, and applications in the public interest will bring gene editing skeptics to the table — disbelief at least temporarily suspended — to give it a chance.

The Senate just voted to check Trump’s ability to take military action against Iran
Vox Sentences: The most restrictive abortion ban yet
A disturbing new study suggests Sean Hannity helped spread the coronavirus
What happens next in the coronavirus outbreak? We mapped 8 scenarios.
La-Z-Boy used to be a punchline. Now it’s an aspirational brand.
Sean Hannity suggests bombing Iranian oil refineries to cause “major poverty for the people of Iran”