The worsening carnage in Syria, in one grim statistic 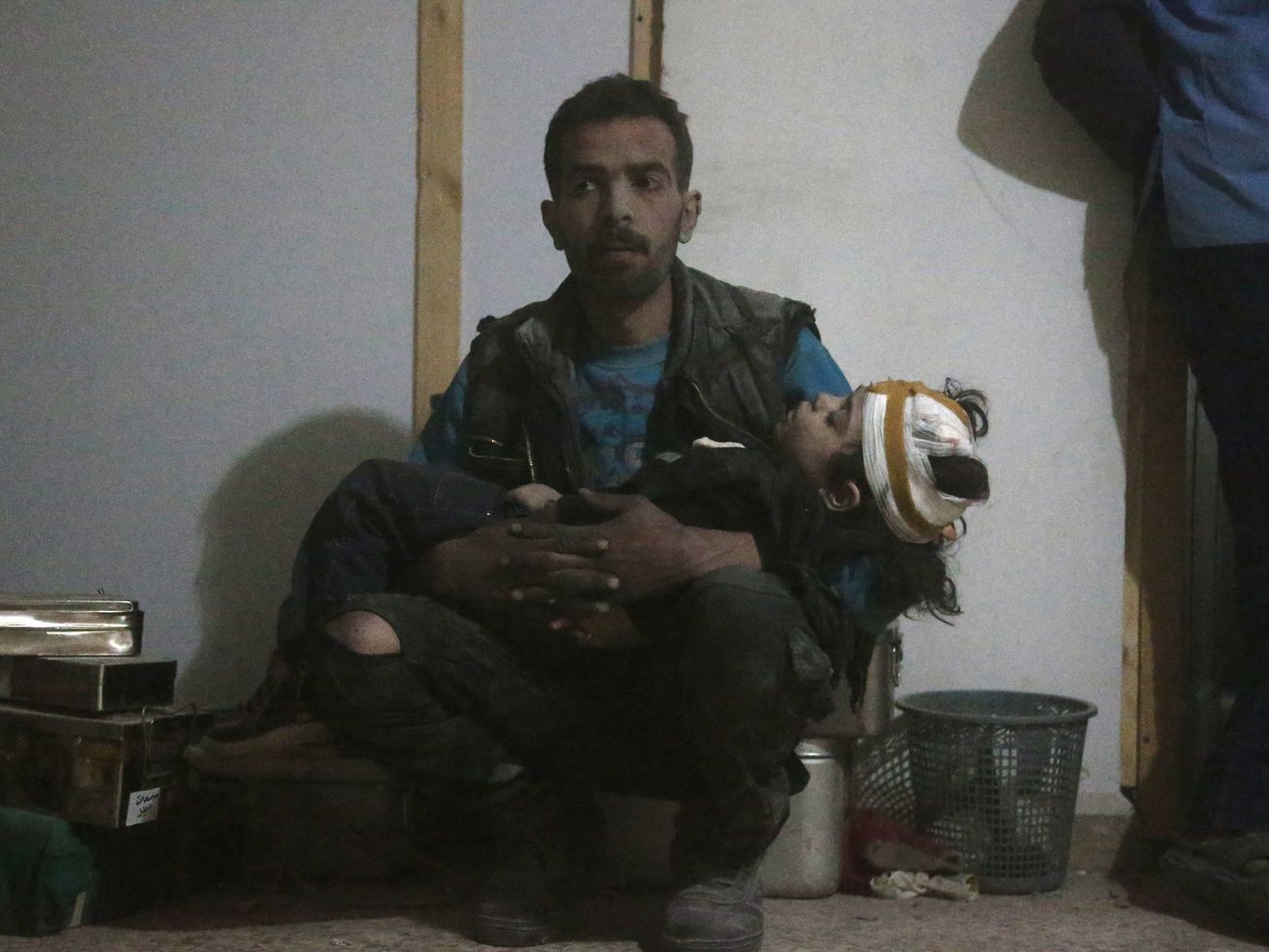 The war in Syria may not be in the news, but the everyday dangers children face remain very real.

The war in Syria has mostly disappeared from headlines in the US, in part because Syrian President Bashar al-Assad has, with significant support from Russia and Iran, managed to claw back nearly all of the territory once held by rebels.

But that doesn’t mean the conflict, or the horrific carnage, has ended. Far from it.

The UN announced that last year was the deadliest year for children in Syria since the war started seven years ago: 910 children were killed just in 2017 alone.

And it looks like 2018 will be even worse: In March the UN said more than 1,000 kids were either killed or injured in just the first two months of 2018.

Virginia Gamba, the UN’s top official for children and armed conflict, also said in a statement Friday that there’s been a 348 percent increase in the “killing and maiming” of children in the first quarter of 2018 compared to the previous quarter.

There are many reasons for the increase, according to Gamba, but the two main ones are a 25 percent in the use of child soldiers, and accelerated attacks on schools and medical facilities. All of that, of course, is illegal under international law.

The uptick also comes as the regime stepped up its fighting this year in southwest Syria and Eastern Ghouta, an area near the capital that was long held by anti-Assad rebels.

The fate of Syria, then, is not all that’s on the line in the war — it’s quite literally the fate of thousands of children.

“It is time for the children of Syria to believe in their own future and to learn what peace means,” Gamba said in her statement. “It is time for them to retake the childhood that was taken away from them. … They have been used and abused by, in and for armed conflict for far too long.”

“We just try to keep her alive”

Earlier this year, I was sent dozens of pictures and videos by doctors affiliated with the Syrian American Medical Society, a medical relief organization that works to heal those harmed by the war.

The pictures were ghastly. Many contained images of children with their bodies ripped open, their internal organs spilling out. Others showed kids with lost limbs and body parts, crying in underground areas to avoid the constant bombing by Assad’s planes.

One in particular stood out: It was a video of a little girl, maybe 4 or 5 years old, who had lost her eye. She was in critical condition, and the doctor had placed tubes down her throat to help her breathe.

When I asked the doctor if she would live, the physician merely responded, “We just try to keep her alive,” followed by an emoji of hands in the prayer position.

I never learned if she survived.

A Gates-funded program meant to keep low-income students pushed them out instead
5 activists on how they’re carrying Rep. John Lewis’s legacy forward
A requiem for the Twitter presidency
Trump is facing a coronavirus threat. Let’s look back at how he talked about Ebola.
How #SaveTheChildren is pulling American moms into QAnon
Scientists are divided over whether climate change is fueling extreme cold events