Trump campaign lawyer breaks with Trump over the Capitol insurrection 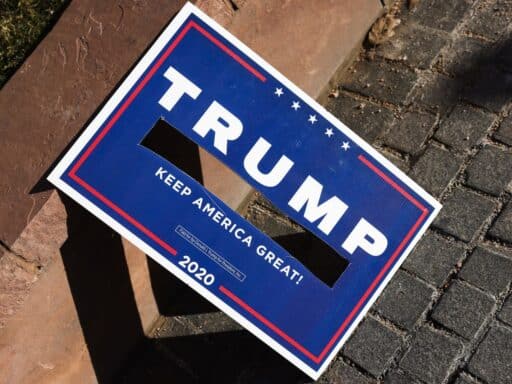 “The client has used the lawyer’s services to perpetrate a crime.”

Jerome Marcus, a lawyer who represented the Trump campaign in a lawsuit concerning what rules apply to partisan observers who watched the ballots being counted in Pennsylvania, filed a cryptic motion in federal court on Thursday indicating that Trump’s losing presidential campaign is engaged in criminal activity.

He later clarified that he wishes to break with the Trump campaign because he believes that Trump has used the lawsuits the campaign filed challenging various aspects of the 2020 election to “incite people to violence.”

Marcus sought a federal court’s permission to withdraw as a lawyer for the Trump campaign because his client “has used the lawyer’s services to perpetrate a crime and the client insists upon taking action that the lawyer considers repugnant and with which the lawyer has a fundamental disagreement.”

The motion did not identify what kind of criminal activity the campaign is allegedly engaged in, but Marcus emailed me a statement clarifying that he decided to break with the Trump campaign after witnessing the violent siege of the US Capitol by a Trump-supporting mob on Wednesday.

Although Marcus insists that “the case I filed on behalf of the Trump Campaign was factually based,” he added that “the filing of that and other cases was used by President Trump to incite people to violence.”

Trump, Marcus added, urged “people to come to Washington for a ‘wild’ protest,” and he says that he wants “absolutely no part of that.”

As a general rule, lawyers aren’t permitted to withdraw from representing a client if doing so could harm that client. But state ethical rules typically permit lawyers to withdraw if the client seeks to make the lawyer complicit in a crime.

In his motion, Marcus cites a Pennsylvania rule of professional conduct which permits a lawyer to withdraw from representation if a client uses the attorney “to perpetrate a crime or fraud,” or if the client insists upon actions that the lawyer views as “repugnant.”

Marcus represented the Trump campaign in Donald J. Trump for President v. Philadelphia County Board of Electors. Pennsylvania law permits campaigns to send observers to watch the ballot-counting process, and the Trump campaign alleged that its observers were not given sufficient access to this process.

Ultimately, the Trump campaign reached an agreement with local elections officials, and a federal judge denied the campaign’s request for a court order “in light of the Parties’ agreement.”

“He’s black me!”: Alec Baldwin returns to SNL to spoof Trump’s Kanye West meeting
Here’s what the National Guard can and can’t do during the George Floyd uprising
The pandemic is hitting counties that voted for Hillary Clinton harder — for now
9 winners and 1 really big loser from the 2020 Golden Globes
The legacy of Toni Morrison looms large in The Vanishing Half
Nike’s Colin Kaepernick ad sparked a boycott — and earned $6 billion for Nike