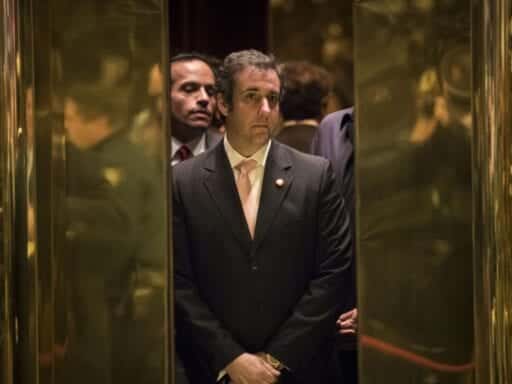 I do not think that word means what you think it means.

President Donald Trump lashed out at his former attorney Michael Cohen on Saturday, reacting to a report that Cohen secretly recorded the two discussing a payoff to former Playboy model Karen McDougal, who claims they had an affair. Trump called Cohen’s actions “inconceivable,” but emphasized he did nothing wrong.

The New York Times reported on Friday that the Department of Justice’s investigation into Cohen includes a recording of a September 2016 conversation between him and Trump about paying McDougal, who says she had an affair with Trump in 2006 and 2007. Trump’s current lawyer Rudy Giuliani acknowledged the tape in interviews with the Times and CNN but claimed the president hadn’t done anything wrong.

Trump in a tweet on Saturday repeated that line. He said it was “inconceivable” that the government would break into a lawyer’s office — as the FBI did to Cohen in April — and that a lawyer would tape his client. Trump said that Cohen’s actions were “totally unheard of” and “perhaps illegal.” In New York, where the conversation was recorded, it is legal for communications to be taped as long as one party knows it’s happening. Legal ethics codes, like the American Bar Association’s professional conduct rules, don’t specifically address secretly recording clients.

Inconceivable that the government would break into a lawyer’s office (early in the morning) – almost unheard of. Even more inconceivable that a lawyer would tape a client – totally unheard of & perhaps illegal. The good news is that your favorite President did nothing wrong!

Cohen is under federal criminal investigation over his business dealings, and officials are probing payments he made to women to keep them from speaking out about Trump. That includes a $130,000 payout to pornographic actress Stormy Daniels, who says she had an affair with Trump in 2006, and a payment to McDougal. The payments might have violated federal campaign finance law.

During the campaign, the National Enquirer paid McDougal $150,000 for her story on her alleged year-long relationship with Trump and then never published the story. According to one of Giuliani’s varying accounts of the recording, Trump and Cohen discussed buying the rights to her story from the Enquirer — essentially a reimbursement. Giuliani had initially said they were talking about a separate payment to McDougal to buy her story.

Michael Cohen used to be Trump’s top fixer. Now he’s a thorn in his side.

Cohen was President Trump’s longtime lawyer and fixer and was for years fiercely loyal to Trump, going as far as to say he would “take a bullet” for the president. But the tide appears to be turning.

In an interview with ABC News’ George Stephanopoulos earlier this month, Cohen emphasized that he prioritizes his family and country, not Trump. There have been multiple reports suggesting Cohen is considering making a deal to cooperate with Justice Department prosecutors, and he has publicly distanced himself from the president, going as far as to change his Twitter profile to remove references to Trump. He’s switched up his legal team, too.

As Vox’s Li Zhou points out, one of the big questions stemming from the report about Cohen’s possession of the McDougal tape is whether there are other tapes out there. Reports suggest there are.

State of the Union 2019: President Trump gives annual address amid border wall fight
Money Talks: This couple had 6 dogs. It got really expensive.
Why these scientists still doubt the coronavirus leaked from a Chinese lab
Poll: Prominent governors who want to reopen quickly aren’t so popular
What’s behind the anti-Semitism surge in the US
Some Mueller team members aren’t happy with Barr’s description of their findings