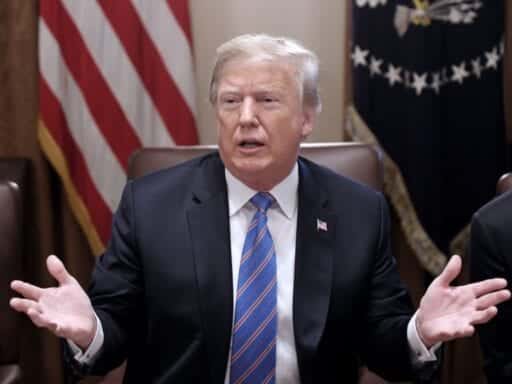 Over the past two days, the US president changed his mind about whether Russia interfered in the 2016 presidential election. He fumed privately about the lack of progress in talks with North Korea. And he even threatened Iran with potential war.

It was just another remarkable weekend in the President Donald Trump era.

Starting on Sunday morning, Trump repeatedly bashed former President Barack Obama for failing to stop Russia’s election interference. He then proceeded to call it “all a big hoax,” implying that he didn’t believe Moscow attacked America’s electoral system. But just last week, Trump said he accepted the US intelligence community’s assessment that Russia meddled during the 2016 presidential election.

On Sunday morning, the Washington Post reported Trump was unhappy his administration has come no closer to convincing Pyongyang to give up its nuclear arsenal. That undermines the president’s public stance: As recently as last Tuesday, he said discussions with North Korea “are ongoing and they’re going very well.”

Late on Sunday night, as most people were close to sleep, Trump jolted them awake with an all-caps threat to Iran on Twitter: “NEVER, EVER THREATEN THE UNITED STATES AGAIN OR YOU WILL SUFFER CONSEQUENCES THE LIKES OF WHICH FEW THROUGHOUT HISTORY HAVE EVER SUFFERED BEFORE,” Trump tweeted. His statement was likely meant as a response to what Iranian President Hassan Rouhani said earlier on Sunday, that “war with Iran is the mother of all wars” but also that “peace with Iran is the mother of all peace.”

If you missed any of this because you wanted to enjoy a politics-free weekend, no worries. We’ll get you back up to speed.

Last Monday, Trump shocked the world by siding with Russian President Vladimir Putin, who said that Moscow didn’t meddle in the 2016 presidential election. The US president then spent the rest of the week trying to walk that back, insisting that, yes, he actually believed the US intelligence community when they say Russia interfered.

He undid all that work in a Sunday tweet.

So President Obama knew about Russia before the Election. Why didn’t he do something about it? Why didn’t he tell our campaign? Because it is all a big hoax, that’s why, and he thought Crooked Hillary was going to win!!!

Let’s unpack this, shall we?

When Trump complains Obama didn’t stop Russian interference, he is admitting that Russia meddled in the election. That would seem to put him on the side of the US intelligence community.

But his next sentence is where it all breaks down: “Because it is all a big hoax, that’s why, and he thought Crooked Hillary was going to win!!!” That’s quite the contradiction. Trump is now effectively saying “Russia totally interfered and bad on Obama for not stopping it, but it’s actually all a hoax anyway.”

The cognitive dissonance caught the attention of certain conservative commentators:

And as for Trump’s oft-repeated complaint that Obama didn’t do anything about Russia’s interference: The Obama administration did take some measures — including privately telling Moscow officials to stop and also telling journalists that Russia stole emails from Hillary Clinton and other Democrats — but it clearly didn’t do enough to stop the Kremlin’s behavior.

It’s possible what Trump really means is that special counsel Robert Mueller’s probe into possible Trump campaign collusion with Russia is a hoax, or at least a “witch hunt.” That would make sense, since Trump has repeatedly stated this opinion.

But in this case, it looks like Trump has once again brushed aside the conclusions of his intelligence community — firmly putting him back in Putin’s camp, who says that Russia didn’t interfere in the 2016 US presidential election.

Mere hours after his historic summit with North Korean leader Kim Jong Un in Singapore on June 12, Trump tweeted that “There is no longer a Nuclear Threat from North Korea.”

A month later, he seems much less optimistic.

According to a Sunday story in the Washington Post, Trump is upset that high-level talks with North Korea have failed to convince them to dismantle their nuclear program and seem to be going nowhere.

It’s yet another signal that North Korea isn’t serious about giving up its nuclear arsenal. Here’s just one example: Earlier this month, Secretary of State Mike Pompeo traveled to Pyongyang for the third time to continue talks about dismantling North Korea’s nuclear program. Pompeo went, in part, because North Korea promised him a meeting with Kim. But Kim never showed — and opted to visit a potato farm instead.

People familiar with Pompeo’s discussion with the North Korean politician who did show, top official Kim Yong Chol, said the North Koreans “were just messing around” and “not serious about moving forward.” The meeting went “as badly as it could have gone,” the source told CNN on July 11.

Yet on Monday morning, Trump maintained everything was just fine — and even worked in a dig at the Post for its coverage:

(Hudson, one of the story’s reporters, quickly responded on Twitter: “We contacted the White House multiple times before the story ran.”)

Experts have warned that North Korea was unlikely to give up its nuclear program just because Trump wants them to. The Kim regime seems to see nuclear weapons as the key to its survival, mostly because it deters foreign countries, like the United States, from invading it.

So it’s not surprising that the Trump administration has made little progress. After all, previous administrations have tried and failed. It is worth noting, however, that Trump made it sound like he had solved the entire problem after his meeting with Kim — and it’s clear even he knows that’s not true.

Trump warns Iran of “CONSEQUENCES” if it threatens the US again

If you’re sick of worrying about a war with North Korea, you can switch things up by focusing on a potential war with Iran.

On Sunday, Iran’s President Rouhani gave a speech to Iranian diplomats that included some pointed words for the United States.

That address came the same day as a speech from Pompeo in California, where the secretary of state blamed the country’s ruling elite for much of the violence in the Middle East and taking money from the citizenry. “Iran is run by something that resembles the mafia more than a government,” Pompeo said. “Iranians want to be governed with dignity, accountability, and respect.”

It’s part of a purported effort by the Trump administration to oppose the Iranian government but side with the Iranian people.

Rouhani’s comments, though, didn’t stop Trump from threatening a war with Iran late on Sunday night — an event that could prove catastrophic for the country’s ruling elite and citizens.

That’s not all: National Security Adviser John Bolton followed up on Monday morning with a statement noting that “President Trump told me that if Iran does anything at all to the negative, they will pay a price like few countries have ever paid before.”

So let’s be clear: If Iran does something bad, whatever that may be, the possibility of war is on the table. After all, both Secretary of State Mike Pompeo and National Security Adviser John Bolton publicly called for airstrikes against Iranian nuclear facilities prior to joining the Trump administration.

My colleague Zack Beauchamp explains just how bad a war with Iran over its nuclear program would be:

Surgical strikes on Iran’s nuclear facilities would only set back the program temporarily, but destroying the country’s nuclear capacity entirely would require a massive military effort. That would kill thousands of people, destroy whatever vestiges of political stability remain in the Middle East, and potentially wreak havoc on the global economy — all while likely failing to permanently end Iran’s nuclear ambitions.

Iran, Beauchamp notes, would certainly respond by killing Americans in the Middle East and try to disrupt the global oil supply, much of which literally helps power the US economy.

So, yeah, not great. But that’s the scenario Trump’s tweet has brought us back to again.

I wonder what the Iranian people think about that.