Trump’s legal team is disintegrating ahead of his Senate trial 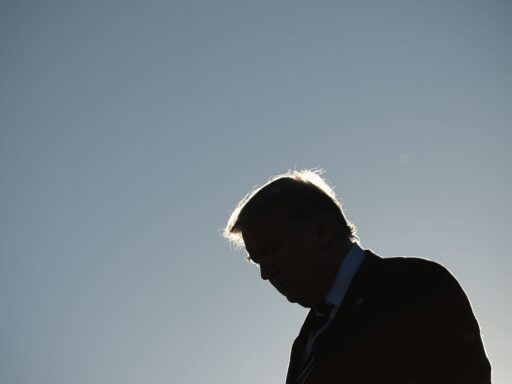 The head of Trump’s impeachment defense team has left; his exit was followed several others.

With just over a week until his Senate impeachment trial, former President Donald Trump’s defense team is disintegrating, with at least five lawyers departing or declining to join, including the South Carolina attorney selected just last week to lead the defense effort.

That attorney, Karl “Butch” Bowers, Jr., will no longer represent Trump when the former president faces the Senate on February 9 over his alleged role in inciting the violent insurrection at the US Capitol. Politico reports that Bowers and another South Carolina-based attorney, Deborah Barbier, were confirmed on Saturday to have departed from the team.

CNN’s Kaitlan Collins then reported on Saturday night that Josh Howard, another potential member of Trump’s legal team, would not be part of the team.

These resignations came, Collins’ sources said, because “Trump wanted the attorneys to argue there was mass election fraud and it was stolen from him rather than focus on proposed arguments about constitutionality.”

Finally, two other South Carolina attorneys who reportedly planned to be part of Trump’s team, Johnny Gasser and Greg Harris, have exited as well, according to the New York Times.

The news comes after Trump reportedly struggled to find lawyers to represent him.

Oral arguments are due to begin on February 9, a date chosen after some negotiation among party leaders. House Democrats serving as impeachment managers have their first filing in the proceedings due on Tuesday. Trump has until the day before the arguments begin to file his briefs.

Giuliani had suggested that he might lead Trump’s defense after representing Trump during a special counsel investigation into his 2016 campaign. However, he later said he can’t represent Trump as his presence at the Trump rally that proceeded the insurrection makes him a “witness.”

The departure of Barbier and Bowers was described to Politico as a “mutual decision.” Trump reportedly did not feel that he had chemistry with Bowers, “a quality the former president generally prizes in his relationships,” reported the Times’ Maggie Haberman. Additionally, Bowers does not maintain a significant media presence, another quality that Trump likes in his lawyers, according to Haberman.

Bowers is a longtime friend of Sen. Lindsey Graham, who first announced the hiring during a Senate GOP meeting on January 21. At the time, Graham suggested that the defense’s legal strategy might hinge on the idea that the impeachment proceedings should be considered unconstitutional, coming, as they will, weeks after Trump left office.

However, as Vox’s Ian Millhiser has explained, a majority of legal scholars say that holding an impeachment trial for a former president would be constitutional. Nevertheless, following the dissolution of Trump’s legal team, a spokesperson for the president again made the claim that the trial is unconstitutional, while also saying that Trump’s defense is still being finalized.

“The Democrats’ efforts to impeach a president who has already left office is totally unconstitutional and so bad for our country,” Trump spokesperson Jason Miller said. “In fact, 45 Senators have already voted that it is unconstitutional. We have done much work, but have not made a final decision on our legal team, which will be made shortly.”

Here, Miller was referring to a motion led by Sen. Rand Paul of Kentucky last Tuesday to force a vote on whether impeaching a former president would be constitutional. Paul, who has declined to admit that the November election was not stolen, was attempting to demonstrate that there will not be sufficient GOP support for conviction.

An impeachment trial conviction requires the support of two-thirds of the Senate, which means at least 17 Republicans would need to vote in favor of convicting Trump for the effort to be successful. There is little indication that many GOP senators will be willing to do so.

It is not clear who will now step up to represent Trump in the historic proceedings, which come after he was impeached in the House on January 13 for “incitement of insurrection,” after a mob of his supporters violently attacked the US Capitol building shortly after a Trump-led rally. The attack left five people, including a Capitol police officer, dead.

Giuliani has said he cannot. And Trump’s lawyers from his first impeachment, including White House counsel Pat Cipollone and Jay Sekulow, have signaled that they will not represent him in this one.

Even as Trump works to quickly reassemble his legal team, Democrats are moving full speed ahead with their prosecution.

According to the Washington Post, House Democrats have made plans to bring evidence linking Trump to the injuries sustained by police officers during the insurrection, and are using cell phone footage taken on January 6 to “build an emotionally compelling impeachment case.”

At least 140 Capitol Police officers were injured during the day’s events, according to their union. One is in danger of losing an eye, one was stabbed with a metal fence stake, and others have suffered spinal and brain damage, Gus Papathanasiou, the chairman of the Capitol Police Labor Committee, said this week.

One officer died from injuries sustained during the attack, and two other police officers who responded to the attack have died by suicide in the days since.

Democrats appear poised to use video evidence of the day’s dramatic and bloody events to make the case that it was Trump who incited this level of violence, and that he did so in an undemocratic attempt to maintain his hold on the presidency.

Democrats may also attempt to leverage the fact that members of Congress and their staffs were witnesses to the storming of the Capitol, and are reportedly considering calling police officers who tried to repel the insurrectionists to testify as witnesses.

As painstaking as Democrats’ preparations are, and as chaotic as Trump’s have been, for many observers is is all but a foregone conclusion that Trump will not be convicted.

While a handful of Senate Republicans have been critical of Trump in the wake of the attempted coup, most still support the former president, and have either signaled or said outright that they will not vote to convict. Many do not believe the proceedings should be allowed to go forward at all.

Both parties have suggested that they want the trial to be speedy — preferably lasting a week — as the country continues to face down a roiling pandemic and related economic calamity. However, the trial may not be the end of potential consequences for Trump’s role in attempting to overturn the election: If the Senate does not vote to convict, Democrats are also beginning to weigh a censure resolution, proposed by Sen. Tim Kaine of Virginia.

Books you can read about the US-Mexico border instead of American Dirt
The pandemic is fueling the private tutoring industry
The media’s biggest bias is its centrism
5 lessons on social distancing from the 1918 Spanish flu pandemic
How Big Mouth season 2 turns the horrors of puberty into sweet, nuanced comedy
Trump really doesn’t want Republicans to lose another special election

The real story behind TikTok

Got the vaccine? You can relax about your Covid-19 risk now. Really.