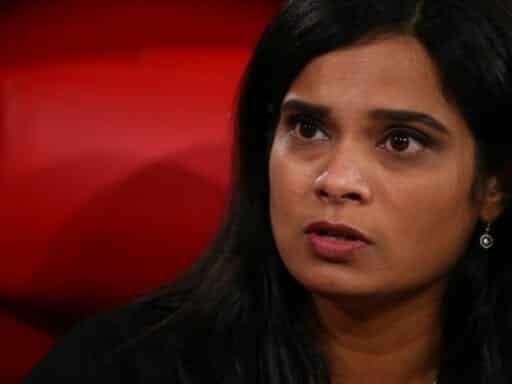 Vijaya Gadde, who oversees Twitter’s policy arm, said at Code 2019 there are a lot of “mechanisms and policies in place” that the company uses “very effectively” to combat such content.

According to one of Twitter’s top executives, there’s no denying that social media platforms can, in some cases, help radicalize people.

“I think that there is content on Twitter and every [social media] platform that contributes to radicalization, no doubt,” said Vijaya Gadde, who is Twitter’s top legal counsel and oversees its policy arm, as well as its health and safety efforts. “I also think we have a lot of mechanisms and policies in place that we enforce very effectively that combat this,” she added.

Gadde was speaking onstage at the Code Conference in Scottsdale, Arizona, on Monday, with Twitter’s product lead Kayvon Beykpour, as well as Recode’s Kara Swisher and Peter Kafka. Gadde said Twitter has taken down 1.6 million accounts for terrorism-related reasons, and that over 90 percent of those removed accounts were detected by Twitter’s own technology proactively without depending on user reports.

Twitter, along with Facebook, YouTube, and virtually every other social media network, has faced ongoing challenges with how to deal with hate speech and disinformation on its platform.

More broadly, Twitter has launched efforts to measure and encourage healthier conversation on its platform, but its progress has been slow, as Recode reported back in March.

Alabama’s and Mississippi’s troubling Covid-19 curves, briefly explained
How KFC’s dating simulator game gets players to fall in love with its brand
Lawyers can’t find the parents of 545 migrant children after separation by Trump
Why did liberals win so many cases before a conservative Supreme Court?
10 questions about the coronavirus outbreak, answered
Paleologos on the poll: Ask voters about Trump and get an earful, regardless of party