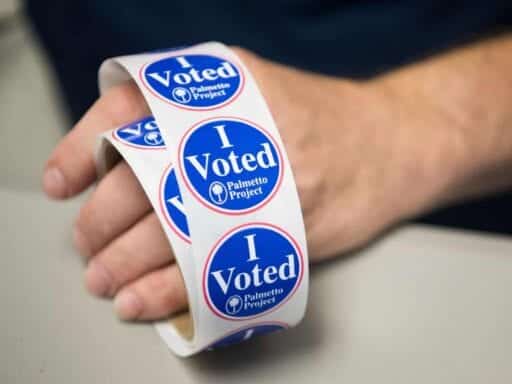 The increase coincides with a Supreme Court decision on the Voting Rights Act, according to a new report.

States are kicking a growing number of voters off their rolls in the wake of a 2013 Supreme Court decision that invalidated a key part of the Voting Rights Act.

The rate of voter purges — a sometimes faulty process that states use to clean their voter rolls — is significantly higher than it was a decade ago, according to a new report from NYU’s Brennan Center for Justice.

This increase coincides with a 2013 Supreme Court decision, which struck down a part of the Voting Rights Act that required nine states with a history of racial discrimination to obtain federal approval when altering their election laws.

Brennan Center researchers also found a major surge in voter purges in the places that had previously been subject to federal preclearance under the Voting Rights Act. Several states — including Alabama, Virginia, and South Carolina — with a history of racial discrimination in their voting laws had been required to run changes in such policies by the Justice Department, a practice known as federal preclearance.

The DOJ would then review the change and determine whether it was potentially discriminatory. The 2013 Supreme Court decision effectively stripped the ability to enforce this provision of the Voting Rights Act.

As the researchers point out, voter purging is an important process that helps states and counties maintain up-to-date voter rolls by canceling registrations for voters who are no longer eligible, including those who have moved or died. When conducted improperly, however, it can disenfranchise voters who are removed in error and not notified until it’s too late to ameliorate the problem.

That’s not just a hypothetical scenario. In Arkansas, thousands of voters were erroneously flagged in 2016 as the state sought to cull voters who had been convicted of felonies. In Virginia, voters were wrongly deleted from the rolls in 2013 based on a flawed database that tracked residents who had moved.

Myrna Perez, the deputy director of the Brennan Center’s Democracy Program, argued that such mistaken purging can have real consequences on Election Day in a New York Times op-ed describing the findings of the study.

Our analysis shows that as regions once covered by the preclearance provisions of the Voting Rights Act increased their purge rates, so too did the number of people who showed up to vote at their polling place but were unable to cast a regular ballot. This suggests that voters were missing from the rolls.

Voting rights advocates have argued that purging practices can disproportionately affect minorities and low-income voters — and add yet another barrier to people’s efforts to head to the polls. Supreme Court Justice Sonia Sotomayor — one of four who dissented in a 2018 case that upheld an Ohio voter purging law — cited this very concern in her dissent. “Our democracy rests on the ability of all individuals, regardless of race, income or status, to exercise their right to vote,” she wrote.

While the Department of Justice had previously served as a check on states’ voter purging, the federal agency has taken a different tack during the Trump administration and urged election officials to be more aggressive in their purging practices, the report notes. This guidance comes as Trump continues to warn against the threat of voter fraud, including the possibility of undocumented immigrants voting, though there is little evidence of that happening.

Instead, the data seems to suggest that voter purges could simply make it tougher for many people to cast their vote at all.

“No handshakes, please”: The tech industry is terrified of the coronavirus
Essential workers are losing their hazard pay even though the hazard isn’t over
President Donald Trump to back softer restrictions on China investment in U.S. tech
Thai boys speak publicly for the first time: “This experience taught me to be more patient”
A bioethicist on why reopening states will kill more black people
Liz Cheney asks Fox News viewers to reject Trump, after being censured by her state party