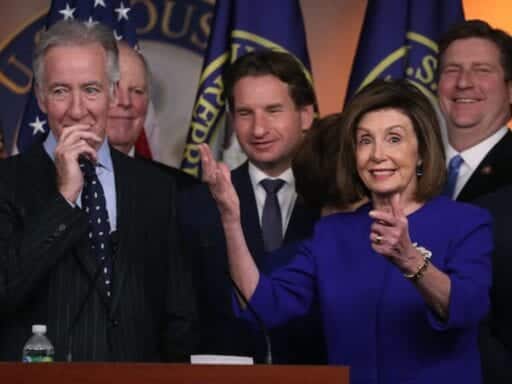 The House votes on a big trade deal; a former military leader sentenced to death in Pakistan.

“There’s a family feud under the water between what Trump and McConnell think is the best strategy.” [Dan Eberhart, a major Republican donor, on the upcoming Senate impeachment trial]

Watch this: Who pays the lowest taxes in the US?

Taxes are playing a big part of the Democratic presidential candidates’ campaigns. But who really pays the least taxes? [YouTube / Alvin Chang]

The case against otters

The only Christmas music playlist you will ever need

The abandoned asylum seekers on the US-Mexico border

Bolivia’s president promises new election after mass protests and report on electoral fraud
Half the people caught by Border Patrol are now children or families
The police shooting of Maurice Gordon, a black man killed during a traffic stop, explained
Kamala Harris’s controversial record on criminal justice, explained
Why marriages succeed — or fail
The rise and fall of the Hummer, America’s most needlessly masculine vehicle