What to expect from the final week of the impeachment trial 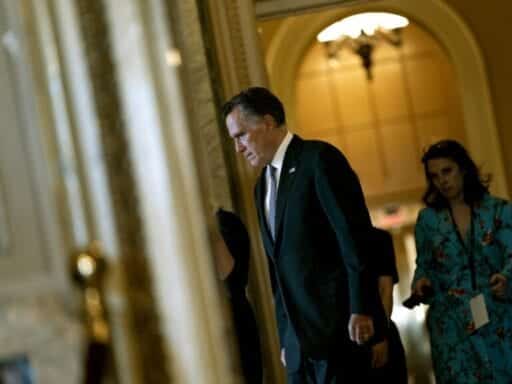 Every Senator will get ten minutes to explain where they stand.

Now that the Senate has blocked the consideration of witnesses, President Donald Trump’s acquittal is all but guaranteed. He’ll still need to wait a few days, though.

A Senate vote on the two articles of impeachment won’t take place until 4 pm Wednesday afternoon, after Trump has already given the State of the Union address on Tuesday. That’s according to a resolution the Senate passed Friday night, which lays out the schedule for the next few days:

This timeline is the byproduct of pressure from both Democrats, and some Republicans. Although a fraction of the Senate Republican conference had eyed a speedy vote on acquittal or conviction Friday evening, other members had urged lawmakers to provide time for senators to lay out their rationale for voting one way or the other.

Between now and Wednesday afternoon, senators will finally have an opportunity to break their silence on the trial. In lieu of a closed deliberation process like the one that took place during former President Bill Clinton’s impeachment, each senator will have 10 minutes to offer their arguments for conviction or acquittal as part of speeches on the Senate floor.

Much like the witness vote, these statements are widely expected to fall along party lines, though it will be interesting to see if more Republicans follow Sen. Lamar Alexander’s lead in acknowledging Trump’s wrongdoing when it comes to his handling of aid to Ukraine.

In a statement he shared on Twitter, Alexander concluded that Trump did, in fact, condition the military aid on the announcement of political investigations into the Bidens. Still, he noted, this act fell short of an impeachable offense. Other Republicans, broadly, have shied away from even acknowledging that Trump has done anything improper.

Remarks to look out for include those of Sens. Mitt Romney and Susan Collins, the only two Republicans to defect from the Republican conference and vote in favor of witnesses. Democratic Sens. Kyrsten Sinema, Joe Manchin and Doug Jones, three closely-watched Democratic moderates, could also offer some insight into how they plan to vote on the articles, as part of their speeches.

The trio of lawmakers are seen as the likeliest Democrats who could possibly vote to acquit, in part because of constituent pressure. Jones, for example, won Jeff Sessions’s seat in a special election after the longtime Alabama senator was named Attorney General, and is viewed as one of the most vulnerable Senate Democrats in the 2020 cycle.

Trump’s acquittal has been widely expected since the start of this trial, since it would take 67 senators (and therefore 20 Republicans to defect), in order to convict him. And because Republicans have broadly stayed united, and refrained from breaking with the president on the subject of including more evidence, his trial has also become the first in US history that won’t include witnesses.

Senate Republicans will have a few more days to attempt to explain their reasoning.

In 2020, scientists documented hundreds of new species. Here are a few.
A simple guide to the vaccines and drugs that could fight coronavirus
The 18 best TV shows airing right now
Netflix’s Tell Me Who I Am is a nearly unbelievable documentary about a dark secret
Sanders’s Cuba comments are bad politics
The right-wing populist wave is a threat to the climate