Why this political scientist thinks the Democrats have to fight dirty 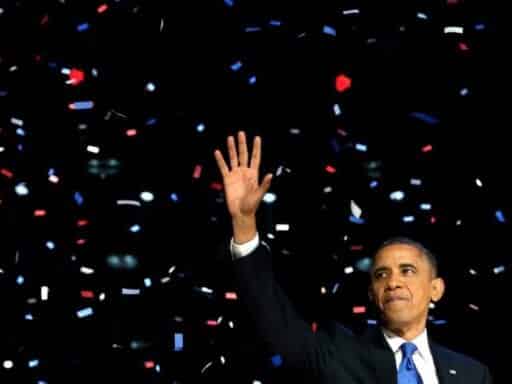 “The Republicans are behaving like a party that believes it will never be held accountable.”

In September 2016, an anonymous conservative writer published an essay called “The Flight 93 Election.”

The title was a reference to the one hijacked flight on 9/11 that didn’t reach its destination because passengers overwhelmed the hijackers and brought the plane down.

The logic of the essay was simple enough: The prospect of a Hillary Clinton presidency was so positively ruinous that conservatives had no choice but to support Donald Trump — no matter how awful or incompetent he appeared to be. The stakes were simply too high.

Until now, there was no left-wing equivalent to the “Flight 93” essay, no rallying cry that urged Democrats and liberals to do whatever is necessary to win. But David Faris’s new book, It’s Time to Fight Dirty, is the closest anyone has come so far.

Faris, a political scientist at Roosevelt University, argues that the Democratic Party must recognize that Republicans aren’t engaged in a policy fight; instead, they’re waging a “procedural war.”

What he means is that Republicans have spent the past two decades exploiting the vagueness of the Constitution to create structural advantages for their side — passing discriminatory voter ID laws, using the census to gerrymander districts, blocking Democratic Supreme Court nominees, and so on.

Faris writes Democrats have to recognize this reality and act accordingly, especially now that the Republicans are poised to conquer the Supreme Court for a generation. I reached out to him to find out what, exactly, he has in mind.

Your book feels like the left-wing equivalent of the “Flight 93” essay — an urgent Democratic call to arms. Is that how you see it?

Yeah, I think so. We’re at a very dangerous moment in American history. There’s been a massive erosion of trust in public institutions and in the broader electoral process. The Trump administration has been disastrously disruptive to the norms of our political culture.

Am I in “charge the cockpit or die” mode? I don’t know, but I do think our predicament justifies some serious procedural hardball from the Democrats.

Well, let’s talk about the Democrats. There are roughly three competing visions within the party about how to move forward: 1) Go the way of Bernie Sanders and appeal to working-class voters with progressive policy ideas; 2) go the centrist route in a bid to grab moderate, suburban independents and Republicans who might have voted for Trump but can be persuaded to jump ship; or 3) double down on the 2008 and 2012 strategies and hope to recreate the Obama coalition of women, minorities, and young people.

You say all these are nonstarters — why?

I think Democrats should have this debate, but my point is that no policy platform is going to win three or four consecutive national elections for Democrats because we know policy isn’t what decides elections; that’s not how most voters make decisions.

So there are no policy changes that are going to reverse the overall trajectory that this society is on right now. We have to address some of the structural barriers to progressive power in this country, and we need to take those things as seriously as we do the policy fights within the party.

I definitely want to get into some of these structural barriers, but let’s be clear about this point you’re making. A lot of people still think there’s some meaningful connection between policy outcomes and voter decisions, but there’s a good bit of political science research to suggest that’s just a fantasy.

Right. People just don’t seem to make the connection between policies and the party in power.

So, for example, the Democrats passed Obamacare and gave millions of people heath care, and yet tons of people who benefited from it have no idea what it is or how they benefited. And it’s like that with a lot of policies — voters simply don’t connect the dots, and so they reward or punish the wrong party.

I think the idea that we’re going to deliver these benefits to people and they’re going to be like, “Thank you Jesus, thank you for everything that you’ve done, let me return you with a larger majority next time,” is just nonsense. It’s the wrong way to think about politics.

That doesn’t mean we shouldn’t do things for people, but we’ve got to be serious about how elections are won. And they’re not being won on the basis of policy proposals or policy wins.

In the book, you say that Democrats are engaged in “policy fights” and Republicans are waging a “procedural war.” What does that mean?

The Constitution is a shockingly short document, and it turns out that it’s extremely vague on some key procedures that we rely on to help government function at a basic level. For the government to work, cooperation between parties is needed. But when that cooperation is withdrawn, it creates chaos.

Since the ’90s, when Newt Gingrich took over Congress, we’ve seen a one-sided escalation in which Republicans exploit the vagueness or lack of clarity in the Constitution in order to press their advantage in a variety of arenas — from voter ID laws to gerrymandering to behavioral norms in the Congress and Senate.

What the Republicans did to Merrick Garland was one of the most egregious examples I’ve ever seen.

This is the sort of maneuvering and procedural warfare I’m talking about, and the Republicans have been escalating it for two decades. And they’ve managed to entrench their power through these dubious procedures.

The result is that the structural environment is biased against Democrats and the Republicans have engineered it that way.

Let’s dive into some of your proposed solutions. For starters, you think Democrats should break California up into seven states. Why?

I don’t think the architects of the Constitution understood that population dynamics would create a state like California with 38 million people, and then a bunch of states like the Dakotas and Wyoming and Vermont and Delaware that have very small populations.

The end result is that voters in California and New York and Texas are systematically disadvantaged in national policy relative to their counterparts in smaller, rural states. It’s absurd that California and Delaware should have the same number of senators.

Given the current system, Democratic-leaning states, which contain far more people, are rarely going to be represented in the Senate. That’s not fair or democratic, and we shouldn’t accept it, especially with the current horror show in the White House.

It’s extremely unlikely that this will ever happen, but tell me how it would play out if it did.

Technically, from a constitutional standpoint, all it would require is an act of the California state legislature, signed by the governor of California, and then accepted by Congress.

So here’s what we need to happen: A referendum on breaking the state up into smaller states passes, and then it’s validated by the state legislature and then the governor, who would obviously need to be a Democrat, signs it, and finally, a Democrat-controlled Congress makes it official.

This is not as crazy an idea as people think. There have been several attempts to do it in California already, and you can make a pretty strong argument that the state is far too large to be ruled from Sacramento.

And if Californians managed to pull it off, we’d likely have another 12 Democratic senators in Washington, or at least more than we have now. More Electoral College votes too.

Tell me about some other “dirty” tactics you recommend in the book.

I think they should grant statehood to DC and Puerto Rico. Both states have held referenda that endorsed statehood. We have millions of Americans right now who have no representation in Congress.

To me, it’s just unquestionably the right thing to do. We should grant people the representation they want and deserve, and it just happens that doing so would almost certainly send four more Democrats into the Senate, and probably an all-Democratic congressional delegation from Puerto Rico too.

You also think the Democrats should kill the filibuster, right?

Yeah, I think they should eliminate the filibuster in the first month of the next Democratic administration, if it even survives that long. I think it’s another anti-democratic procedure in the Senate. We already have a constitutional framework that is deliberately difficult to work around to get policy change, and then you add a supermajority requirement in one of the two national legislatures? It’s just bananas. There’s no other country on the face of the earth that has a supermajority requirement to make routine legislation.

“Republicans are behaving like a party that believes it will never be held accountable for anything they’re doing, and so far they haven’t been”

You write, as well, that Democrats should start packing the courts with as many left-leaning judges as possible.

The Constitution doesn’t say how many Supreme Court justices we should have, and we have not always had nine. Up until the mid-19th century, it was routine for the number of justices to change based on the whims of Congress, so it’s not unprecedented.

The way I look at it, Democrats have won the popular vote in six of the last seven presidential elections. I went back and added up all the votes for the US Senate since 1992, and Democrats have won 30 million more votes over that time period. I think the American people have pretty clearly expressed their desire to have Democrats staff the federal judiciary, and yet, due to the Republicans’ procedural tactics, they’ve not been able to do that.

This is another one of those areas where you think the Democrats really have no choice but to play hardball because Republicans are already doing it and, in any case, are going to continue doing it.

The Republicans are already fighting court wars, and they’re winning. Obviously, the Merrick Garland story speaks for itself, but they also held up Obama’s judicial nominees throughout his entire term in office, including hardly allowing him to appoint anyone to the federal courts in his last few years, after they took the Senate.

So yeah, we’ve got to play hardball. And there are other things we could do that might be less inflammatory, like amending the Constitution to eliminate lifetime tenure on the courts.

That might actually lower the temperature around this issue and make the stakes for presidential elections a little less existential.

I don’t really disagree with your logic, but doesn’t this spiral of norm-violating give you pause? I get that this is a war Republicans are already waging, and it’s near suicidal for Democrats to ignore that. But I wonder what the end game is here.

We’re in the midst of a slow-motion unraveling of democracy in this country. If we don’t return the favor with some of this procedural war stuff, the only other option is to continue watching the other side do it. That’s not an acceptable option in my opinion.

I don’t think we can restore order by respecting rules that are not respected by Republicans. I do believe we’ll have to find a way to end this procedural war at some point, but now is not that time. Republicans need to know what it’s like to be on the other end of normative violations. The Republicans are behaving like a party that believes it will never be held accountable for anything they’re doing, and so far they haven’t been.

That has to change before we can fix this mess.